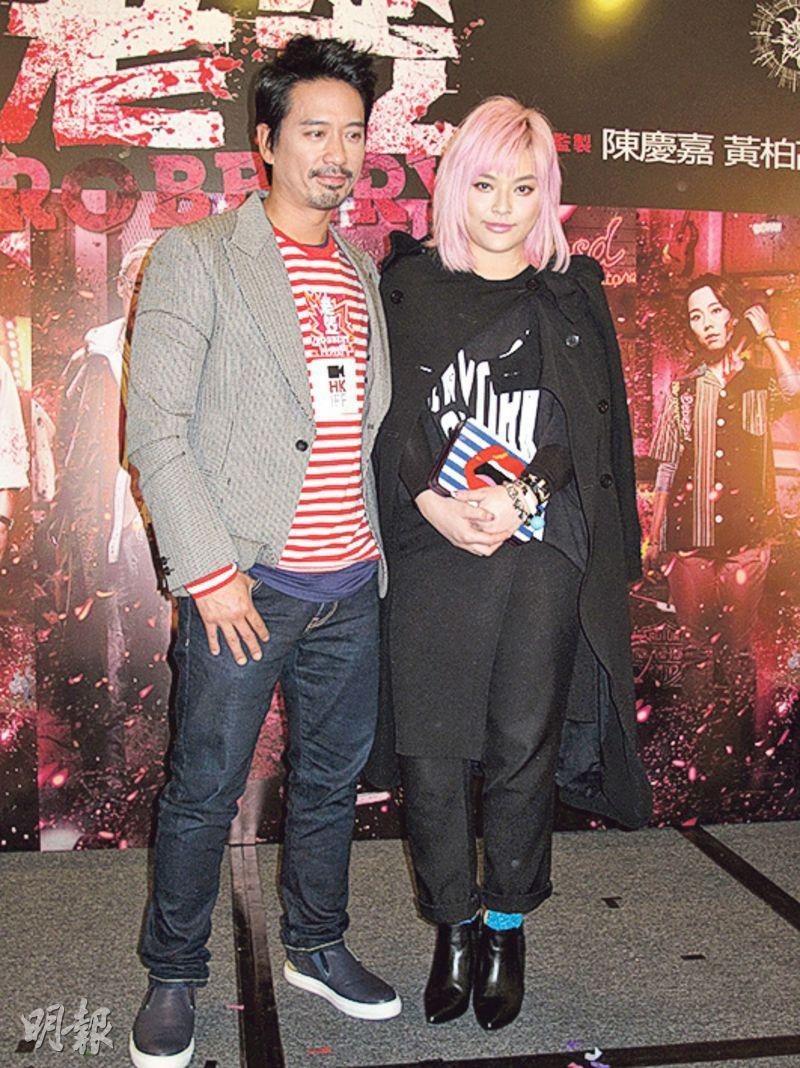 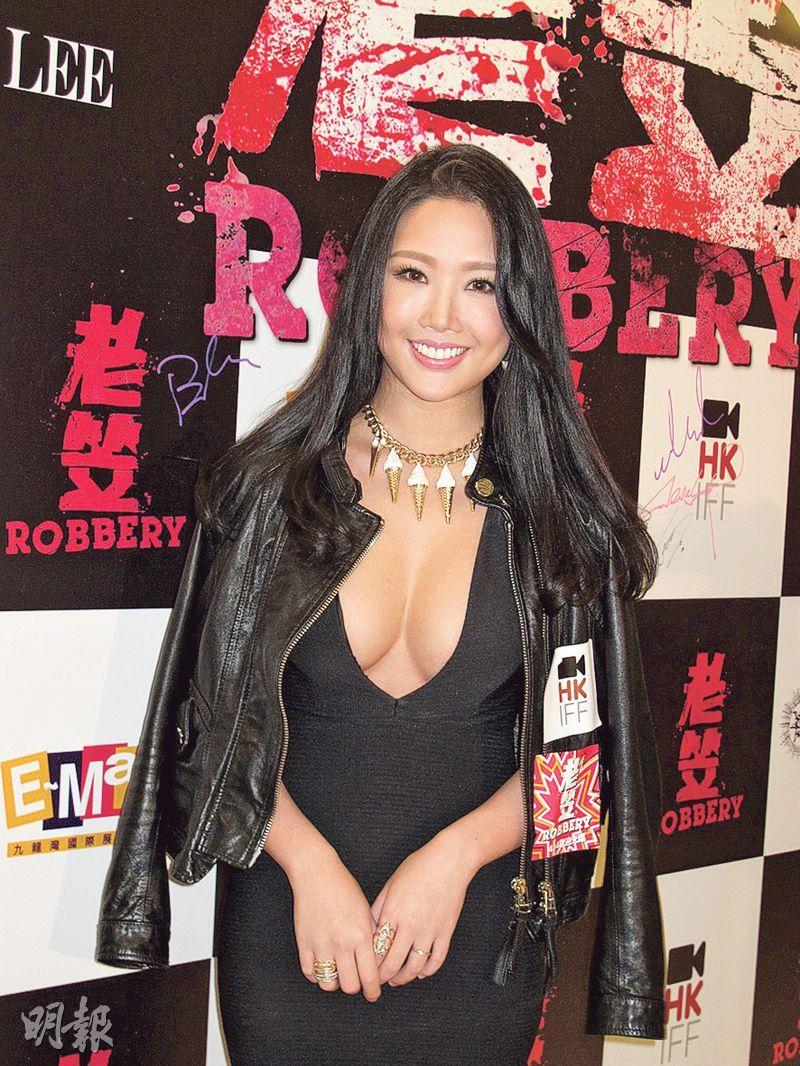 Anita Chui Bik Ka, Eric Kwok Wai Leung and wife Grace Ip Pui Man, Derek Tsang Kwok Cheung, J.Arie (Lui Sum Yu) and others two nights ago attended their film ROBBERY (LO LUP)'s premiere. Anita and Eric had many passionate scenes in the film. Would the presence of Eric's wife Ip Pui Man be awkward? She said, "I have said hello to his wife. (Are you afraid that Kwok Wai Leung would be punished?) I am not the one who would get punished, in addition I listened to Ip Pui Man's songs. She is an actress too and would understand. (Would you challenge the sexiness standards again?) I don't set the standards. (Full nudity?) I haven't thought about it, I don't want to set standards for myself. It would depend on what the script requires."

Eric stated that this performance made him the envy of many of his male friends. His "copping a feel" scene with Anita had frequent bad takes, which was very awkward for him. He even revealed that director Fire Lee (For For) personally "instructed". "The chest grab took six times. I touched them but the director thought I wasn't intense enough. He wanted me to just go for them, then the director demonstrated on my arm and my rear." Tsang Kwok Cheung was asked about his father Eric Tsang Chi Wai's lawsuit. He said that his father told him not to worry.
Posted by hktopten at 8:19 PM