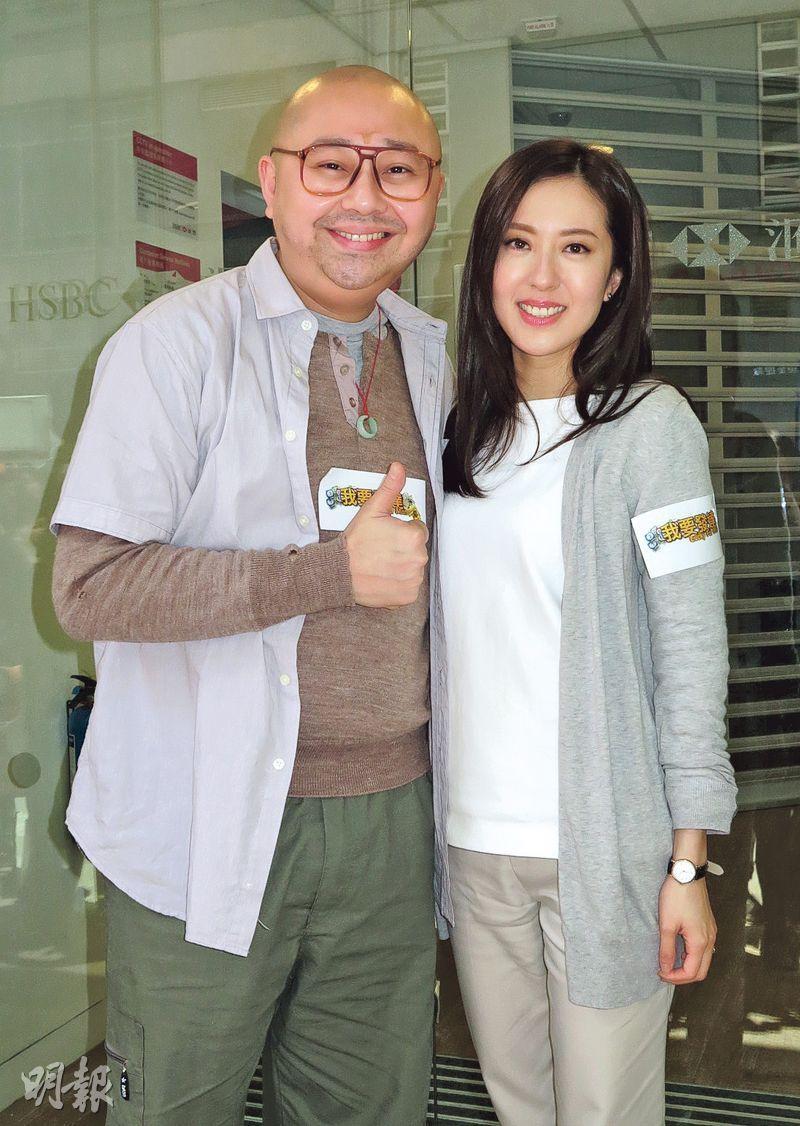 First time lead actor Bob jokingly thanked Yip Lim Sum for being daring enough to cast him. He also praised Tong Sze Wing's outstanding acting and believed that she will become the television Best Actress in two years. In the film Bob and Mak Ling Ling played husband and wife, but his goddess was Tong Sze Wing. At the same time he would have other beauties around him and he could not be luckier. In one scene Chan Ka Wun would seduce Bob. Would his wife supervise? He joked, "I prohibited her from coming. Although my daughter wanted to watch, I was afraid that after watching they would be mentally scarred."

Would he have any box office pressure as the first time lead actor? Bob said that he would do his best. In addition the film had many veteran actors. He would not think too much about it, as he only wanted to make more happy and positive films.

Speaking of Tavia Yeung Yi and Law Chung Him's surprise wedding in England, Tong Sze Wing said that she had no idea before hand. After finding out she already sent a text message to congratulate Yeung Yi. She said, "I have always been waiting for this day for her. When she comes back I have to drag her off to celebrate." TVB actresses have all wed. Sze Wing joked that it was a good opportunity to rise. She said, "After wedding they would have children and take care of their families, I will work hard and rise at work." Will she have a secret marriage too? Sze Wing said that she had no plan to wed and in this era a secret would be very hard to keep. Bob also said that at the end of the year he ran into Law Chung Him's mother. He said, "At the time I asked Auntie when they would wed, she said soon. She even asked me if I was the host could I charge less."

Chan Ka Wun said that she was still developing. Aside from continuing to grow taller, she also had results elsewhere. She said, "I was little and had no femininity, so seductions had no result. Now I can try more sexy characters, but in order to wear a bikini I will have to train a little more."

Earlier Alex Fong Lik Sun and Stephy Tang Lai Yun ended their ten year relationship. Some said that ANNIVERSARY (GEI LIM YUT) was the trigger. Yip Lim Sum hoped that the film did not affect them, because he already waited 7 years before asking them to make a movie. Some online suggested for Yip Lim Sum to make a new film to bring them back together. He said, "I feel like everyone else, I have to see if I have any suitable subject. In the short run we won't work together."
Posted by hktopten at 7:23 AM