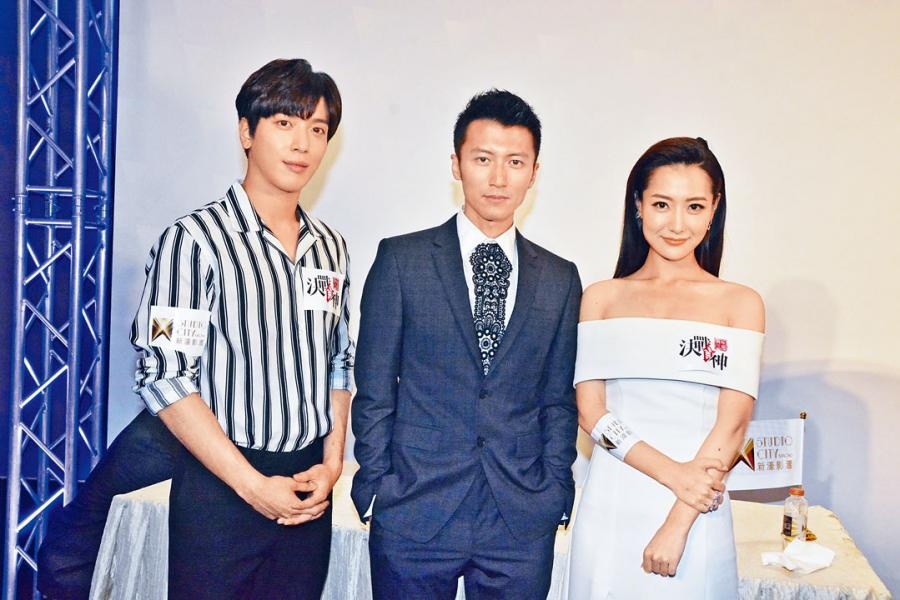 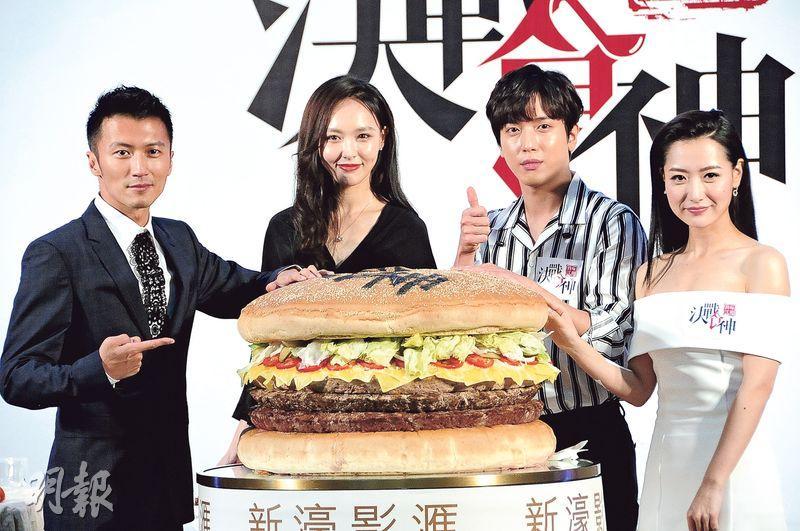 At the press conference, the event announced Anthony Wong Chau Sun's addition as the kitchen king who would battle with flavor king Ge You. Chau Sun pointed out that that would be their first collaboration. "Ge You is my idol, I was already studying him at school." Chau Sun revealed that soon after the production began he was invited to participate as one of the original characters. The character only had one scene. As for the cooking competition in the film, he said, "Actually I don't know what I should cook, because the production hasn't started yet I don't know the details."

Chau Sun said that he liked to cook too. His expertise of course was instant noodles. He would also cook some steaks, spaghetti type Western dishes. He was also inspired by GAME OF THRONES as he created a dish called "Kingdom Chicken", for which he stuffed all the ingredients into the chicken then roast it in the oven for two to three hours.

Now he has bought a book to prepare to study how to make 100 types of hamburgers. He even said that he admired Tse Ting Fung very much because he had to study all the dishes in the film, which was no easy task. He even appreciated Ting Fung's superb cooking abilities.

Because of all the cuisine in the film, Director Yip revealed that Yong-Hwa loved to eat the most. He ate everything. Every time he saw the cuisine he would go "wow" as his eyes lit up. Yong-Hwa said in Chinese, "I am an eater!" He remembered frying beef and onion the most, from which he suffered a huge setback. He also revealed that during the shoot Ting Fung treated him to his home made apple pie and roast pig.

The event arranged for Ting Fung and Yong-Hwa to catch fish and crab bare hand. When Ting Fung caught the fish, he returned it to the water twice and said that he was afraid that it would be away from water for too long. They also assisted two Michelin Star chefs and competed in a cooking contest. Chau Sun and Ge You gave them thumbs up after tasting the food. Yong-Hwa personally fed Bai Bing for her tasting and led to screams.

Later Ting Fung, Yong-Hwa and Bai Bing spoke to the Hong Kong media. Tang Yan left early. Ting Fung said that it was very rare for them to have so few bad takes despite the language barrier. He was very lucky to run into such actors who were willing to learn and high quality. Yong-Hwa said that everyone took great care of him during his first Chinese film, which put him more at ease during the production and made him believe deeply that the production would go smoothly. Bai Bing said that her first attempt in this subject was a completely different experience.

Ting Fung in the film played a street stall cook and dressed more casually. Two nights ago he still worked on the film without shaving. He only shaved for the press conference. He revealed that the production still had 10 more days and he would not be able to spend Father's Day with his sons. Earlier he performed two songs on a Mainland program and received decent response. He stated, "I wouldn't mind performing a concert, but I want an outdoor one where the audience can move and not just sit." He revealed that earlier he asked about venues and understood that many venues had restrictions. Did he celebrate his younger son's birthday last month? He said, "No comment on anything else." Faye Wong will perform a concert in December. He again replied, "No comment". When asked if he had anything good news, he pretended not to hear and left.

Yong-Hwa admitted that he was not a great cook. For the film he learned to use a knife and plating. Thus he became interested in cooking and hoped to be able to cook in the future. Would he ask Ting Fung for advice? Yong-Hwa said, "His cooking really is great. I can sense that he really loves to cook. I have a lot to learn from him." Because in the film he and Bai Bing had a kiss scene, he was asked if it has been shot yet? He said, "It's a secret." Reporters asked if he could not reveal anything about any intimate scene. Ting Fung cut in, "Maybe Yong-Hwa and I have one." He immediately pretended to kiss.
Posted by hktopten at 8:34 PM