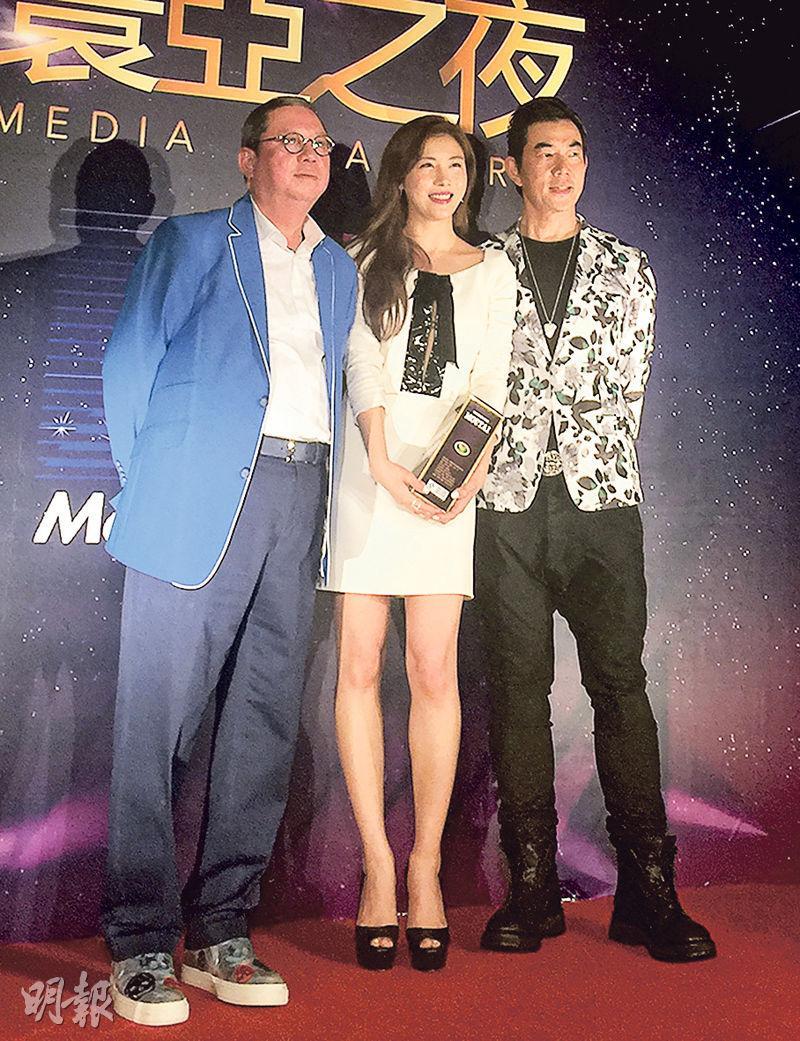 Media Asia Group and SMG officially signed a five year strategic alliance agreement. According to Lam Kin Ngok, an alliance with Korean show business with its rapidly development entertainment business would enable both parties to demonstrate their resource advantages in their own area as they jointly hatch developments in film, television, online series and platform and other intellectual property projects and strengthen their brands and business development. Speaking of the chain reaction that the alliance will bring, Lam Kin Ngok was rather confident. He said, "Starting in 2017, Media Asia will work on at least one film and television project that both parties will develop and invest in with SMG. Both parties will work together on IP development and IP derivatives. I believe that we definitely will achieve a win win situation in the future film and television market."

At the same time, to welcome Korean Best Actress Ha Ji-Won officially to Media Asia as she became its Greater China contract artist, boss Lam Kin Ngok at the Media Asia Party presented a welcome gift, a bottle of vintage Moutai to Ha Ji-Won! Boss Lam said that Moutai represents a specialty in China, a great bottle a wine for a great actress as it can promote Chinese culture. Ha Ji-Won said that she hoped through Media Asian's excellent work she would become an even more excellent actress.

Actually, Ha Ji-Won has made countless films in Korea. She signed with Media Asia in hopes of exploring the Greater Chinese market. Ha Ji-Won stated, "Actually China has always been my dream. I know that China already has many of my supportive fans; not only in China but the entire Chinese circle's fans are full of passion and love for me, for which I have always been very appreciative. So I want to be in even closer distance contact with them for interaction and understanding. China has many internationally renowned directors, thus I look forward to working with them very much. Now I finally have the chance to work in China. I am not only excited but I also hope to perform well wholeheartedly."

Which condition attracted Ha Ji-Won to choose Media Asia out of all the groups? She said, "Media Asia Group has a lot of influence in the entire Chinese circle. To me it truly is a tremendous honor. I believe that Media Asia Group would definitely be the most stable and solid partner for my activities in China."

Speaking of working with director John Woo (Ng Yu Sum) on the film MANHUNT, Ha Ji-Won praised Director Woo. "To be able to work with Director John Woo is like a dream come true, I am very excited! I really am filled with indescribable joy and honor. Director John Woo is not only a great international director Hollywood has already recognized long ago but also popular in Korea. In Korea everyone knew about Director John Woo's films in the 90s, almost everyone has seen John Woo's films. This time I have a chance to work with the director, to me it is like a dream come true. Also, I sense that the director is both kind and passionate, I believe that we will have a beautiful time working together." Playing a killer in MANHUNT, Ha Ji-Won would also have a love hate relationship with Zhang Hanyu. Although the production has not officially started, she already had to have some action and fight training.
Posted by hktopten at 7:59 PM