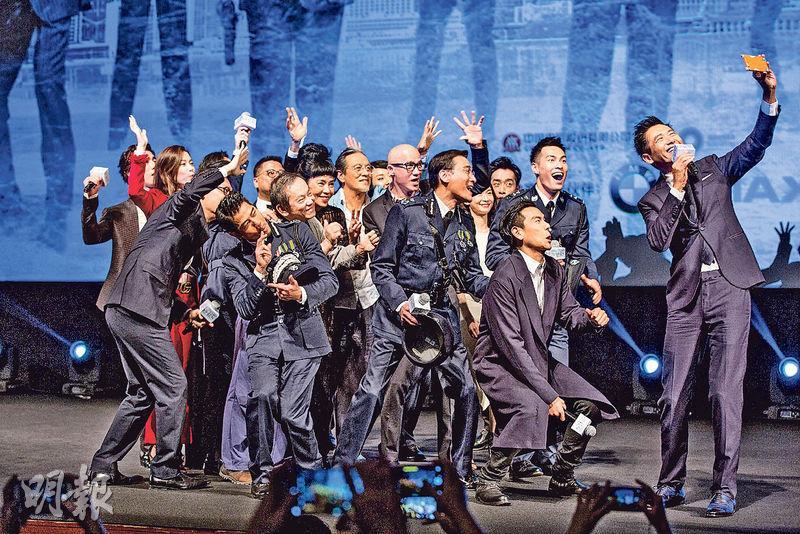 Sing Sing and Leung Ka Fai, Yeung Choi Nei, Tony Yang appeared on the red carpet in police uniform. Playing a crook in the film, Peng Yu-Yan was in a long black coat and appeared with Zhou Bichang, while Man Wing Shan caught the spotlight in red. At the premiere selfie god Chow Yun Fat again used his selfie skills and took ten in a row. Each actor fought for a good spot for the pose. Chow Yun Fat even took care of the audience and led all the actors and the audience in a selfie to share the joy.

Leung Ka Fai set up Sing Sing and said that in the film Sing Sing and Yeung Choi Nei were once in a relationship. He said, "In this one they even have to flirt." The crowd cracked up and so did Sing Sing. Playing Leung Ka Fai's son in the film, Peng Yu-Yan said, "I feel very lucky and fateful, whether in film or in life, Ka Fai Gro Gor has given me the impression of family. He supports me in whatever I am certain about doing."
Posted by hktopten at 12:59 AM