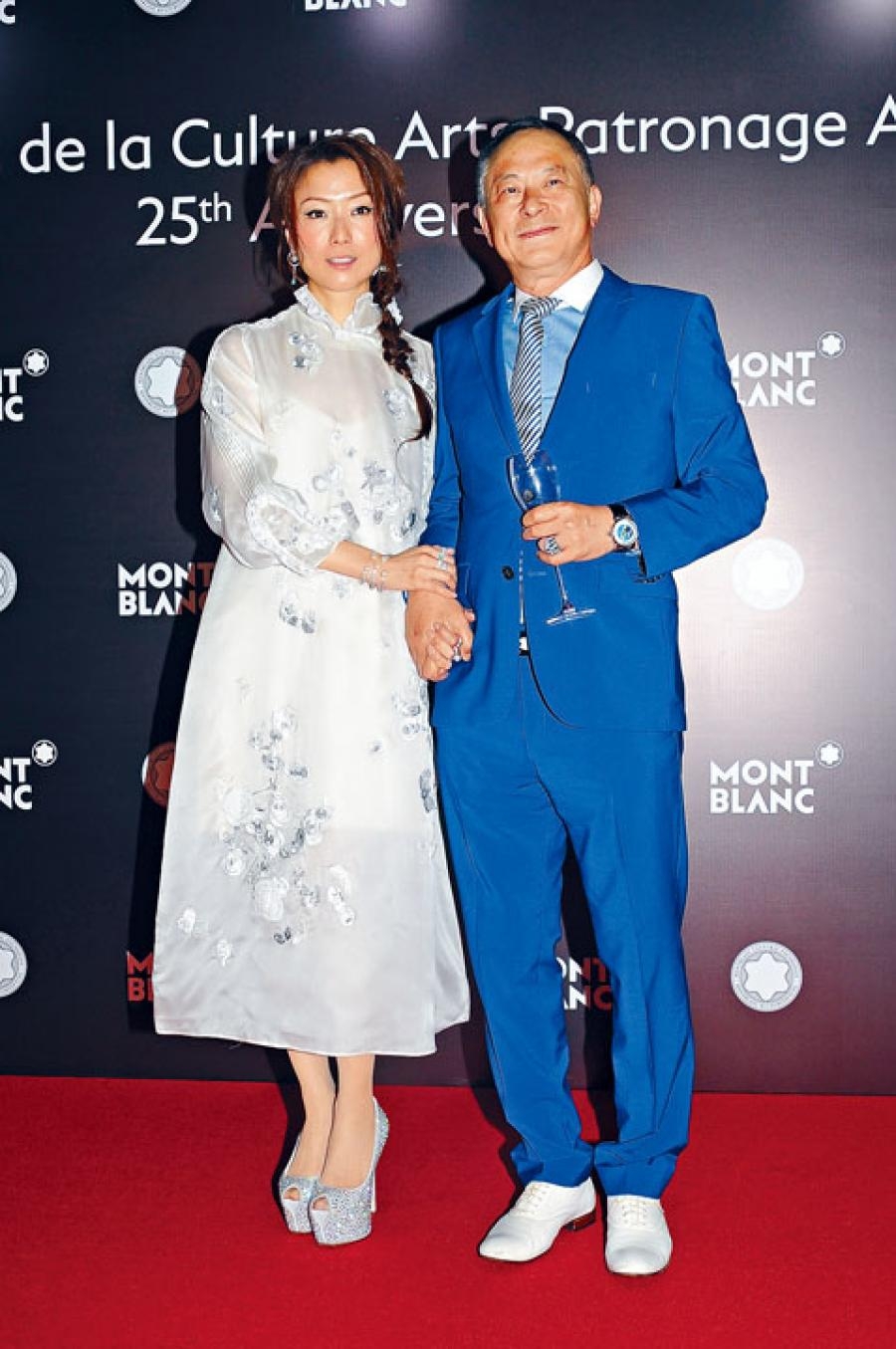 To Sir revealed that his past awards have been collected at the Hong Kong Film Archive. "All of my honors and awards came from the film industry, so they had to be collected in a commemorative place. The award acceptance was already a process, the rest was history for everyone to see. Ashes to ashes, dust to dust, in the end there is nothing. As long as it is organized it is fine!"

To Sir has won countless awards and has not officially counted. He said that he was not sure how many films he has made. Speaking of donating the prize to Fresh Wave, To Sir said that he would use it on organizing discussion forums and focus on cultivating a director. In addition, To Sir revealed that he is planning to work with Mr. Heung on his first science fiction film. After Wai Ka Fai turns in his script they would be able to start production in October this year.

Cheng Sau Man and husband Hui Chi On appeared in black and white but arrived separately. On Jai rushed inside after posing for photos, leaving Sammi to be interviewed. Sammi admitted that normally she would prefer to look cool, but yesterday was an important day for To Sir so she had to dress a little more elegantly. She and her husband arrived one after another because she knew she definitely would be late. She already asked her husband to wait downstairs for a long time. Before coming they did not plan to match what they wore.

To Sir revealed that all of his awards will remain in the Hong Kong Film Archive collection. Sammi agreed with the idea and felt that joy was already experienced when the award was accepted. She would remember that moment. "I have several dozen record awards but none is on display. I only have one film award." Would she like to win more film awards? She said, "This isn't my goal, if I do it would be very perfect, but life is full of flawed beauty!" Her concert ticket had four tickets per person limit. Did it apply to her husband On Jai too? Sammi said that this question was very hard to ask, ultimately everyone got a little. Because this was a supply issue, it could not be resolved. She would not add more shows mainly because she wanted to save her voice and energy. "I am very sorry about fans not being able to get tickets, as a singer I am not as powerful as everyone imagine. I have no ability to make changes!"

Heung Wa Keung will make a science fiction film with To Kei Fung. Will he guest star? Mrs. Heung chimed in and said that her husband had no acting bug. He guest starred in FROM VEGAS TO MACAU 3 (DOH SING FUNG WON 3) because the film made over 900 million at the box office. Mr. Heung said that the new film will star his son Jacky Heung Jor, as he hoped for him to hone his acting abilities.

Wong Chau Sun praised To Sir for always being a thoughtful person. This time he even donated the prize to cultivate new comers. Chau Sun also put an effort into training new comers. He taught classes and when he ran into good students he would recommend them to colleagues to see if they had any suitable character. Earlier he recommended a female students to Director Herman Yau Lai To. Would he consider becoming a manager? Chau Sun said, "This is another science, public relations work is not for me. I insult people more than I greet them, then they would either be hired when I told them to or not at all."
Posted by hktopten at 3:38 PM