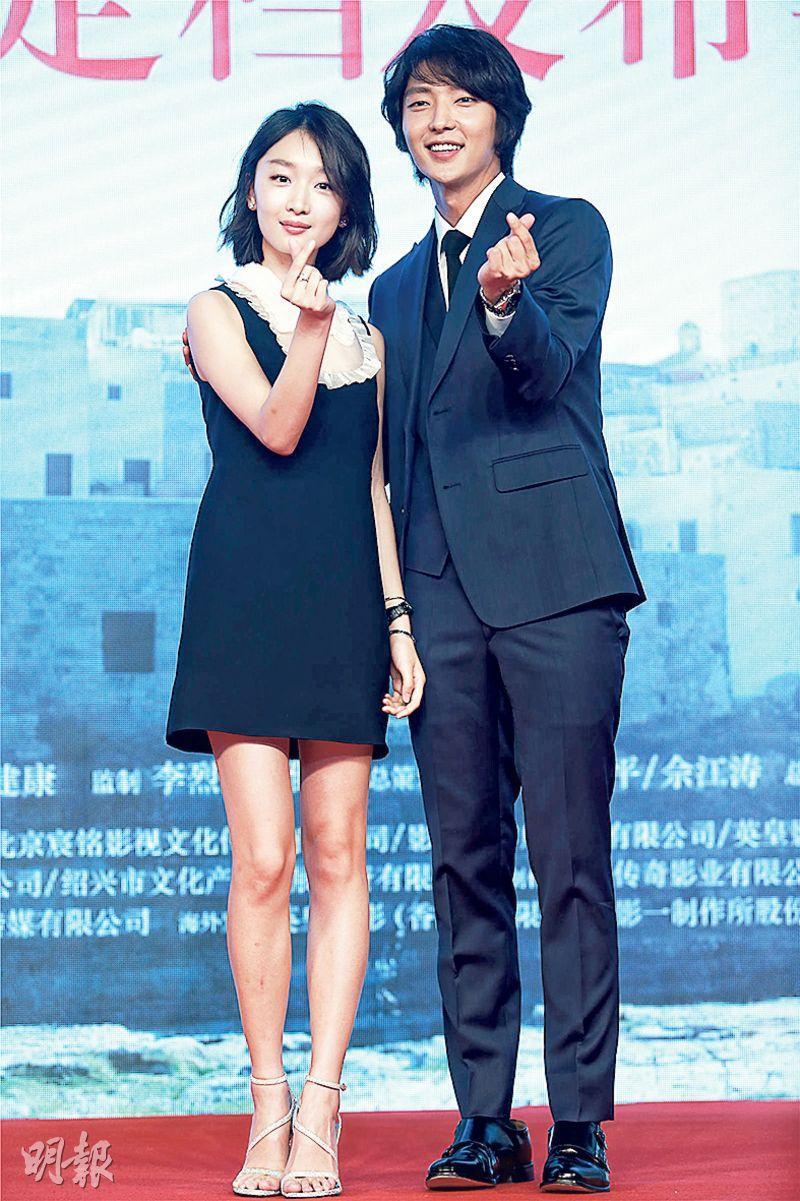 Lee Joon-Gi and Zhou Dongyu were hooked up to a lie detector machine. With the host's questions, they could not help but reveal a lot of behind the scene stories the from. In coordination with the questions, the leads' highlight videos were shown as well. Lee Joon-Gi ignored his image and inhaled pork knuckle, which actually was for pursing Zhou Dongyu in the film. Zhou Dongyu sang in the bathroom and even threw stuff in a rage. She stated, "This time the violence enabled me to have a real emotional eruption." Lee Joon-Gi reprised a small dance number from the film and the crowd erupted. When asked about how many times they kissed in the film, Lee Joon-Gi said too many. Zhou Dongyu after learning that could not tolerate the fans' scream as she yelled, "Joon-Gi Oppa is still everyone's Oppa!"

Speaking how the film connected lies with love, Lee Joon-Gi said that his character has always been her boyfriend. To his character, he lied because of how deeply he loved. Zhou Dongyu said that lying helped her overcome difficult times and start her life over. To her, lying was deep love. Actor Xing Jiadong said that in the film he and Lee Joon-Gi were like brothers, as he was concerned for the young couple. Playing Zhou Dongyu's bestie in the film, Tang Yuan even revealed that she bravely made her feeling know to Lee Joon-Gi.

In addition, the film officially announced that its title has changed from UNDER THE SICILY SUN to BEGIN AGAIN. Speaking of this Chinese title change, executive and chief producer Jiang Hao said, "Sicily is closely related to the film story, at the same time in order to guarantee the aesthetic romance of the romantic film, our team also went on location to Italy. The film story started with a beautiful lie. The word lie was the most able to directly hit the nail of the film story center on the head and even more suitable for it. I believe that after the audience watched the film everyone would understand the hidden meaning of this word." Director Lin Yu-Hsien even revealed that he would often after drinking with Lee Joon-Gi said "something romantic between men", which led to endless screams throughout the crowd.
Posted by hktopten at 6:07 PM