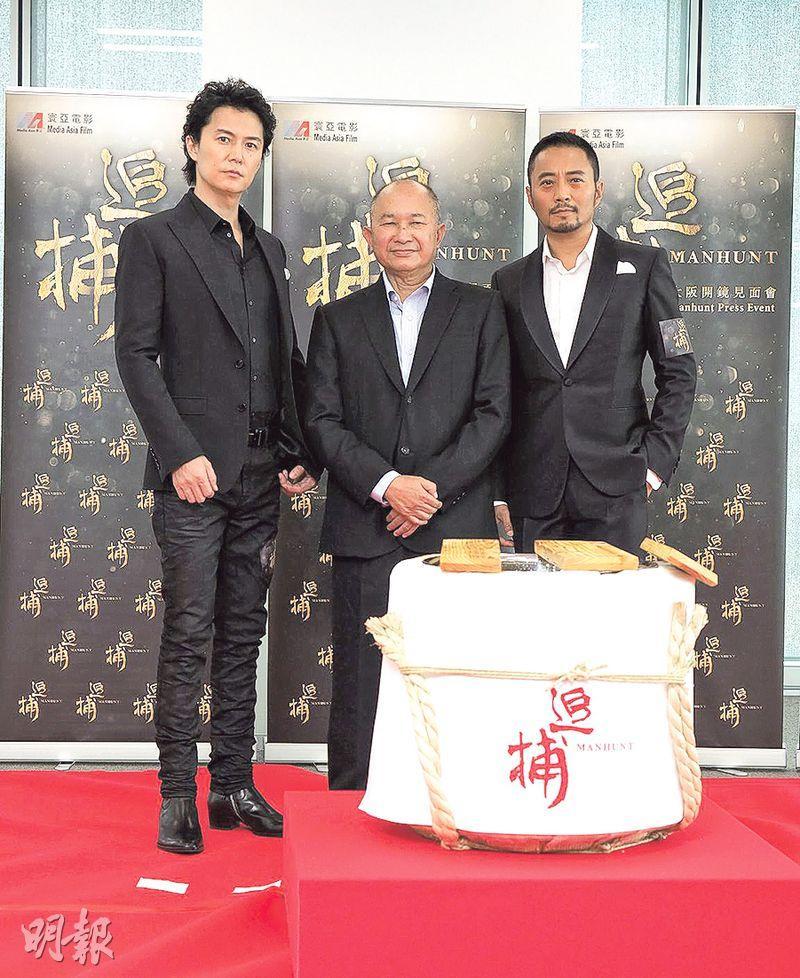 Fukuyama said that he has already worked with Director Ng, so he was still confident about the action scenes even though he only had a few. Another lead actor Zhang Hanyu said that the shoot had been rather difficult. All the running was very tough and after the shoot he did not want to do anything, and he still had a long time that he would have to keep running. Would they hold back when they fought? Fukuyama said that he did not know. "Because it would depend on the situation. When we really reach that emotion we might not be able to control ourselves and would naturally fight." Zhang Hanyu said, "No matter how we fight we would have protection and precaution, otherwise everyone would go to the hospital after the shoot. However, all the action designs were very realistic, the audience would definitely feel the excitement."

The selection of Osaka as the MANHUNT production location was very important to Osaka officials. Aside from an independent press conference in Japan for the film earlier, the Osaka prefecture governor Ichiro Matsui and Osaka mayor Hirofumi Yoshimura took time to participate on the day of the ceremony. Kintetsu Corporation Abeno Harukas' chief Kensuke Nakanishi, who has strongly supported the production on locations, also attended. After the director, the actors and guests conducted the wine drum beating ceremony, everyone immediately raised their sake for a toast.

Director Ng Yu Sum thanked the Osaka Prefecture governor Ichiro Matsui and Osaka mayor Hirofumi Yoshimura's strong support. "I am very happy to be able to shoot in Osaka, many places made exceptions with road blocks for us to shoot at. Anything we needed assistance with we received. I hope to be able to capture the scenery of Osaka."
Posted by hktopten at 8:20 PM