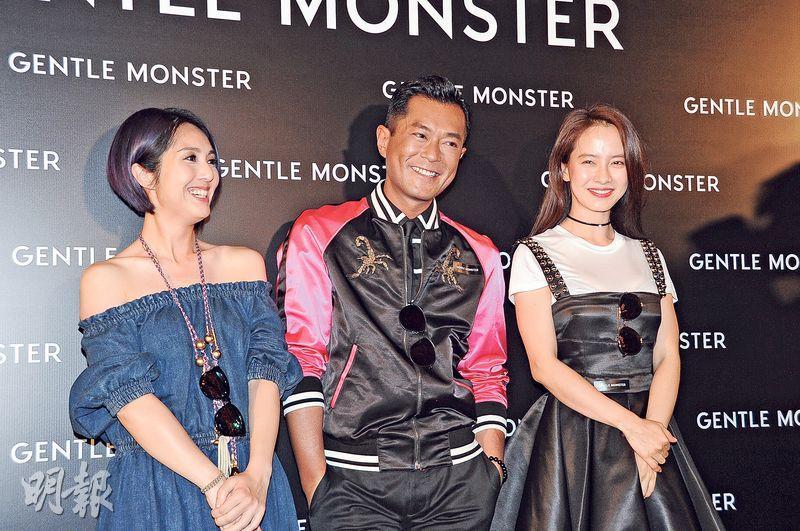 Korean goddess Song Ji-Hyo last night with Louis Koo Tin Lok and Miriam Yeung Chin Wa attended a Causeway Bay glasses brand shop opening. Goo Jai in the summer has 5 films releases, including THREE (SAM YUN HUNG), LINE WALKER (SI HUNG TOH JEH), LEAGUE OF GODS (FUNG SUN JUEN KEI), S STORM (S FUNG BO) and CALL OF HEROES (NGAI SING). He admitted that this would be the first summer that he would have 5 releases, in the future he will be busy with promotions as well as working on Benny Chan Muk Sing's MAL SING YUN. He said listlessly, "Under the sweltering heat I had to shoot in a ball park out in the open. A worker got heat stroke. I didn't but I was drenching in sweat. It was exhausting." Was he worried that his films would drag each other's box office down? Goo Jai joked, "I hope it drags down the Olympics, don't watch the Olympics. I would also tell friends to drag down their pants in support and watch every one."
Posted by hktopten at 6:17 AM