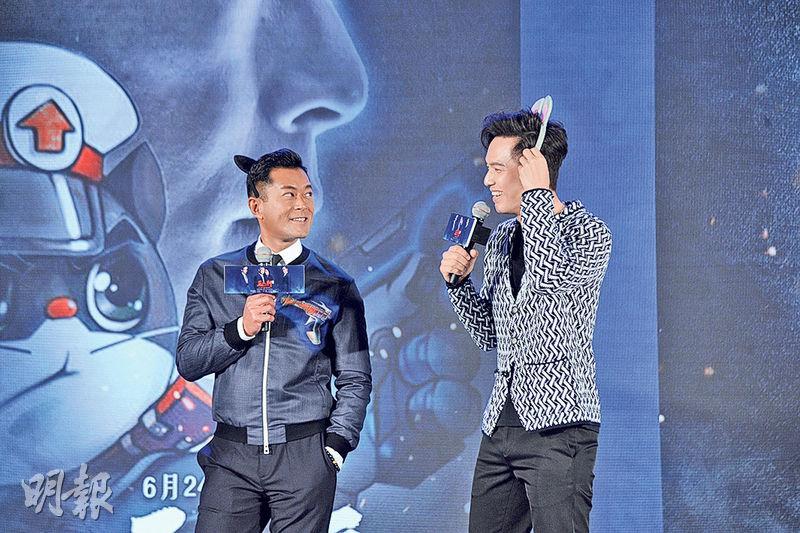 Louis Koo Tin Lok and Wallace Chung Han Leung yesterday attended the film THREE (SAM YUN HUNG)'s Beijing press conference. They in the film played a cop and a robber. At the event they wore cat and mouse ears respectively. Goo Jai stated, "I don't feel like taking them off!"

Director Johnnie To Kei Fung said that the major scene was a long distance shot of an one take gun fight. He refused to use special effect production, which truly was a big breakthrough and challenge. The team of almost 200 rehearsed for two full months and performed the life and death gun fight in narrow hospital rooms. Goo Jai took the chance to complain that during the shoot Chung Han Leung injured his eyes with broken glass.

Two nights ago at the premiere the two leads, To Kei Fung and producer Yau Nai Hoi walked the red carpet. A reporter asked To Kei Fung about Vicki Zhao Wei not resembling a doctor. He laughed and said, "You don't look like a reporter either!"
Posted by hktopten at 3:59 PM