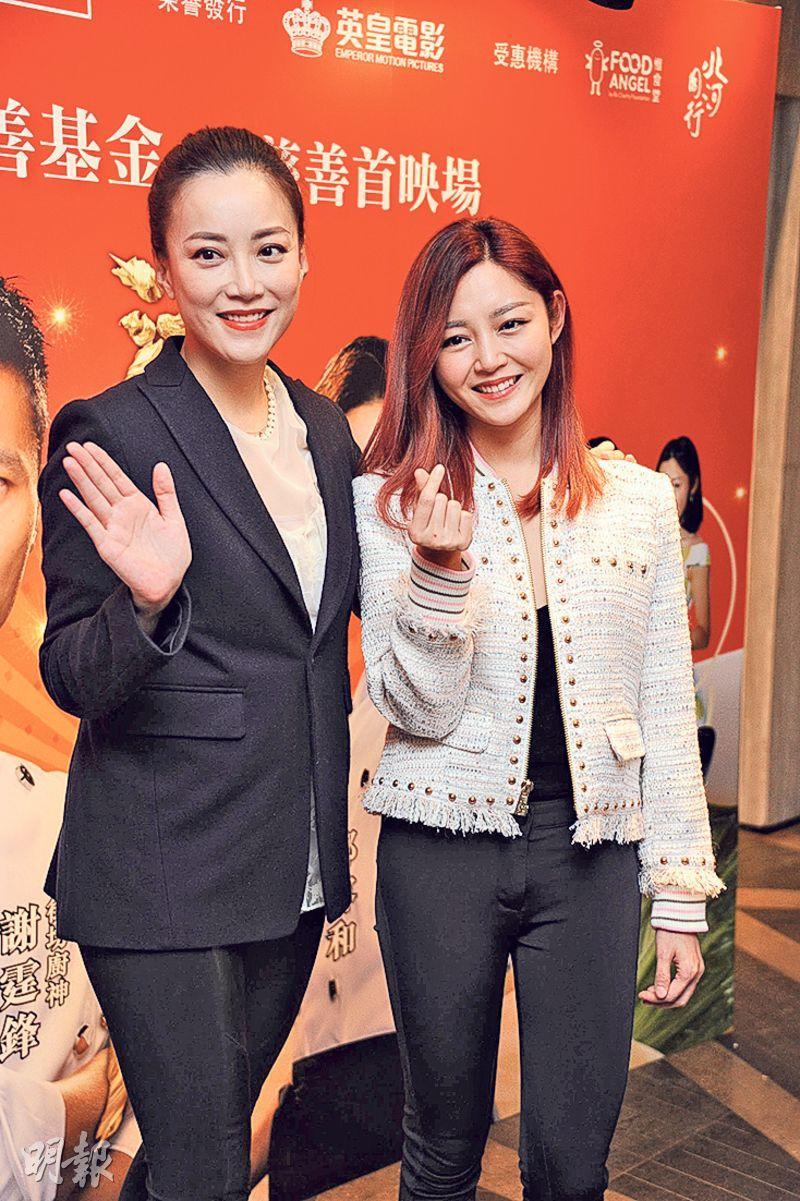 Mani Fok Man Hei two nights ago attended the Emperor Motion Picture COOK UP A STORM (KUET JIN SIK SUN) charity premiere. As the executive producer and producer Mani revealed that Tse Ting Fung was busy with the film's Mainland promotional tour. As for his injury, she said that Ting Fung was very injured this time and could not cook in the short run. "Because his tendons were stuck together they led to an infection. In general chefs would be this way only after years of studying. He in three years turned this way." Mani pointed out that Ting Fung has always been very tough, but this time he took one or two painkillers and still could not stop the pain. "He saw an orthopedic expert, the only way is for him not to cut or cook anything. He was very heartbroken. (Would Ting Fung listen?) It's not up to him, he couldn't cook at all." Mani said that Ting Fung needed rest and thus his April and May jobs would have to be postponed. She said, "I feel he should put down the knife and make some commercials." She sad that Ting Fung received a Hollywood film offer, for which he would have to fight. However she would have to see Ting Fung's condition before making the arrangement. "Ting Fung said that he never expected to be fine from all the fighting but for something to happen like this."
Posted by hktopten at 3:03 PM