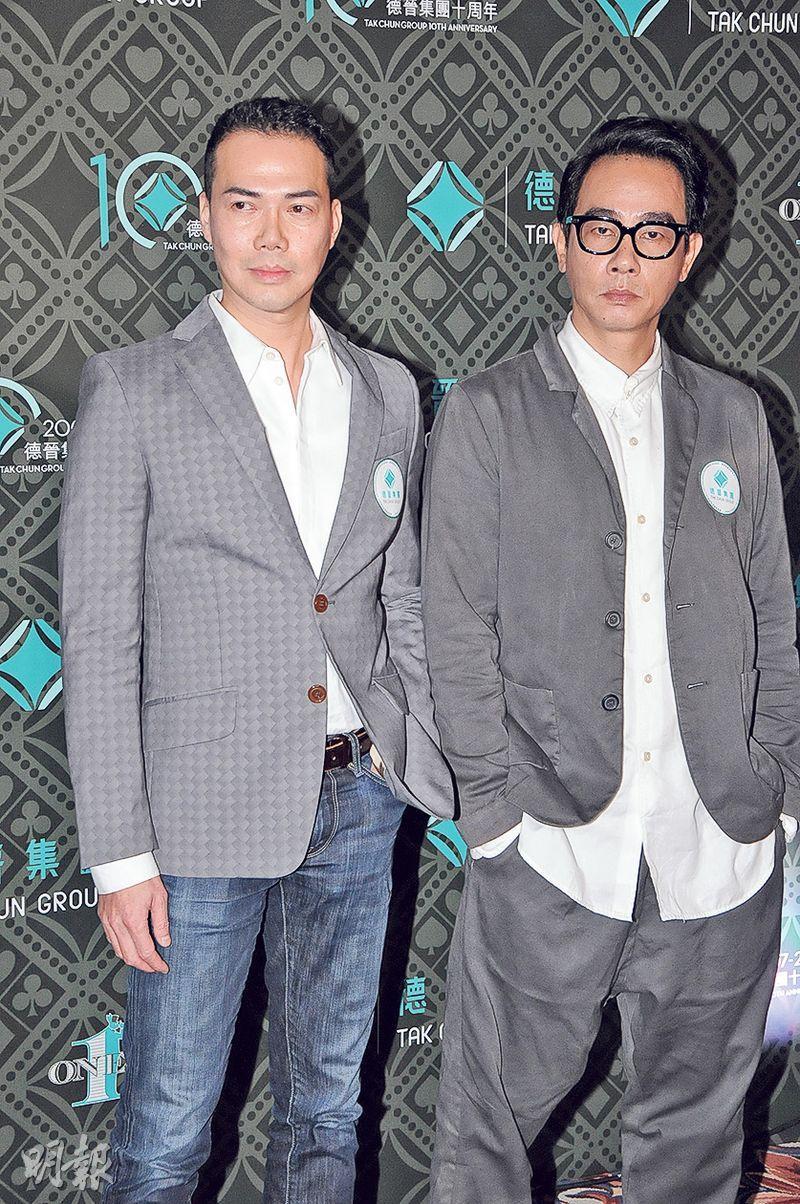 Jordan Chan Siu Chun, Emme Wong Yi Man, Chan Kwok Kwan, Michael Tse Tin Wa two nights ago attended the Tak Chun Group spring banquet in Macau. Starting work on the new YOUNG AND DANGEROUS (GOO WAT JAI) film at the end of the month, Chan Siu Chun admitted that after 20 years the original team will work together. They will shoot on location in Japan, Budapest and Montenegro. Eric Tsang Chi Wai will go as well, so he believed that there will be work and play. The Wise Guys have already become Wise Gramps. He revealed that this time the subject will be heroic thieves. Would he miss his son at work? Siu Chun said, "I would, because he started to call me. Earlier when he visited me at work for the first time, when I waved to him he ran over and grabbed my leg. That moment was very heart warming, which I felt was worth all the hard work." Would Siu Chun try for a daughter? He said that he has been working at it, but he would mind having either a son or a daughter. Speaking of Louis Cheung Kai Chung's prediction that he would become a mad man after the birth of his daughter, Siu Chun said, "If it's a girl then I have to be a tough guy, along with my son two tough guys would protect my wife and daughter together." As for the earlier false rumor of cheating, Siu Chun said that he was used to it after years in the business. "Like the cops say, if you have enough then 'do' me in. I was happy to see my wife's support, but show business is show business."
Posted by hktopten at 2:50 PM