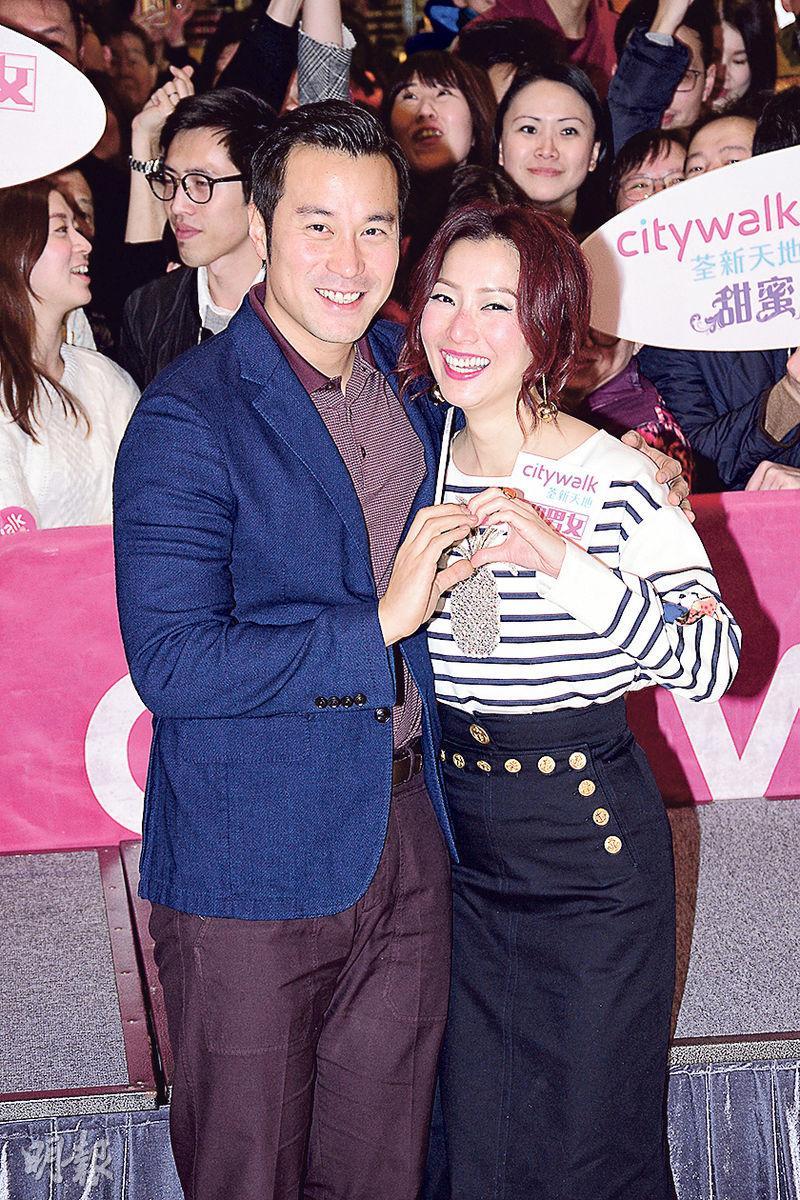 Sammi Cheng Sau Man and Joseph Chang Hsiao-Chuan two nights ago attended the film LOVE CONTRACTUALLY (HUP YEUK NAM NUI) premiere in Tsuen Wan. It happened to be the Lantern Festival. They not only made heart shaped chocolate but Chang Hsiao-Chuan also presented roses to Sammi. After accepting them Sammi pretended to propse to Chang Hsiao -Chuan. Samm even revealed that on Valentine's Day she will ditch Andy Hui Chi On to spend it with Chang Hsiao-Chuan.

At the premiere, they demonstrated the dance scene. Sammi said that it was not too difficult but they spent a lot of time on practice. Chang Hsiao-Chuan said that he did not know how to dance at all, luckily he was able to handle it in the end. Working with Chang Hsiao-Chuan for the first time, Sammi pointed out that although he warmed up slowly he was a very focused actor. She said, "On the set he would sit on the sideline. As soon as the director told him to take his mark he would react very quickly and sprint to the set. He was very focused. I really liked this time of highly focused actors."

Chang Hsiao-Chuan admitted that he warmed up slowly. When he learned that on the first day of work he had to yell at Sammi, he felt very nervous. Because they have never worked together before, he had no understanding of her. Yet he knew if he was embarrassed, he would make his co-star feel embarrassed. So slowly he was not as nervous. He also said that at first he felt that since Sammi was a diva she would be very cool. He did not dare to get close to her. Yet after working with her he learned that she was a happy, warm and lovable person.

How would they spend Valentine's Day? Sammi said that she would promote the film wth Chang Hsiao-Chuan in Ningbo. On Jai might also have to work as well. Did they get gifts already? She said, "I didn't have time, I will take off soon. (Do you have any memorable Valentine's Day?) No, I wouldn't make a big deal. However the older I got the more I liked getting flowers. Flowers are very pretty and vibrant. I am very happy to see them at home." Chang Hsiao-Chuan said that Valentine's Day was not a big deal to him so he never celebrated. Was he romantic? He sad, "I am romantic, I would cook for my girlfriend and would suddenly appear to surprise her. (How would you spend a memorable Valentine's Day?) I haven't yet. It would be good to. I never really thought about it. It's pretty good to spend it at work!"
Posted by hktopten at 2:54 PM