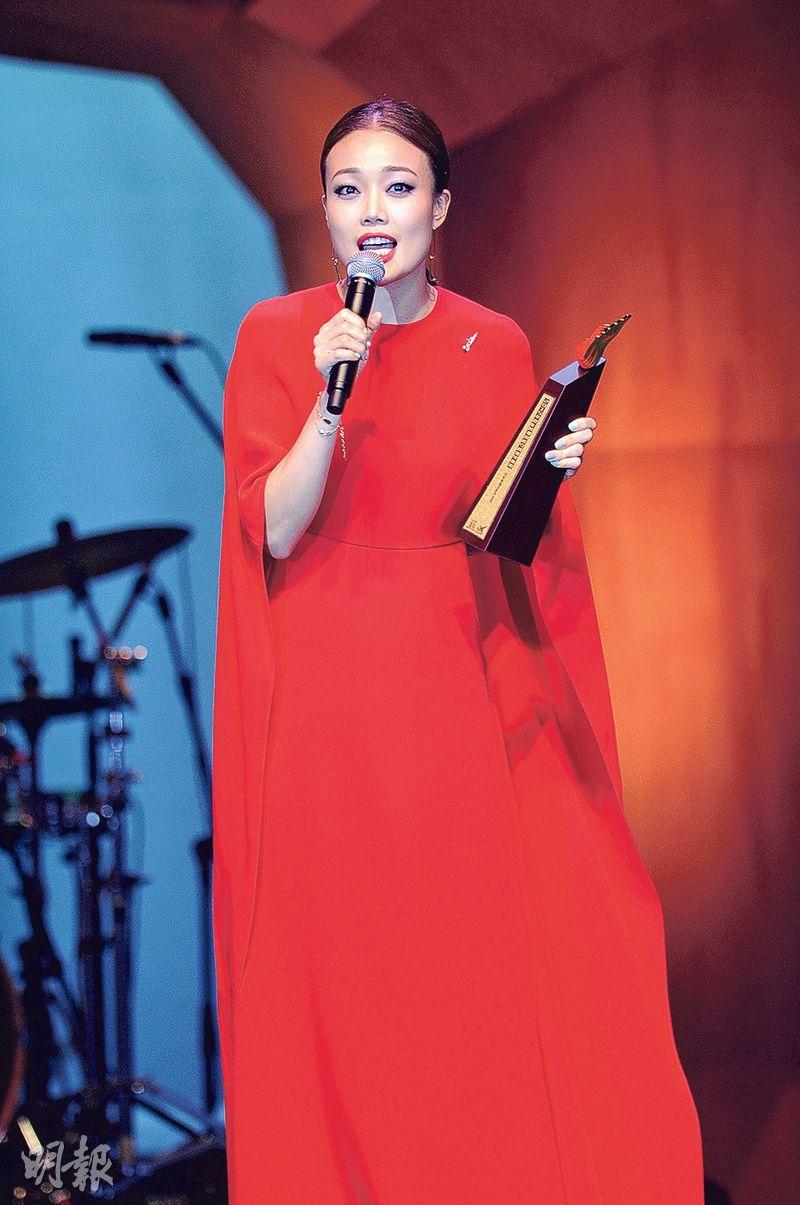 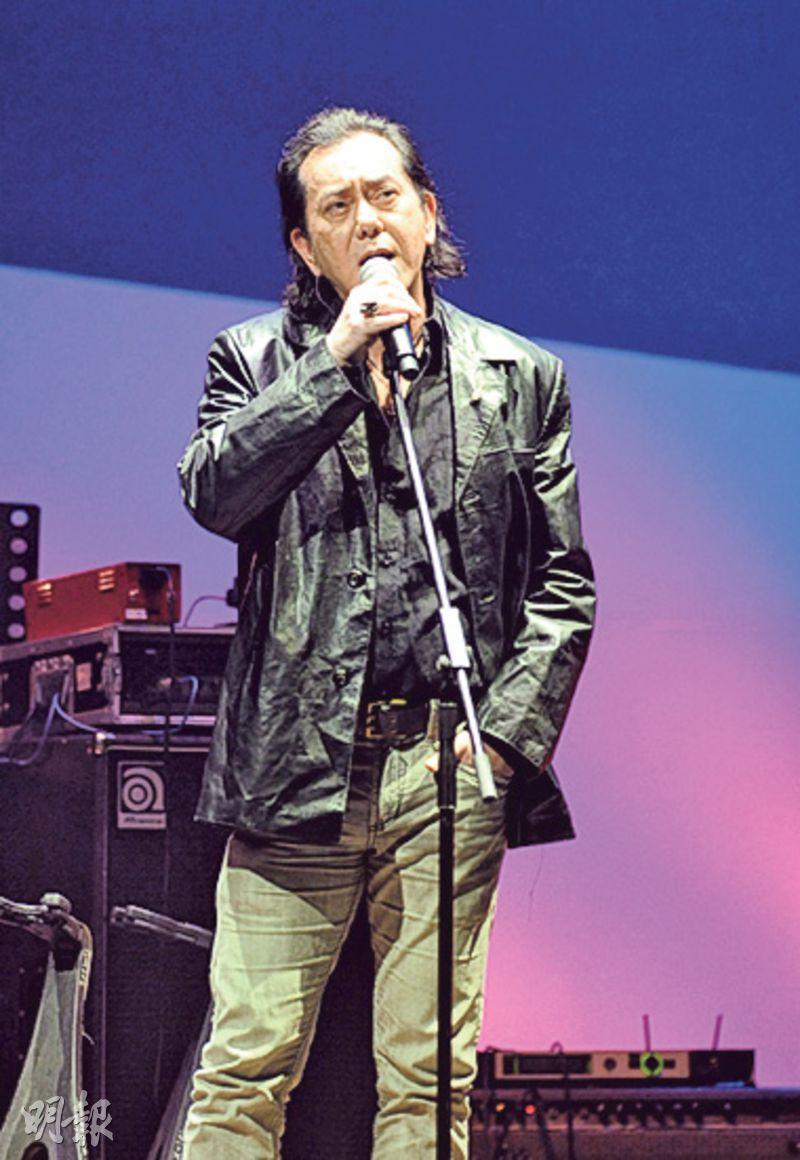 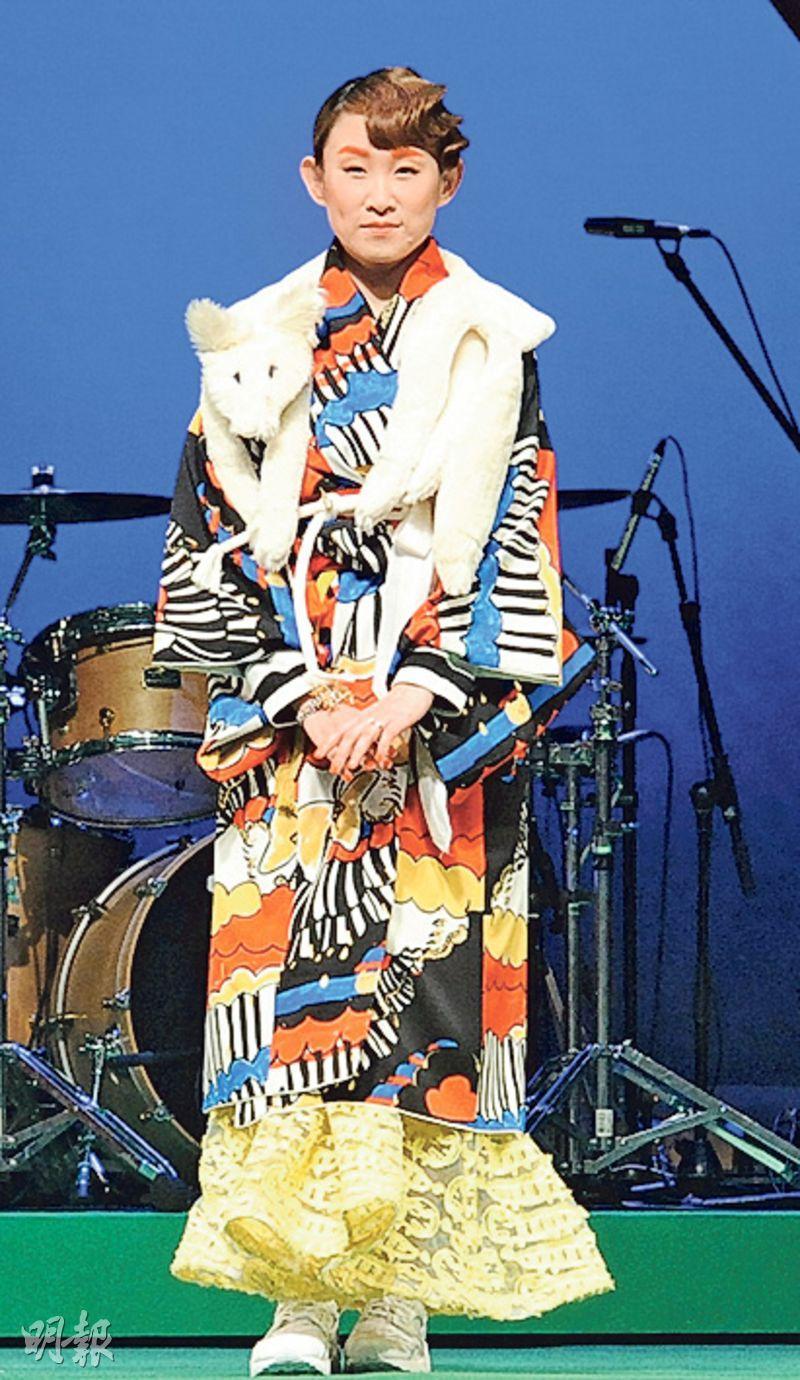 The music industry's third report card, the 2015 Commercial Radio Ultimate Song Chart Awards took place last night at the Convention Center. 43 awards were presented. The fan voted "My Favorite Male Singer" and "My Favorite Female Singer" went to James Ng Yip Kwan and Kay Tse On Kay. "My Favorite Song" went to Brother Kwan's ACTUALLY SHE DIDN'T LOVE ME ENOUGH, along with the Rookie Gold Prize he won three awards. "My Favorite Group" went to Supper Moment. They even won with SONG OF HAPPINESS won the Ultimate Top Ten tenth place and Group gold prize. Like Brother Kwan they too became big winners with three awards. Tse On Kay and Joey Yung Cho Yi each won 2.5 awards. Joey has already her tenth Female Singer gold prize. She stated during her speech that starting a career was hard, keeping a career was even harder. For years she has been defending. This award was not easy to win because it was not just asking everyone to like her. She hoped to use her effort to make everyone feel that the applause for her every year was worth it.

Rumored to be pregnant, Kay received the Professional Recommendation Female Singer bronze prize. With RASHOMON with Juno Mak Chun Lung she won the "Ultimate Top Ten" sixth place. When she accepted her Female Singer award, host Sammy joked, "Now I am helping her to announce that she truly has good news. Everyone may ask me how am I qualify to help her with the announcement, because I was responsible for this award." Tse On Kay said that she never thought about winning Female Singer award. After ten years in the business, she might be more mature but her passion for singing and the world has not changed. When she accepted the Female Singer award, she stated that she has never thought that she would become everyone's Favorite Female Singer. At the time only because she liked Cantonese songs too much, she wanted to use her own dialect to sing for everyone. She also publicly thanked her husband Louis Cheung Kai Chung, because she not only learned a lot from him but he was also her fan. Whether the days were good or bad, he would treat her like treasure.

The first to jump from Rookie gold prize straight to the Male Singer award, Brother Kwan received applause from the entire crowd as encouragement. However he appeared stunned and scared, as he said that he did not know what to say. Earlier when he won the Rookie gold prize he could not stop crying. The event even arranged for a group of children to wear fog up glasses to sing his son in response to last time when he fog up his glasses from crying at the Jade Solid Gold Awards. Last night after he got on the sage he lost all composure. When he got emotional his glasses started to fog up again, no one was certain what he wanted to say. However in the end he did not forget to thank TVB because it had a lot of resources for him to try and experiment. Last night another "crybaby" was Mag Lam Yun Tung. Winning the "Ultimate Top Ten" ninth place with WE ALL GREW UP LIKE THIS, she like Brother Kwan already broke down in the audience. When she cried on the stage she revealed that Brother Kwan's victory made her cry so much that she lost her false eyelashes. She also said that she did not have much self confidence. Luckily those around her never gave up on her. She even gave special thanks to Alfred Hui Ting Hung for pulling her up, which made Hui Ting Hung break down in the audience.

Last night the Lyrics award recipient Wyman Wong Wai Man joked that his RASHOMON lyrics was based on songs like HOLDING A GRUDGE, so RASHOMON strictly speaking was a secondary creation. He said, "I changed my own lyrics, I won't sue myself. No one would sue me; but after the copyright law revisions, even if I don't sue myself, the government can jump over me to represent me and sue me. So this year may be the last year I come to Ultimate. If next year I won't be able to come, I hope everyone would miss me. In the future, whether I would be in Pik Uk, Hei Ling Chau or Chi Ma Wan, whether it would be once or twice, I would insist on creating my favorite Cantonese songs." DJs Sammy, Jim, Donald, Sai So while presenting the technical awards also took the chance to have fun at the expense of singers over the copyright law revisions, saying when Alan Tam Wing Lun forgot his lyrics and looked at his cheat sheet, would he be sued? Hacken Lee Hak Kun stuck the lyrics on his luggage, took a photo and posted it online, would he be charged? When C.Y. Leung sang I LIKE YOU and put it online would he violate the law?

Before presenting an award Jan Lamb Hoi Fung saluted a Commercial Radio female employee, referring to Winnie Yu Tsung who would attend the Ultimate Song Chart Awards every year. Because earlier Yu Tsung announced that she has retired from the Commercial Radio vice president and director posts started on New Year's Eve, she did not appear again yesterday. Lam Hoi Fung represented the radio station in thanking a Commercial Radio female employee. Because of her, one after another Ultimate moment appeared. The screen then followed with past singer's moments of victory. The last one was Yu Tsung's speech at the 2007 Ultimate Awards. Lamb Hoi Fung continued that this CR female employee would always dream, so CR2 became a station that only played Chinese songs, promote domestic music and release a highly transparent, fair and just pop music chart and one vote per person award show. He said, "Because a CR female employee, she loves to dream, on March 21 1988 she dreamt of the word 'Ultimate'. Since then every January 1st regardless of rain or storm this Ultimate Award show would take place." When Lamb Hoi Fung said that, all the CR2 DJs gave Yu Tsung a standing ovation.

When Mak Chun Lung accepted the Ultimate Record award for ADDENDUM, he said that the award was rather heavy. He even called Ronald Ng Lok Sing, Tse On Kay, Endy Chow Kwok Yin and others who participated on the album to the stage to share the joy. Juno said,"I want to thank everyone who like this love story that spans 12 years, thank you very much to the participating singers for giving me so much trust and allow me to tell a story. Thank you to my girlfriend, my cat, my brother and sister in law." Because the entire record has been on the chart, in the end the DJ suggested for him to sing the old song from 12 years ago and the start of the "story" BEARING A GRUDGE. Yet Juno's performance was a bit off. By the third verse he started to get "shaky". Later he even went a little off key.

Anthony Wong Chau Sun last night opened the show. As the 1995 Ultimate Rookie Male Singer gold prize winner he appeared in a black leather jacket and performed John Lennon's classic hit IMAGINE with a live band, much to the surprise of fans.