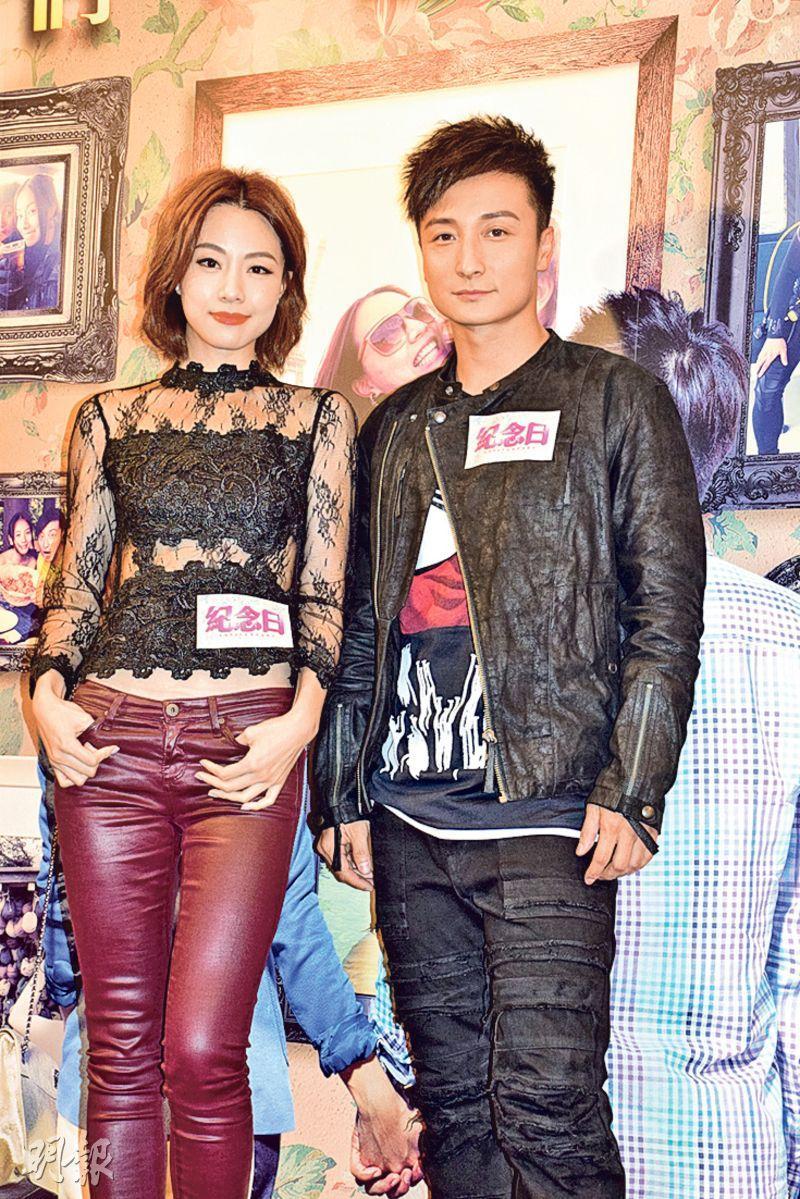 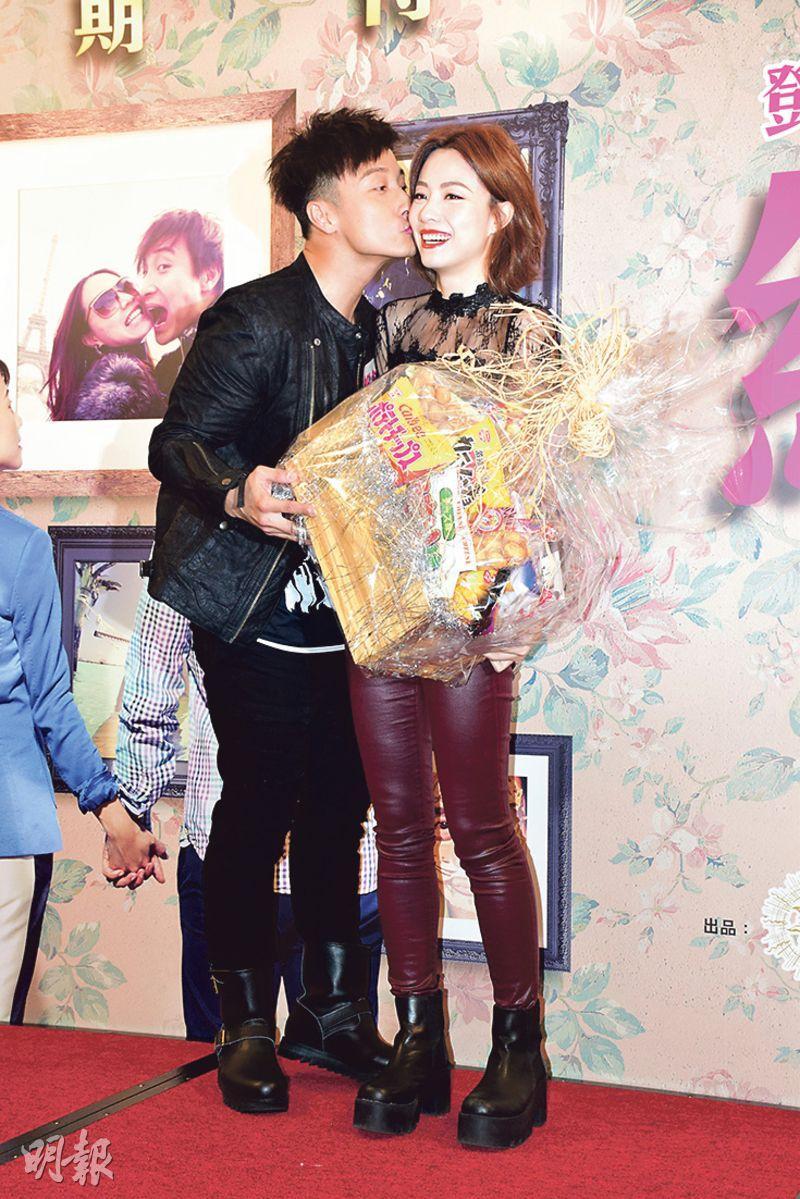 Artists Alex Fong Lik Sun, Stephy Tang Lai Yun, Angie Shum Yat Ka and others two nights ago attended the film ANNIVERSARY (GEI LIM YUT)'s celebration. As of the 6th the film has made over HK$ 13 million, next week a 2 hour extended version will be released. Siu Fong said that he soon will enter the 10th anniversary of his relationship with Stephy. He hoped that they would be able to celebrate alone. He even personally picked up a snack basket and moved Stephy to tears with his love declaration. They embraced loving as Siu Fong even kissed Stephy's cheek twice as requested.

Siu Fong said that if the box office went over HK$ 15 million he would consider ask the boss to take them on vacation. He said, "Ko Samui is good, we can go to Switzerland if we go to some place further!" He also said that if they go to Switzerland he would thank the audience in bicycle shorts only as a human snow ball. Stephy will wear a swimsuit on a snow mobile. Siu Fong also said that he hoped that his girlfriend will be nominated for a film award with the film. "The film critics say that she deserves the nomination, but no matter how many times I read I didn't see my name. The co-star is very important too, when you are nominated don't forget to thank me!" Stephy said that she never thought about a nomination, she was already happy with the audience recognition.

Guest star Shum Yat Ka revealed that at the end of the month she will have a micro surgery to remove a 7cm tumor from her uterus. She has not thought about stopping work to recover as she was afraid that she would lose job opportunities so early in her career. She said that the tumor was malignant but she did not know if it was cancerous or will require chemotherapy.
Posted by hktopten at 12:57 PM