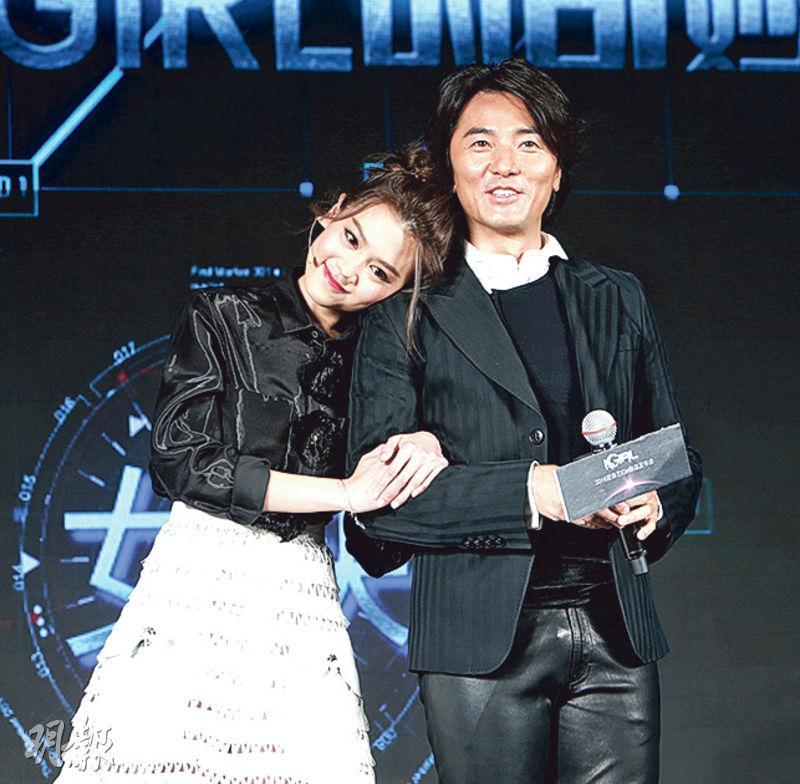 Chrissie Chau Sau Na and Dior Cheng Yi Kin yesterday attended the March film release MY iGIRL (NGOR DIK GIK BUN NUI SUN)'s Beijing press conference. Producer Wong Jing turned into "Jobs Jing" and introduced the "artificial intelligence robot girlfriend" Sister Na, who appeared out of the box. Wong Jing said that this robot in the film had three functions, including chores, heroine and intimate modes. He joked that she was the "future of men". He even joked that being the director was not easy. He could only rely on technology to transition into a product manager and elevate the happiness of the modern people. Ekin was the world's first user of the experimental product. After Ekin launched heroine mode, Sister Na immediately became his shield and avoided the host's chase. After launching the "intimate" model Sister Na immediately leaned on Ekin's shoulder. He even performed a variety of hugs with Sister Na, including Ekin's favorite TITANIC "You jump I jump" hug and princess hug.

Sister Na said that the film was completed last year, she never guessed that she would see Ekin again in such a cold condition. "I really feel particularly warm. We even plan to have hot pot casserole with the entire crew tonight. We will be very 'cozy'." Sister Na praised Ekin as the best lover, faithful, attentive and willing to help others. She could not think of any flaw at all. She said, "I feel that the other half not only has to love you and treat you well, but also putting you at ease is also a huge advantage. I believe Ekin has already done that. I too hope that in the future I will be able to met a boyfriend who can put me at ease, love me and provide a sense of security. However it would be the best if he is as handsome as Ekin!"
Posted by hktopten at 1:30 PM