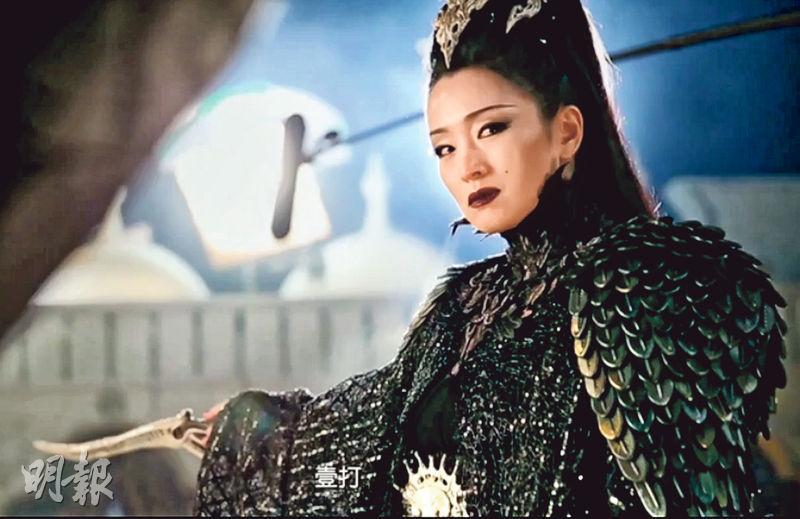 Gong Li challenged an action film for the first time. In order to play the beautiful and strong White Bone Spirit she joined the team early to train with action director Sammo Hung Kam Bo. She also performed on the wires for the first time. After completing the film, Gong Li asked the director for WHITE BONE SPIRIT THRICE STRUCK SUN WUKONG. She also accepted the challenge of playing the character from age 18 to 86. Gong Li boldly said that she would not repeat what others have done. The White Bone Spirit definitely would not be as everyone has imagined and the performance would definitely be different.

Aaron Kwok Fu Sing played Sun Wukong. He spent 7 hours on special effect make up, which was already hard to take. In costume he could not go to the bathroom. His face also had allergic reaction. Sing Sing said that all the energy that he spent on a day of the shoot was that of performing three concerts in a row.
Posted by hktopten at 6:37 PM