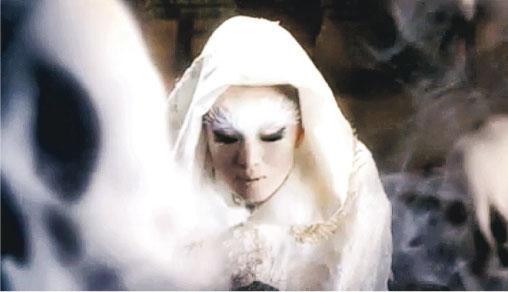 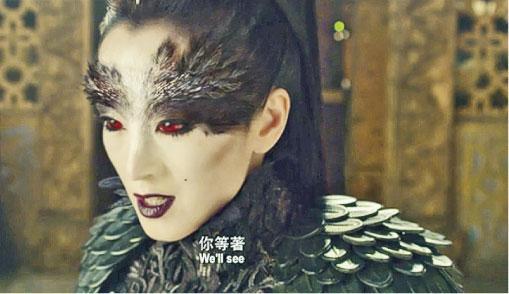 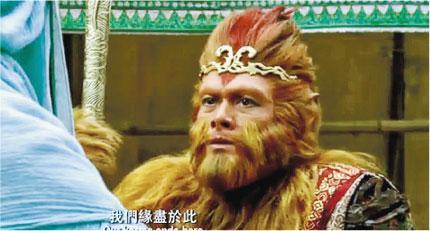 Earlier Gong Li, Law Chung Him and director Soi Cheang Po Shui attended a Hangzhou screening. Viewers braved the cold to catch a glimpse of the "White Bone Spirit". They not only praised Gong Li for her acting but also her beautiful appearance. Her emotional scenes were just as eye catching. Gong Li also excitedly shook hands and blew kisses to the viewers. She said after completing the promotions she will return home to Shandong to celebrate the Lunar New Year.

Sing Sing, Feng Shaofeng, Xiao Shenyang and Law Chung Him promoted on a Mainland variety program. As the Spring Festival nears, the team prepared laisee for the master and the disciples. Inside was a series of challenging missions. "Tang Monk" Feng Shaofeng was asked when he will wed. He said, "I still haven't gotten the scriptures yet, now it's not the time." Him Jai and Xiao Shenyang then had the dance task. They both performed. Xiao Shenyang even danced the "Piggy dance". Feng Shaofeng volunteered to teach them the dance routine to ENDLSS LOVE FOR YOU and said that he was the "authentic original version". Sing Sing joked, "Master is very sexy!" The program even prepared a hot pot casserole for everyone, but before it was served Sing Sing had to catch a flight and left. The host joked that Sing Sing was like Sun Wukong on the magic cloud, "Gone the next second"!

Although Hong Kong viewers still have not have the chance to watch MONKEY yet, the film earlier released its "On the Eve of the Challenge" trailer. The mysterious "White Bone Spirit" Gong Li also appeared in the character's real form for the first time in it.
Posted by hktopten at 2:14 PM