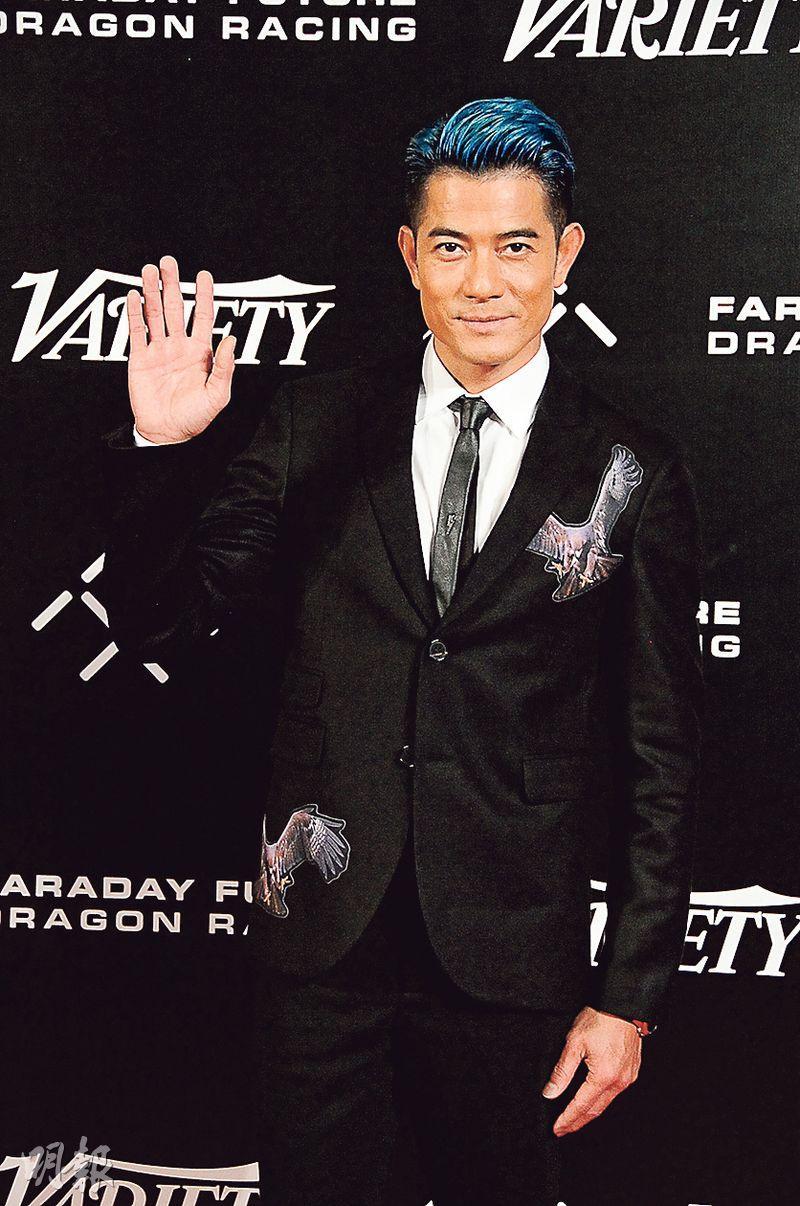 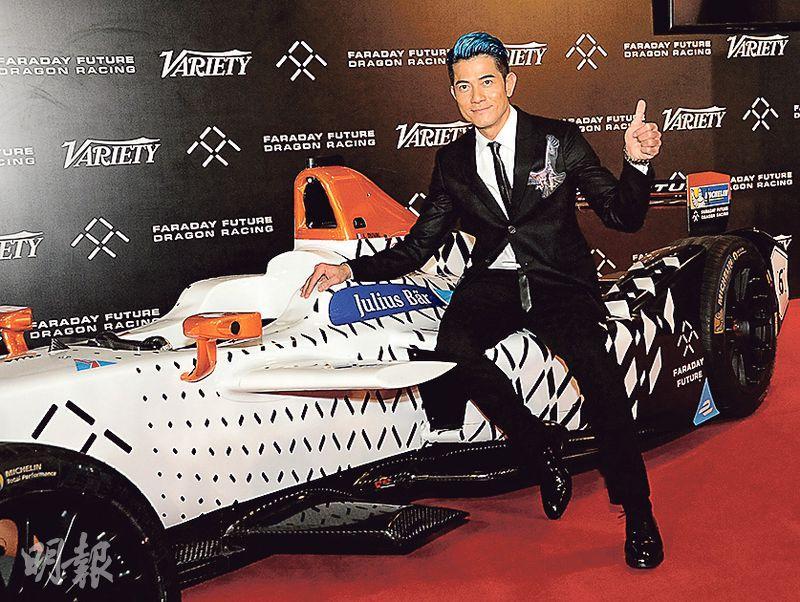 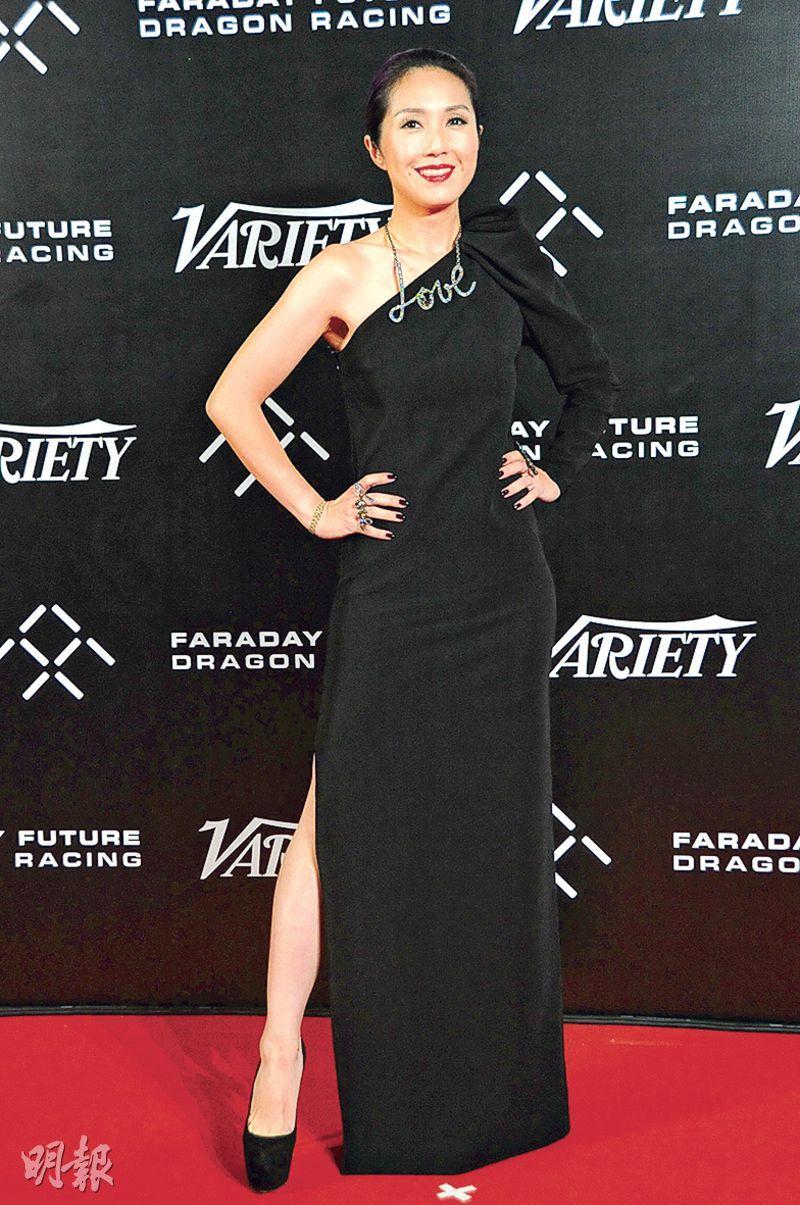 Aaron Kwok Fu Sing, Miriam Yeung Chin Wa, Archie Gao, JW Joey Wong Ho Yi, Gaile Lok, Maggie Siu Mei Kei, William So Wing Hong, Qi Qi, Stephanie Au, James Ng Yip Kwan and Pakho Chau dressed up for an event at Central. Soon to play "Cherie" for the third time, Yeung Chin Wa revealed that for the role she has been working hard on getting into shape and said with jealousy that her male co-star did not have too much trouble. She said that she had to "fight alone".

She revealed that she will soon have to perform in the film LOVE OFF THE CUFF (CHUN GIU GAU JI MING) and thus has been working hard to lose weight and appear in even better shape. This will be the third film and four years after the previous film, but the time in the story was not too far apart. The guys could be mature and the girls had to age in reverse, thus this time Chin Wa was "pickier" with her weight loss. She had to be able to lose 4 more kilograms. However she would not need to lose as much as her concert preparation.

In her film SHE REMEMBERS, HE FORGETS (NA YUT TIN NGOR MOON WUI FEI), Cecilia So Lai Shan who played the young Chin Wa broke up with Neo Yau Hawk Sau. Chin Wa said that she did not notice and only learned about it from the media. Chin Wa said, "I shouldn't talk too much about other people's private lives. They are still young, it is a life experience for them!" Speaking of their companies pressuring them to take their romance underground, Chin Wa said, "That's out now, instead it's a rush to get married. No one wants to drag their feet. The best would be having a baby as soon as possible. If I met Mr. Ting ten years earlier, I could have had the next generation even sooner!"

Kwok Fu Sing came with the PORT OF CALL (DAP HUET CHUM MUI) team including director Philip Yung Tsz Kwong, Siu Mei Kei and Elaine Jin (Kam Yin Ling). The film will represent Hong Kong in competition for the Best Foreign Film Oscar nomination. Sing Sing happily said, "Of course I feel very honored. Whether we win or not, it is a huge encouragement to Hong Kong film." As for rumors of him marrying his girlfriend next year, Sing Sing responded, "It's all false, I will tell everyone when I have good news." Would he get married in a flash like Shu Qi? He answered, "I don't know, I am very low key. It works with my personality. When I have good news I will tell everyone."
Posted by hktopten at 5:11 AM