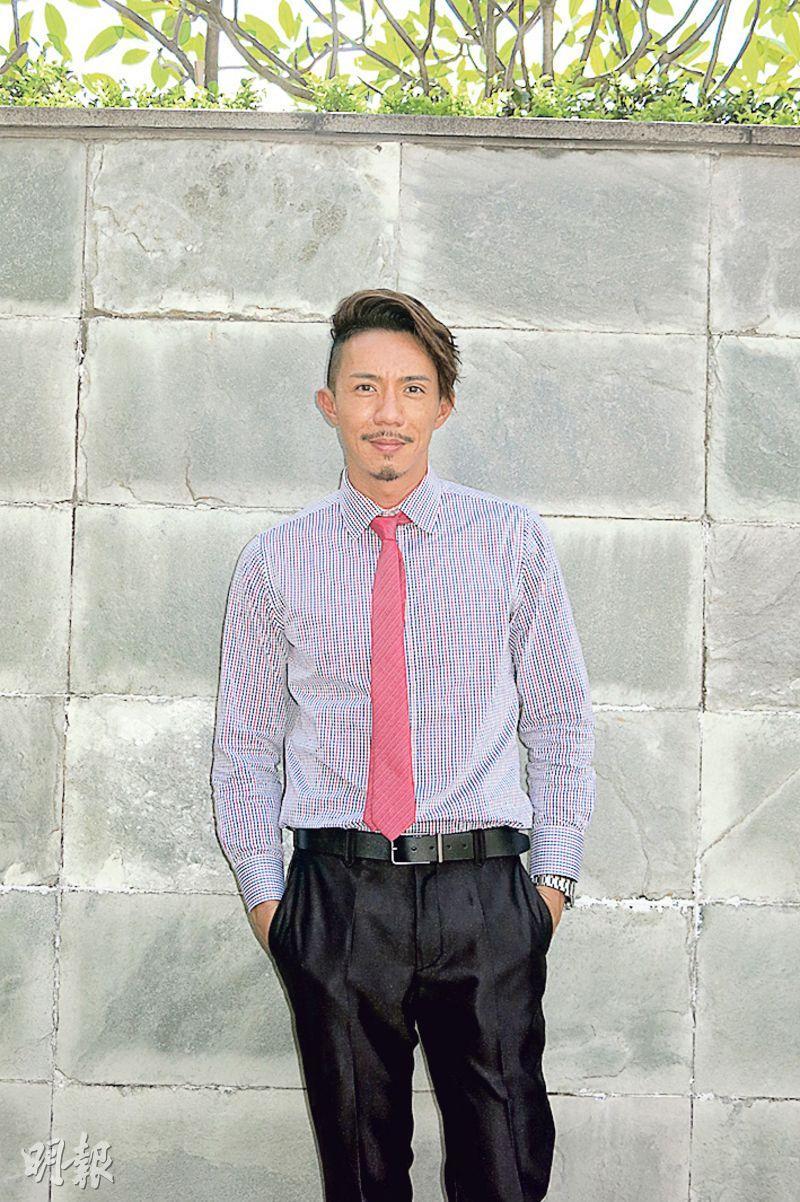 Yesterday Brother Tan arrived early for a supermarket opening scene. In the film Sister Na played Brother Tan's secretary, they even had an underground relationship. Earlier they shared a bathtub in a scene. Brother Tan revealed that earlier in a hotel room, they shot a scene in which Sister Na resigned in sexy lingerie. They even embraced. Sister Na said, "In the film professionally and personally I understood my boyfriend very well, you can say it is using work for personal gain. However I play his girlfriend, not wearing clothes is very normal." Brother Tan said, "As soon as I said Sister Na would be in YUPPIE FANTASIA, people online were upset and said that I was using work for personal gain. Yes, I am using work for personal gain." Brother Tan said that he thanked Sister Na very much for trusting him. She knew that the scene was necessary and thus she did not ask to wear a bathrobe. Actually the scene was written long ago, it was not added just for Chau Sau Na. Sister Na said that Brother Tan really took care of her and believed that nothing would happen. The worst part of him was that when he learned that she had to watch what she ate, he ordered a lot of great food. She could only watch him eat in secret while she starved.

Did she ask for the set to be cleared? Brother Tan said that the crew was very professional and would automatically leave. Did he have to perform in his underwear? He said, "I am pretty sharp too, I gave my first topless scene to Sister Na. I regret very much that I couldn't achieve the student's eight pack abdominal muscles no matter how hard I worked out. Before the shoot I did a lot to be in better shape, but of course I couldn't." When asked if she would do the same, Sister Na, "I can't describe it with words, I can only say that it is the 'complete meal'." Brother Tan admitted that he has not directed and starred for too long, the burden was too much. Luckily the actors performed well and did not concern him.

Chung Kai Chung worked with Brother Tan again. He praised him as a very experienced director. This time he would play a villain who often got Brother Tan into trouble. He said that he was very happy to be able to play characters that were very far from the real him, which he felt was very challenging. Did he have any scene with Sister Na? He said, "Unfortunately no, but the director really respects the actor's creative space. I wouldn't eliminate the possibility of adding my own scenes to hook up with Sister Na. Let's see if the director would notice. However sometimes I don't need the director to notice, I would secretly do it." Ah Chung also revealed that in the film he and Harriet Yeung Sze Man would have relationship scenes. He said that he looked forward to work with a Performing Art Academy alumnus. He said that the entire film actually had a lot of fun but not dirty scenes. He watched YUPPIE FANTASIA before, so he looked forward to it very much.
Posted by hktopten at 7:17 PM