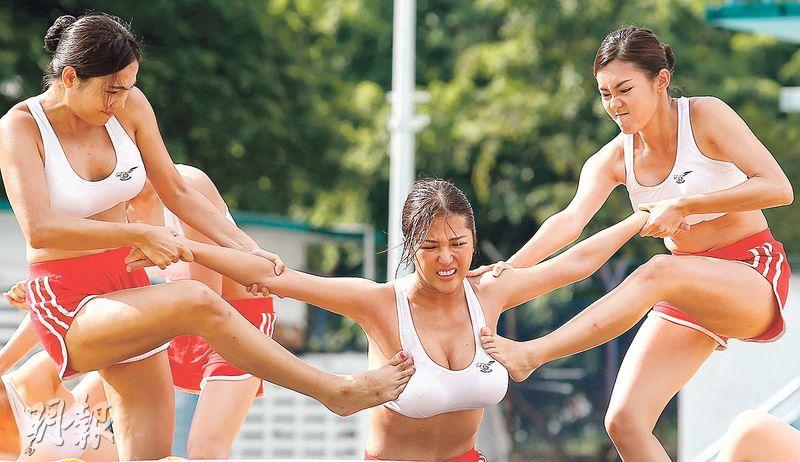 The Wilson Chin Kwok wai directed, Charlie Wong Wing Fung and Paco Wong produced new film SPECIAL FEMALE FORCE (LAT GAING BA WONG FA) will open next Thursday. The story continues from the 80s classic THE INSPECTOR WEARS SKIRTS, with a new group of female cadets fighting from the beginning to the end. In one scene Eliza Sam Lai Heung, Jeana Ho Pui Yu, Joyce Cheng Yun Yi, Anita Chui Bik Ka, Mandy Ho Pui Man and Jacky Cai Jie had to fight individually and as a group on a floating platform in a swimming pool. Anita admitted that the floating platform fight scene was hard to stand on. "With all the action we often had bad takes, as it was very easy to slip and fall. We fought and fell into the water, then we had to keep on fighting in the water."
Posted by hktopten at 1:58 PM