[2016.10.13] ELIZA SAM WORRIES THAT HER ACTION ROLE WOULD SCARE HER BOYFRIEND 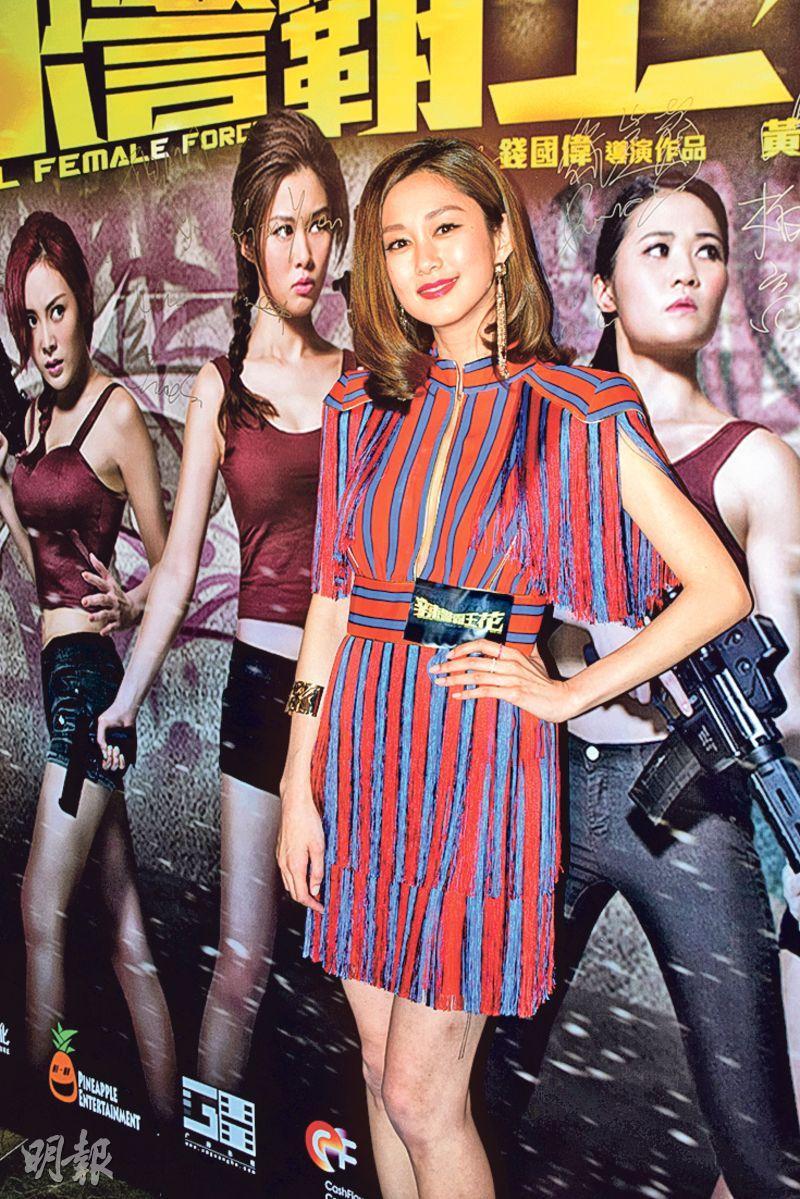 Chui Bik Ka wore a low cut dress and said that she only took such a risk because it was the premiere. Would Heung Heung be as sexy as Chui Bik Ka? She admitted, "I wouldn't say no, today I chose a different style." Heung Heung also revealed that she was all taped up to prevent wardrobe malfunction. Would she consult her boyfriend about wearing something sexy? She said, "No, of course not. I decide whatever I wear, but I have asked my boyfriend what would I look prettiest in. He said that he likes me the best in a turtleneck." Chui Bik Ka jokingly asked if the answer was not bikini. Heung Heung coyly said, "Are you for real? It's very hard to find a turtleneck swimsuit. Most guys would like their girlfriends to cover up a little." Would her boyfriend come to Hong Kong to support her movie? Heung Heung said that she would like her boyfriend to have time to come to Hong Kong, but was afraid that after watching the film he would be afraid of her. In the film she had a lot of fight scenes. After watching he probably would be more obedient or a little afraid of her. Chui Bik Ka's chest got stepped on in one scene, she said that it was not awkward. Instead she thought it was fun.

Rose and junior colleague Brian Yun Chung Yeung spoke to the media together. She said that in one film she and Hazel Tong Chi Yui had to hold a gun, one aimed to the left and the other to the right; but she almost shot her. Although the gun was not loaded, it had a spark so it was still dangerous. Luckily no one got hurt in the end. Rose revealed that later she and her junior colleague will be guest presenters at the Changchun Film Festival, so she had to practice her Putonghua. She joked that her Putonghua was okay but she did not know about his. She also joked that she has not had a guy by her side in a longtime, this time she finally had a male companion. When asked about any chance to develop with her, she stated that she did not like young fresh meat. "Although he is a year older, I don't like young fresh meat." Yuen Chung Yeung said that he would learn from his senior colleague.
Posted by hktopten at 5:14 AM