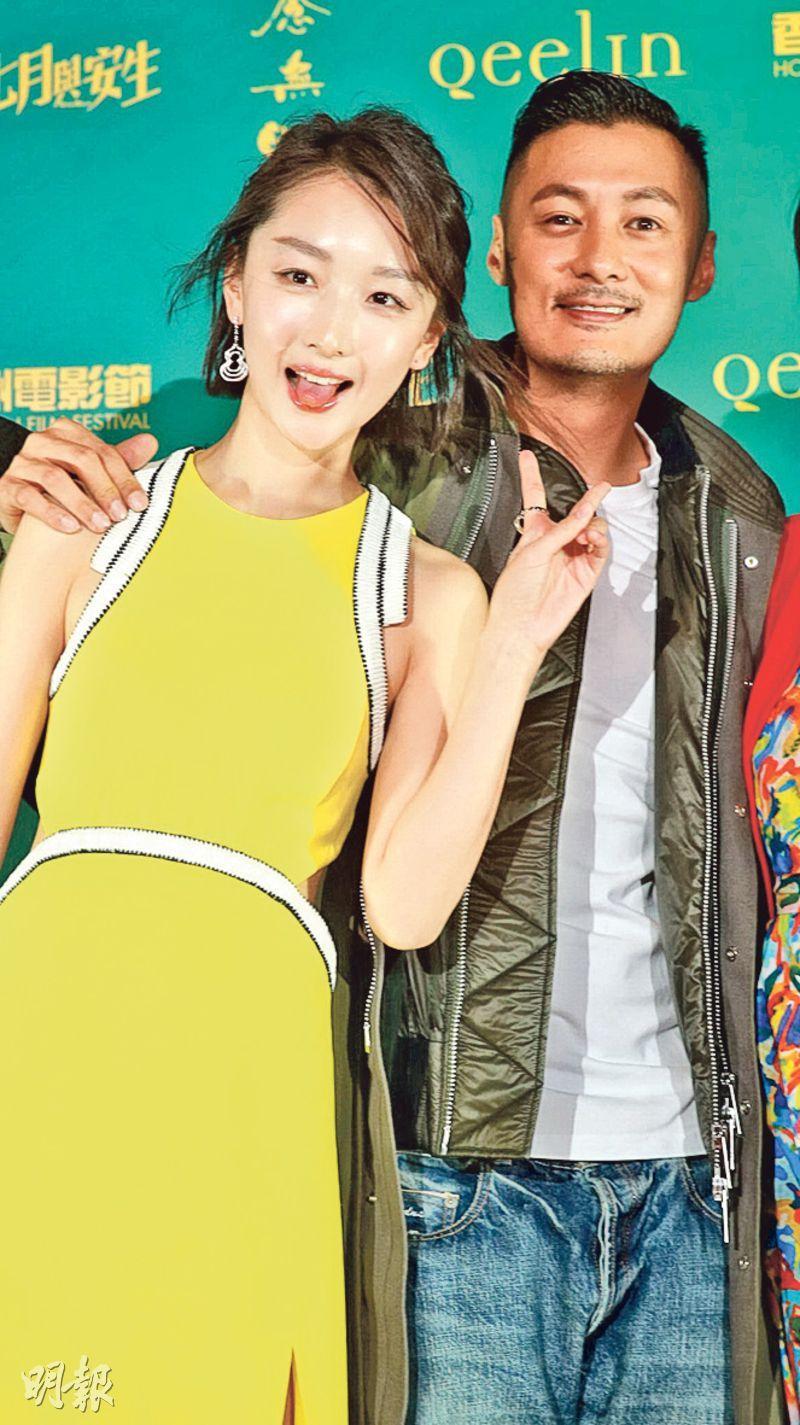 Nominated for the Golden Horse Best Actress award with SOUL MATE, Zhou Dongyu when asked about how she felt said, "Very great!" Then she continued in a later interview. "I was asked just now I was too emotional, I misspoke. Being nominated is being recognized, it's a very good encouragement for me to work hard and increase my confidence in acting."

Was appearing together with rumored boyfriend Yue Man Lok awkward? Zhou Dongyu said, "I am very happy, it wouldn't be awkward. We are good brothers, he is my older brother." She also stressed that she and Lok Jai were neither dating nor together. Would they meet for dinner on this trip? Zhou Dongyu said that today she would return to Shanghai to continue work on a film with Gum Sing Mo, so she probably would not make dinner. As for working with Gum Sing Mo, she said that for now she was not at liberty to discuss that. However she praised him as very handsome, very handsome, very handsome. How would he compare to Yue Man Lok? She said, "Don't (compare), different kind of handsome!"

Zhou Dongyu and Ethan Juan (Yuen King Tin)'s former girlfriend Tiffany Hsu were nominated for the Golden Horse Best Actress award, but Zhou was accused of coming between them and leading to their break up. Zhou Dongyu replied, "Siu Tin is my grandpa, Tiffany Hsu my grandma. These are my special nicknames for them." Yet she was rumored to be their third party? She answered, "It's just a rumor. The next day when I saw the report I had no idea what happened!" Would being nominated with Tiffany Hsu be awkward? Zhou Dongyu said that it would not because she earlier guest starred in her film A NAIL CLIPPERS ROMANCE. Zhou Dongyu revealed that she was not dating, but did she have a lot of suitors? She said, "I have some! Haha!"

Yue Man Lok admitted that he and Zhou Dongyu were both busy so they have not seen each other in a long time. The last time was when they worked in Beijing. Was he afraid of more rumors? Lok Jai said, "I don't get to be afraid. I just went to greet Chan Ho Sun and people asked me why I knelt to Zhou Dongyu. Thus something awkward like this would always happen when we see each other!" Zhou Dongyu said not to compare Gum Sing Mo and Lok Jai. Lok Jai said, "She politely said that to keep from breaking my heart, how can I compare! However I am very happy for her to be able to work with Gum Sing Mo, which is a very huge improvement!"

Even though he did not take a salary to make MAD WORLD, Lok Jai was not nominated for a Golden Horse award. Was he heartbroken? He said, "No, that could shatter the previous rumor (the accusation that he did not take Charlene Choi Cheuk Yin's new film due to low salary). It's not like I wouldn't work for a penny less!" Was he afraid that Ah Sa would be mad? He said that as an actor he could not possibly make all the movies, he would have to make choices.

Lok Jai revealed that actually he was the second choice for MAD WORLD. At first when he received Tony Leung Ka Fai's call, he said that he had a good character but he did not have time on his schedule to play it. He wanted to recommend Lok Jai to give it a try. Thus Lok Jai would have to thank Ka Fai for any performance. Lok Jai said that he said he had no regret. He even paid to perform completely because director Amos Why's government scholarship from a competition. However the production budget was less than HK$ 3 million, no actor could possibly be hired. Thus when they saw an attractive script, no one would look at money.
Posted by hktopten at 4:54 PM