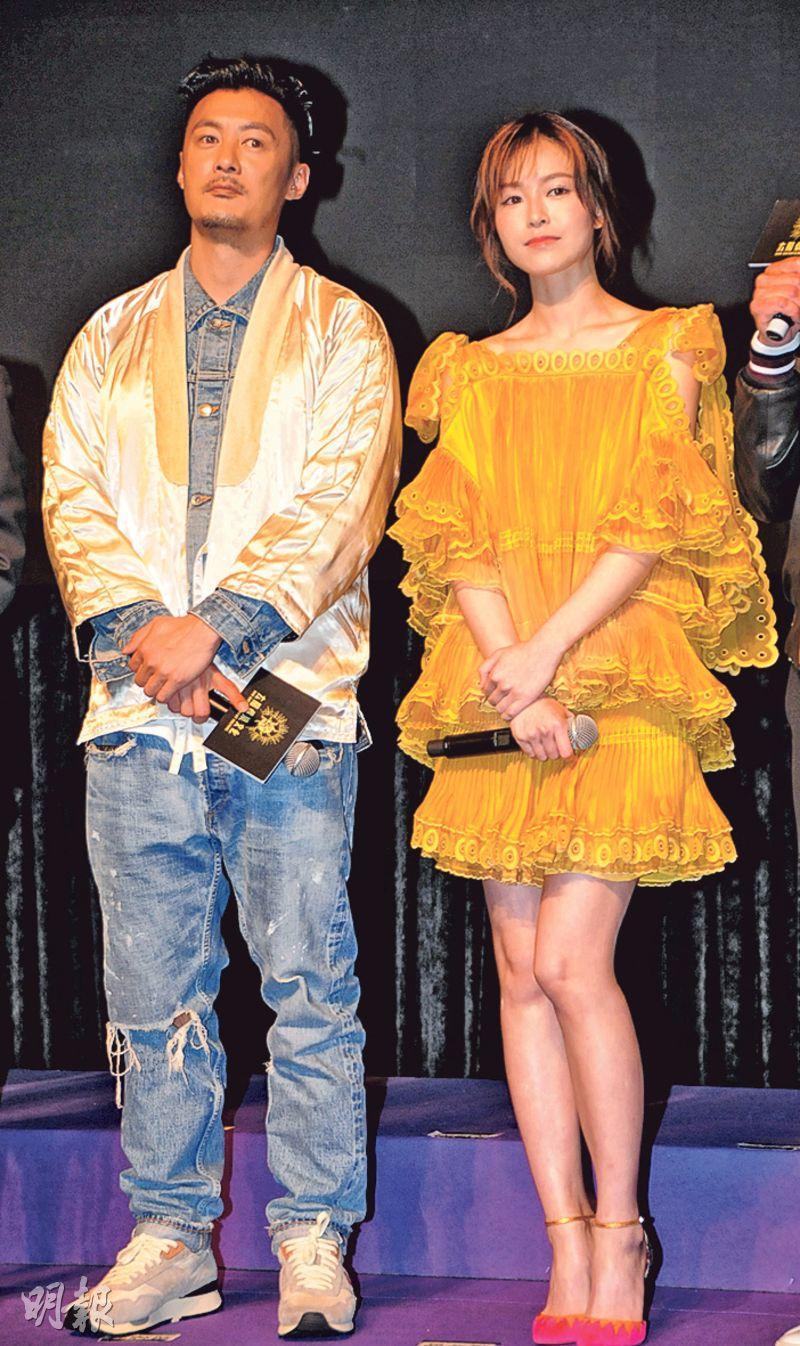 Shawn Yue Man Lok, Janice Man Wng Shan, Max Zhang Jin, and Cecilia So Lai Shan yesterday attended the Sun Entertainment Culture's film showcase and promoted their new film THE BRINK (KONG SAU). Playing a villain this time, Lok Jai said that the toughest part was the ending because it took a month to finish. They not only had to visit many locations but also had to shoot underwater. Each actor could only work for a certain period of time, then they had to rest.

Speaking of the underwater fight scene, Lok Jai had stress. "Working on the underwater scene I had to remove my goggles and oxygen mask. Under water it was very dark and I couldn't see anything. Once I almost got into trouble. I forgot to remove the lead, so I couldn't get out of the water no matter how hard I swan. I kept taking in water, luckily I was fine. However I had stress from going into the water. (Did you feel it was dangerous?) Before the shoot I already knew it was dangerous, I was the only one with a diving certification. Zhang Jin and (Gordon) Lam Ka Tung didn't. I already wasn't the one in the most danger." Although each other he stressed about getting into the water, Lok Jai said that he would not stop taking similar roles.
Posted by hktopten at 8:01 AM