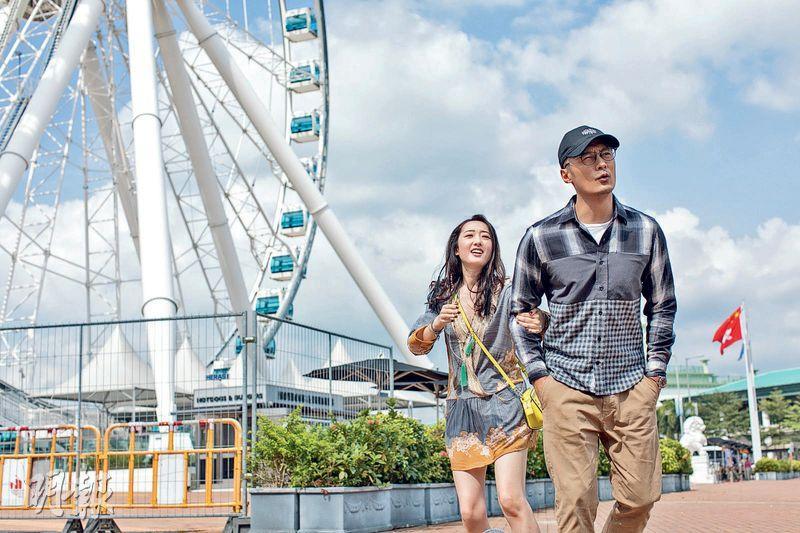 The Miriam Yeung Chin Wa and Shawn Yue Man Lok starred film LOVE OFF THE CUFF (CHUN GIU GAU JI MING) earlier released its official trailer. In the film Mainland actress Jiang Mengjie threw herself at Lok Jai and put Chin Wa and Lok Jai's relationship in jeopardy! Jiang Mengjie came to work on a movie in Hong Kong for the first time, coincidentally both she and Chin Wa had a beauty mark on their chest. The team did not discover this commonality until the shoot!

Chin Wa and Lok Jai were also very popular in Taiwan. Their new film even became the Taipei Golden Horse Fantastic Film Festival closing film. After 10 minutes of online sales, 700 seats were already sold out much to the surprise of the team!

In LOVE IN A PUFF (JI MING YU CHUN GIU), Miriam Yeung Chin Wa and Shawn Yue Man Lok worked on a scene on the Wai Yip Street pedestrian overpass in Kowloon Bay. The locale became a popular photo destination and the overpass was dubbed "Jimmy Bridge". However, some in order to get a shot from different angles dangerously climbed on top of the roof or sat outside the overpass. Pedestrians worried about their safety and called the police, adding to the burden of emergency services. Yesterday a firefighter posted on social media to urge people not to go there and take photos again.

Yue Man Lok replied to the "Jimmy Bridge" fatal photography. "There are many way to express your fondness for a movie. There is no problem with everyone liking this bridge. Actually we shot the movie on the bridge interior, so we hope that no one would stand on top of the roof. It's really very dangerous. If something happens just because you want a picture it is not worth it. Safety is the most important." Director Pang Ho Cheung said, "I hope no one would do anything dangerous, nothing is more important than life. It won't be good if you get hurt just for a picture, bother the firefighters. It won't be good if you turn into the Fire Department Saves Jimmy!"
Posted by hktopten at 8:13 PM