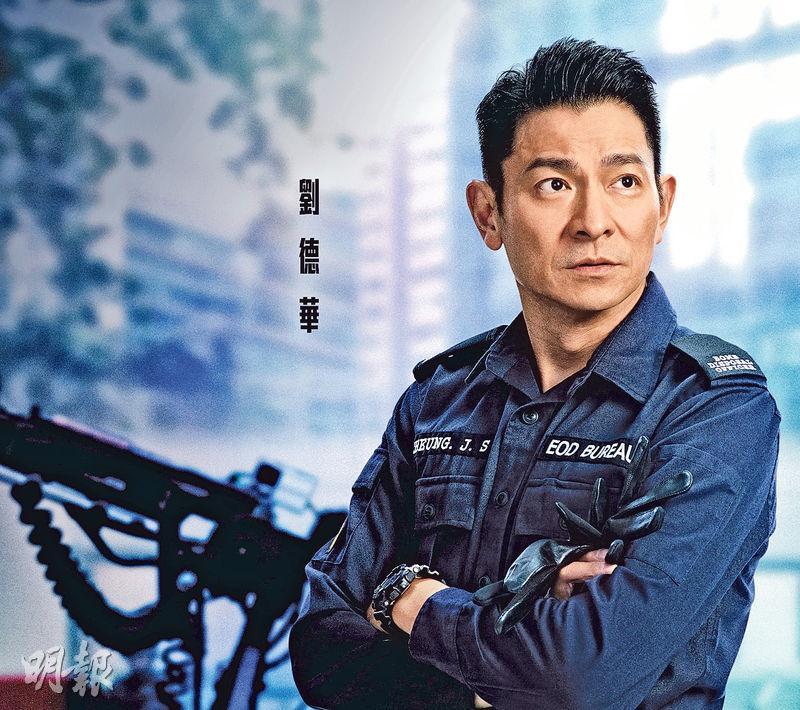 The HK$ 180 million SHOCK WAVE had many explosion and gun fight scenes. In one major scene a one to one scale Cross Harbor Tunnel was constructed. The event played the latest production highlight of "how the Cross Harbor Tunnel was built". Yau Lai To revealed that the most difficult was arranging the traffic in the tunnel. He destroyed the most vehicle in his career, as 200 cars were destroyed. Speaking of Wa Jai's recovery, Yau Lai To said that several days ago he knew from the newspaper that he has already been released from the hospital. He visited Wa Jai and for now he is not completely healed. Without leaning on anything he was unable to sit up by himself. He wished that he would recover 100% soon! He also wished that he could run and jump around, talk and laugh soon.

Hak Jai, Ng Cheuk Hei, Babyjohn, Shek Sau were asked if they had to take over the promotion for Wa Jai. Hak Jai said, "Basically we will hold down the fort, he can recover in peace. The director visited Wa Jai for us. He has always been an active person, now having to quietly rest probably would be tough. earlier when we shot in the tunnel the condition was poor, but Wa Jai constantly walked in and out. He did everything himself."

Babyjohn said about his role in the film. "I don't want to spoil too much, but I had a challenging scene. When I got the script I was already very nervous. Wa Jai guided me on how to handle this scene. It really was very shocking." Ng Cheuk He said that when he heard Wa Jai's line, he had goosebumps.

Brother Sau said, "After we learned about Wa Jai's fall from a horse, the entire team was very concerned and often followed his progress. We were worried about anything unexpected. Luckily after a period of treatment he is already resting at home. Wa Jai is very nice. Aside from being focused on making the movie, he was also very concerned with how hard everyone worked. Everyday he treated us to afternoon tea."
Posted by hktopten at 6:17 PM