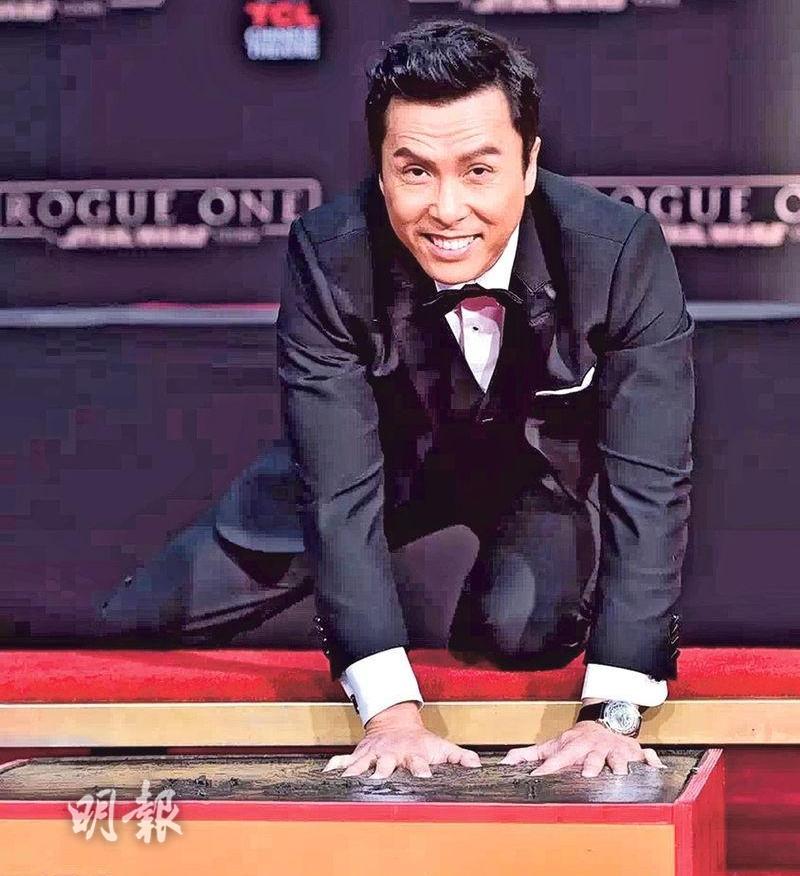 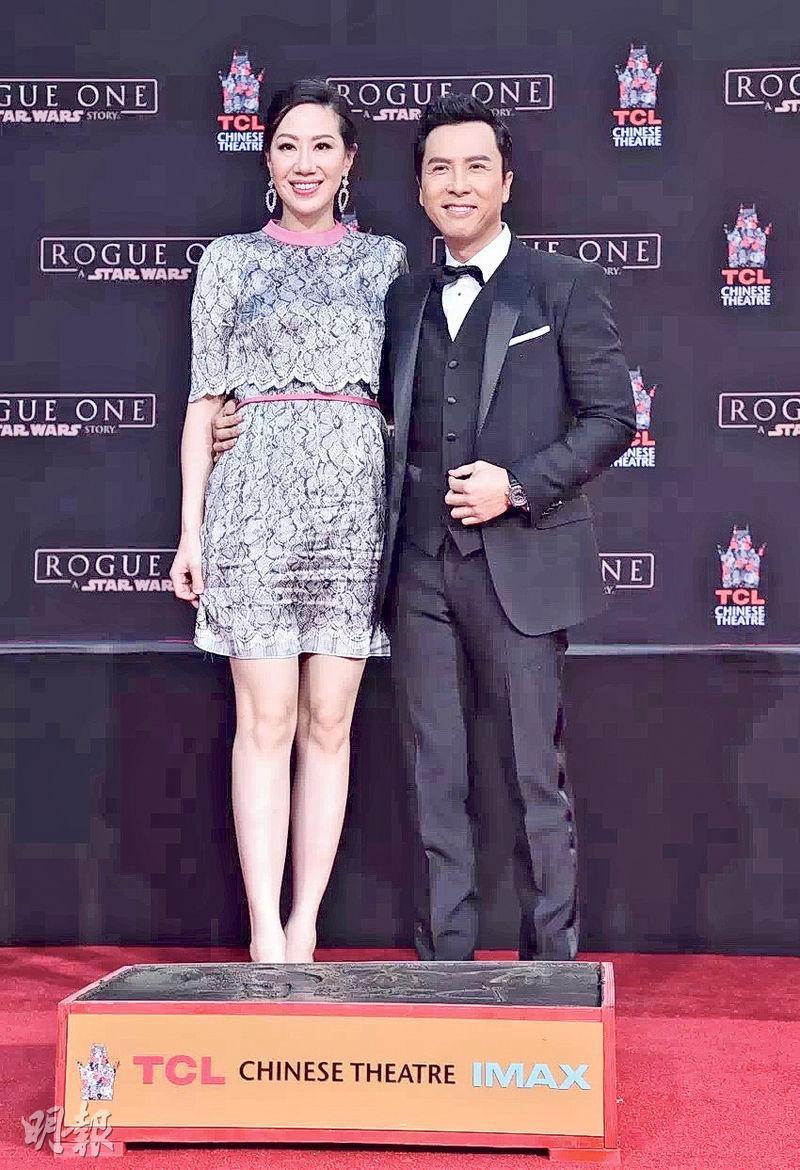 The "Strongest in the Universe", 53 year old Donnie Yen Chi Tan with his wife Cissy Wang and his family appeared on the Hollywood Walk of Stars in front of the TCL Chinese Theater for a hand and foot print ceremony. Many of his loyal fans waited for him with posters and autograph books. Yen Chi Tan said that although he would strengthen his alliance with Hollywood from now on, he absolutely would not abandon the Asian market.

Yen Chi Tan said that he felt very proud to be one of the few Chinese who was fortunate enough to be honored at the Chinese Theater and hoped this would encourage other Chinese filmmakers and dream chasing young people, as long as they work hard, never give up their dreams can come true. Yen Chi Tan gave special thanks to his wife for being with him for many years. Chi Tan said, "I want to thank my family for their support, especially my wife Cecilia. For years she has been managing my job for me. We have been happily married for so many years, without her I wouldn't be standing here. Thank you fans for your support, without you there would be no Yen Chi Tan. As a Chinese actor, I feel grateful, honored and proud." Cissy Wang sad that this time their children regretted that they were unable to come to Los Angeles. Because they were still in school, she did not want to hinder their education. However the children could not be more excited about their father being a part of the film ROGUE ONE: A STAR WARS STORY.

Yen Chi Tan said that currently he is working with Andy Lau Tak Wa on a movie in Hong Kong. He sad that although he would strengthen his alliance with Hollywood from now on, he absolutely would not abandon the Asian market. When he ended his speech he promoted his new film. He even shook hands and signed autographs for fans.
Posted by hktopten at 10:47 AM