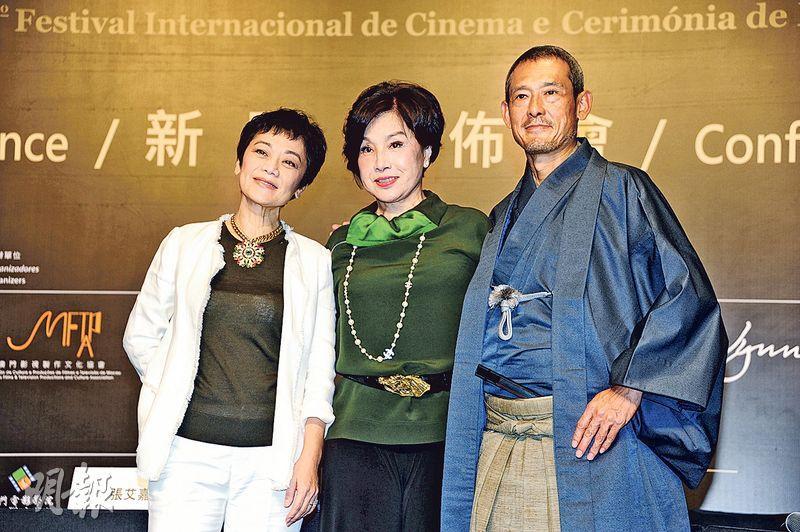 Singer Hins Cheung King Hin, director Fruit Chan Gor and six child actors yesterday appeared at the 1st Macau International Film Festival to promote their Emperor Motion Picture SHINING MOMENT (CHAN LAN JEH YUT HAK). Playing a Latin dance instructor in the film, Hin Jai mentioned a physical discipline scene. Before the shoot he had the agreement from the child and the parents. He said, "Hitting with a stick would actually hurt and make people cry. After the shoot my heart ached. I don't understand why Ma would hit me with such ease when I was little." He revealed that his mother used hanger, laundry bamboo and broom stick to hit him.

In addition, director Yofan, Sylvia Chang, Yiu Wai and Japanese star Shingo Tsurumi attended the film IMMORTAL STORY's digitally restored version press conference. Yonfan recalled that at their first meeting the lead role already belonged to Shingo Tsurumi in his mind. "At the time he was 21, now he is already 51!" Retired for 25 years, Yiu Wai said, "Originally I didn't want to come, so I told Yonfan. He didn't respond. I saw that the color changed on his face and I said that I would try to come." She also sad that she really savored her scenes with Cheung Ngai Ga.
Posted by hktopten at 3:28 PM