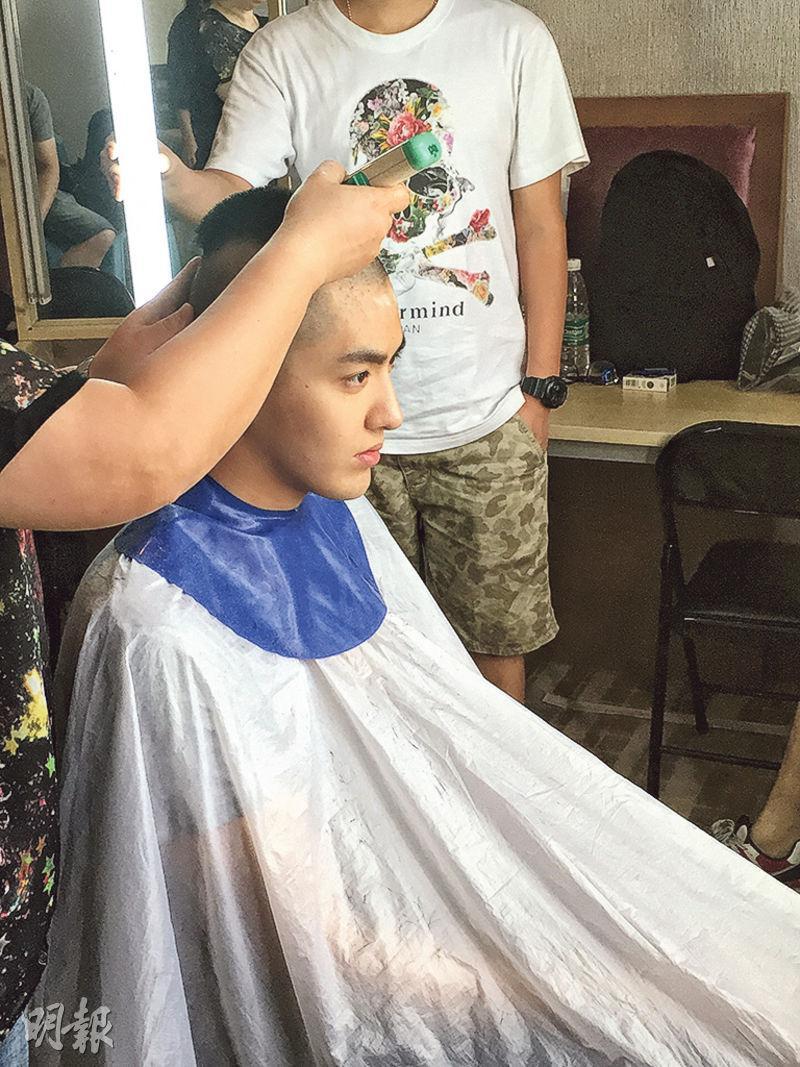 After shaving his head, Wu Yifan joked, "I no longer have any appearance value!" However Wu Yifan was not reluctant during the process at all. He even responded with a steady gaze and remained as handsome as before. His fans had nothing to worry about.

In this film the JOURNEY TO THE WEST master and disciples will have certain breakthrough in terms of their costumes. Wu Yifan admitted, "This Tang Monk was different from before, he would had sides. Hopefully I was able to interpret them even better and give everyone a different feeling." Playing Sun Wukong, Lin Gengxin said, "In the film the director gave me a lot of changes with my appearance. I was very surprised." As Sand Monk, basketball star Bateer continued the previous film's specialty of turning into a fish without any warning. "Joint playing" Piggy, Yang Yiwei and Wang Duo revealed that Piggy aside from the traditional pig head also had four different looks like a romantic flirt.

As for the journey to the west, Tsui Hark compared the Tang Monk to a "lion tamer" and disciples Sun Wukong, Piggy and Sand Monk as "murder convicts". "The film was a story about a 'lion tamer' taking 'murder convicts' to obtain the scripture. Thus Tang Monk always saw himself in a very precarious position." Wu Yifan as the Tang Monk thus was constantly worrying. "One day they might just kill me and eat me." Chow Sing Chi had a different view. "The Tang Monk's followers were all major monsters, so the Tang Monk was a management expert."
Posted by hktopten at 6:37 PM