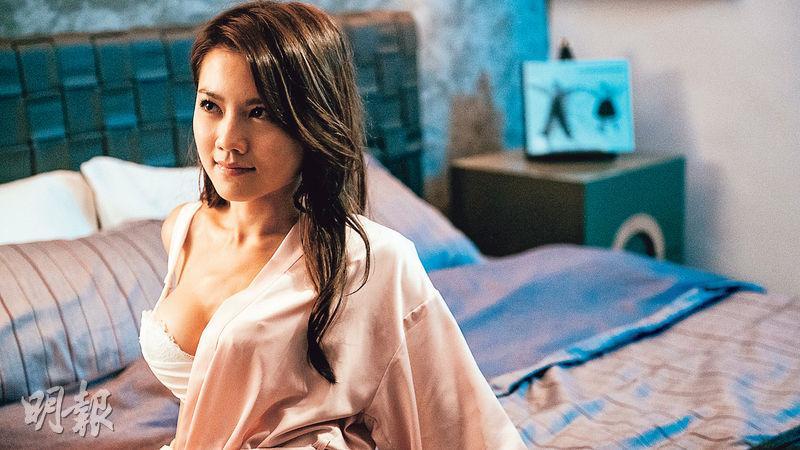 Reprising his role of "little man" Leung Foon, Lawrence Cheng Tan Shui in the Lunar New Year film YUPPIA FANTASIA 3 (SIU NAM YUN JAU GEI 3 ji NG GA YAU HEI) had a relationship with sex goddess Chrissie Chau Sau Na. They not only shared a bubble bath but also had intimate scenes. They shared a peck and Sister Na slipped off half her robe on the bed.

Currently on vacation in Europe, Sister Na said that the intimate scene was rather important. The crew was very nervous. Ah Tan told jokes to ease the tension. The bubble bath looked comfortable but Sister Na said that it was not as enjoyable as it looked. "The water temperature had to be high. We sweat as we shot. As soon as we finished a take we had to get out of the water to rest." Ah Tan stated that the tub was tailored made for this scene.
Posted by hktopten at 5:28 PM