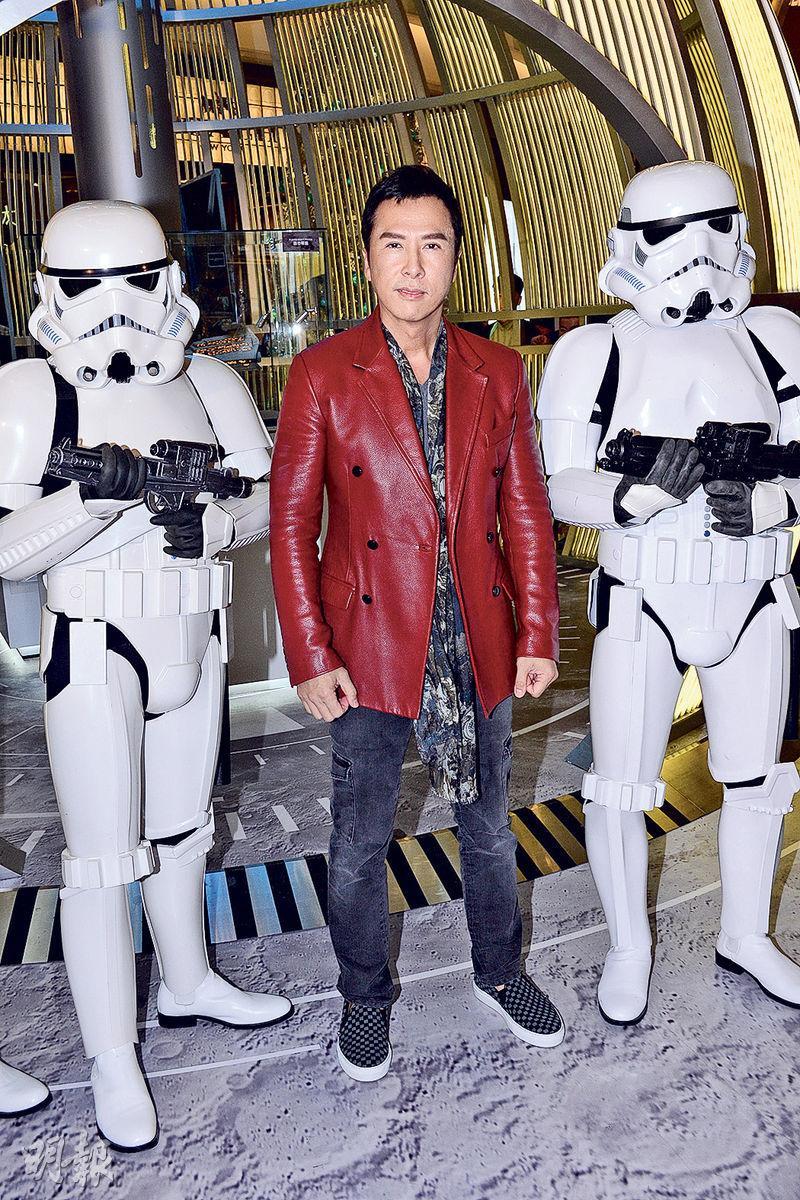 Chi Tan rushed over straight from the airport. He pointed out that he promoted the film in Los Angeles and London. While in Los Angeles he even got his star on the Hollywood Walk of Fame. Chi Tan said, "I was very happy that my wife came, even the chief of Disney showed his support. However most importantly, I performed in some foreign films before. This time I played a meaningful character that Westerners appreciated and praised!" Did he talk about a sequel? Chi Tan said that he had many projects in discussion. Currently he is still making a foreign film, but he stressed that he might not necessarily make more foreign films. Whether domestic or otherwise, as an actor he would try to do his best and have no regret. "As long as I get a chance to try and perform, I dare to innovate!"

Would he want to play hero characters? Chi Tan said that this world had a lot of possibilities. He insisted that he would work hard on improving himself. With ROGUE for example, he expected that it would be amazing but he never imagined that it would have such good word of mouth. He even became the bright spot of the film. "I feel like I represent the Hong Kong film industry and Chinese actors, especially when Hollywood film critics are so demanding. I think I can truly drink to that!"

Chi Tan admitted that he did not mind any tough production because he has been making movies for several decades. However he grew up overseas and saw the current changes of Chinese in the foreign film circle. This time the film company even said that his warrior monk Chirrut Imwe represented the core spirit of STAR WARS. Chi Tan said, "Since they gave me a staff to carry, I represented Hong Kong and would not disappoint!"

Speaking of Christmas, Chi Tan said that he still had to work on CHASING THE DRAGON (JUI LUNG) so he would not have time off. Actually when his daughter sang at school he did not have time to go either. He also missed his son's tae kwon do red and black belt ceremonies and birthday. Chi Tan said that he would rely on videos and he already felt like the family was all connected.
Posted by hktopten at 2:50 PM