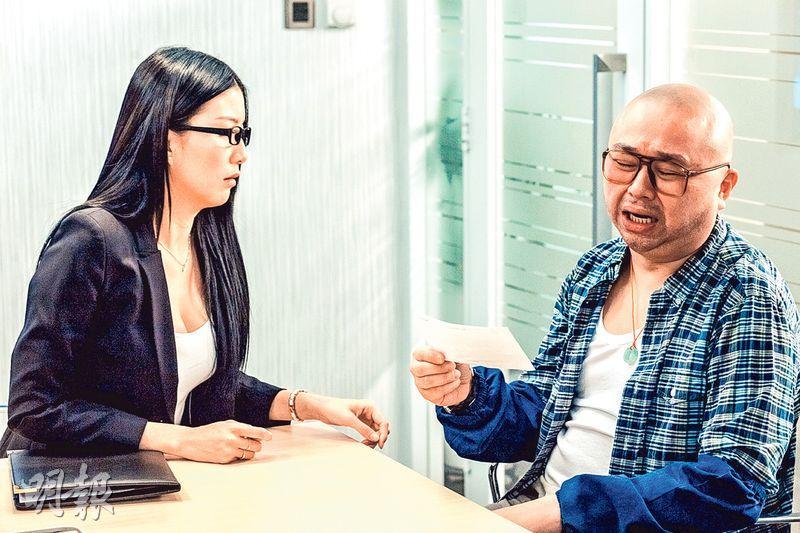 In one scene, when Bob went to pick up his lottery top prize Chan Ka Wun tried to use her beauty to separate Bob from his winning. For this scene Chan Ka Wun not only showed off her "career line" but also crawled on the table to "lure" Bob. Bob joked that with a little less stamina he would not have been able to take t. He sad that during the shoot he had to take tranquilizer. "You try to imagine Chan Ka Wun with her 43 inch long legs. Not only are her legs attractive, her pair of......eyes are also very sharp. Looking into them you would get dizzy."
Posted by hktopten at 10:37 PM