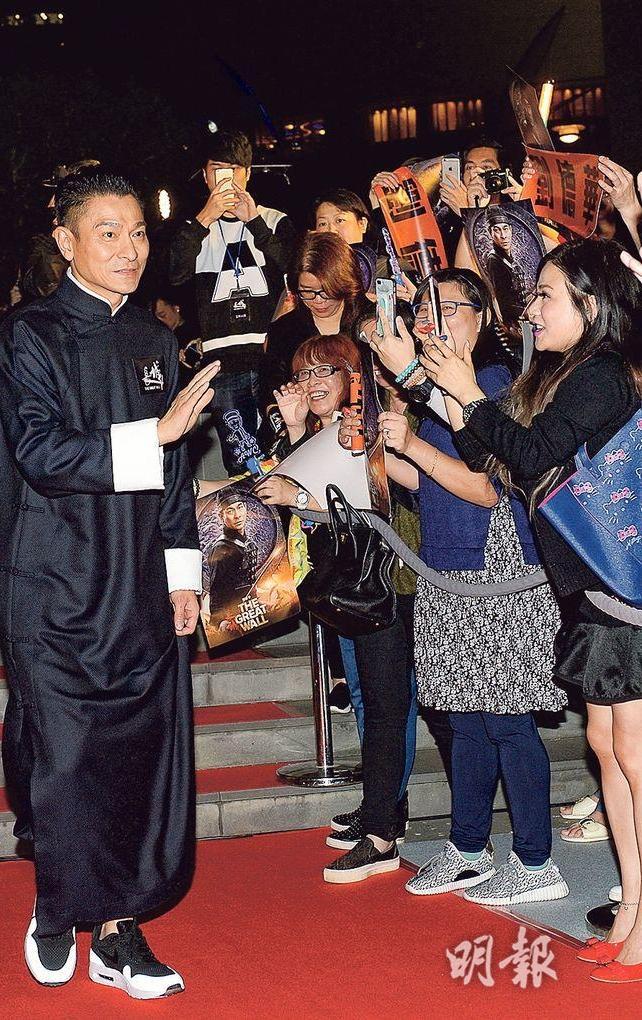 Zhang Yimou and Lau Tak Wa worked together again after 12 years. Wa Jai sad that he has wanted to work with the director again long ago and felt that this was another big step for Zhang Yimou's career. He also hoped that they would enter a new era together, so he felt very honored to be able to participate. Zhang Yimou also praised Wa Jai for being a well kept evergreen and asked what Wa Jai's diet was. Wa Jai said that he had to thank the director for his support. Was working wth teams and actors from different nations difficult for Zhang Yimou? He admitted, "The number of people wasn't the problem, the biggest difficulty was how to merge the cultures together and find a common point. However being able to introduce Chinese culture to viewers around the world is a good thing."

Zhang Yimou not only praised Wa Jai but also Hollywood star Matt Damon. He felt that he was nice and a good actor. He also provided a lot of suggestions on the script and corrected everyone's English pronunciation. Wa Jai revealed that he spoke English but the ancient pronunciation was different from now. Matt Damon would correct him. Wa Jai said, "In one scene I had 3 pages of English dialogue. It took 4 days to shoot. Thank you everyone for your patience with me!"

Working with Matt Damon for the first time, Wa Jai admitted that at first he was worried that it would be strange. However he actually has seen his movies and was very familiar with him. Thus they would have exchanges. They would discuss movies like INFERNAL AFFAIRS and THE DEPARTED, study the script and characters together. Matt Damon like him also had a production company. He even started as a screen writer, so this time he provided suggestions to the script. Aside from talking about movies they also talked about life. Are they good friends now? Wa Jai said, "Not really good friends, but I hope we can become good friends!" Would Wa Jai like to try his luck in Hollywood? Wa Jai said, "That would depend on opportunity. Now the Hong Kong and Mainland markets are making a lot of movies. Foreign films rarely would be Chinese subject like this one. It would depend on fate!"

This film was Zhang Yimou's first foreign film. Last week it opened in the Mainland and over four days it accumulated over 500 million RMB. Zhang Yimou admitted that he was pleased the box office trend. The film will open in the U.S. in February. He will also bring the team to promote in the U.S. He also hoped to be able to work with Matt Damon and Lau Tak Wa again, because now good actors are few.
Posted by hktopten at 6:08 PM