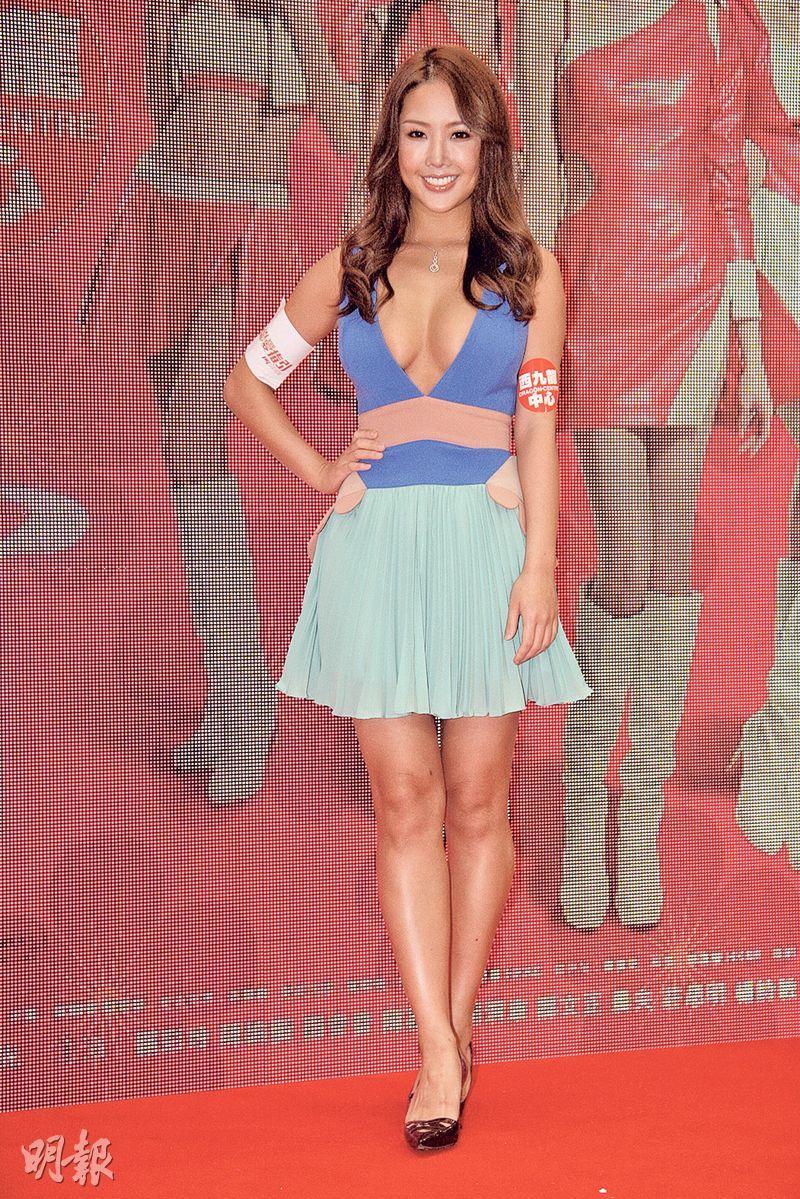 Jacquelin Chong Si Man, Angie Shum Yat Ka, Anita Chui Bik Ka, Alycia Chan Yuen Hung and Jumbo Tsang Suk Nga yesterday promoted their new film PG LOVE (PG OI LUEN JI YUN). They made Tang Yuan with fans. Chong Si Man said that she was not afraid that the sexy Chui Bik Ka and Tsang Suk Nga would steal her spotlight. She would wait until the premier to show what she has.

For this film, Chong Si Man gained weight to over 140 pounds and 31 inch waist. Although she has already dropped to 120 pounds and 26 inch waist, her TVB program producer still thought she was too fat during the team's Lunar New Year dinner. She admitted that when she did voice work for the film, she was very mad to see what she looked like. Did she lose the chance of renewing her fitness company contract? She said that actually the contract was almost up. The company would decide whether to renew with her or not a few months after. She said that she would do her best to win back her spokesperson identity. Did other weight loss company make her any offer? She said that she was familiar with the old company. Now it still welcomed her to use the machine. Thus she would rather work with the company she knew.

Shum Yat Ka yesterday admitted that she was dressed conservatively. She only accepted showing her back and legs and would leave being sexy for others. Speaking of her father, she revealed that her father has already been released from the hospital. Yet due to his irregular heartbeat and his heart stopped for awhile, now he would need someone to take care of him 24 hours a day. Chui Bik Ka said that she only found out about this dress that the designer has prepared for her after she got there. She took precautions against wardrobe malfunction. She also revealed that the film company asked her to be sexy for the premiere to coordinate with the film subject. Chan Yuen Hung said that she just got that news that her former superior suddenly passed away. Thus she put wore black. She explained that the news was too sudden. Earlier they tried to get together but could not. When she learned that he participated in the organ donation program and already helped two other lives, she felt that the whole thing was very beautiful.
Posted by hktopten at 7:50 PM