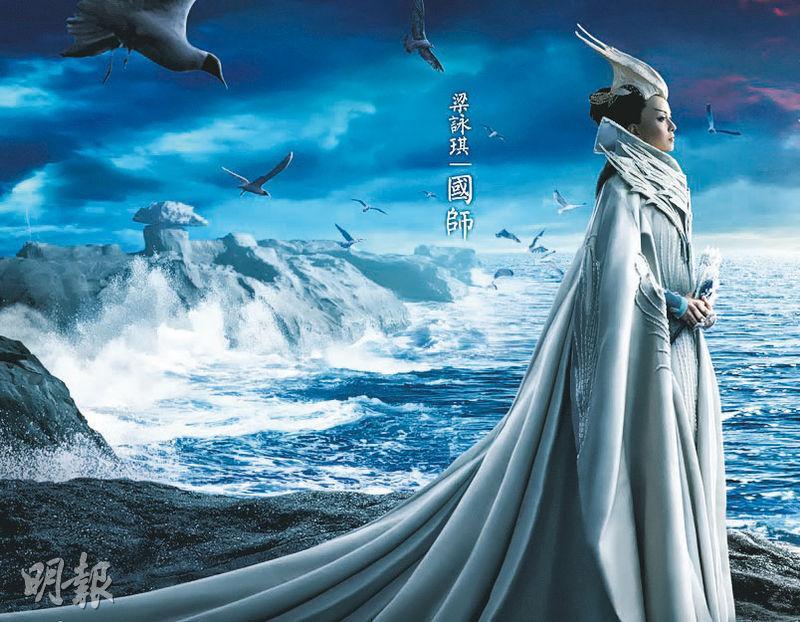 The film THE MONKEY KING 3 (SAI YAU GEI NUI YI GOK) yesterday released two promotional posters with Gigi Leung Wing Kei and Liu Tao. Playing the prime minister of the Women Nation, Gigi stood on the edge of an endless sea. Gigi said, "My character is like a mother, she has a mission -- to properly take care of the King. This costume is very special, needs special effect make up. Although everyday at work I would spend almost 7 hours to put on and remove the make up. The costume is also very heavy and gives me neck and shoulder pain. However I really like this type of fantasy costumes." Liu Tao played an emissary of the Goddess of Mercy and showed off her unconventional and tender side.
Posted by hktopten at 7:14 PM