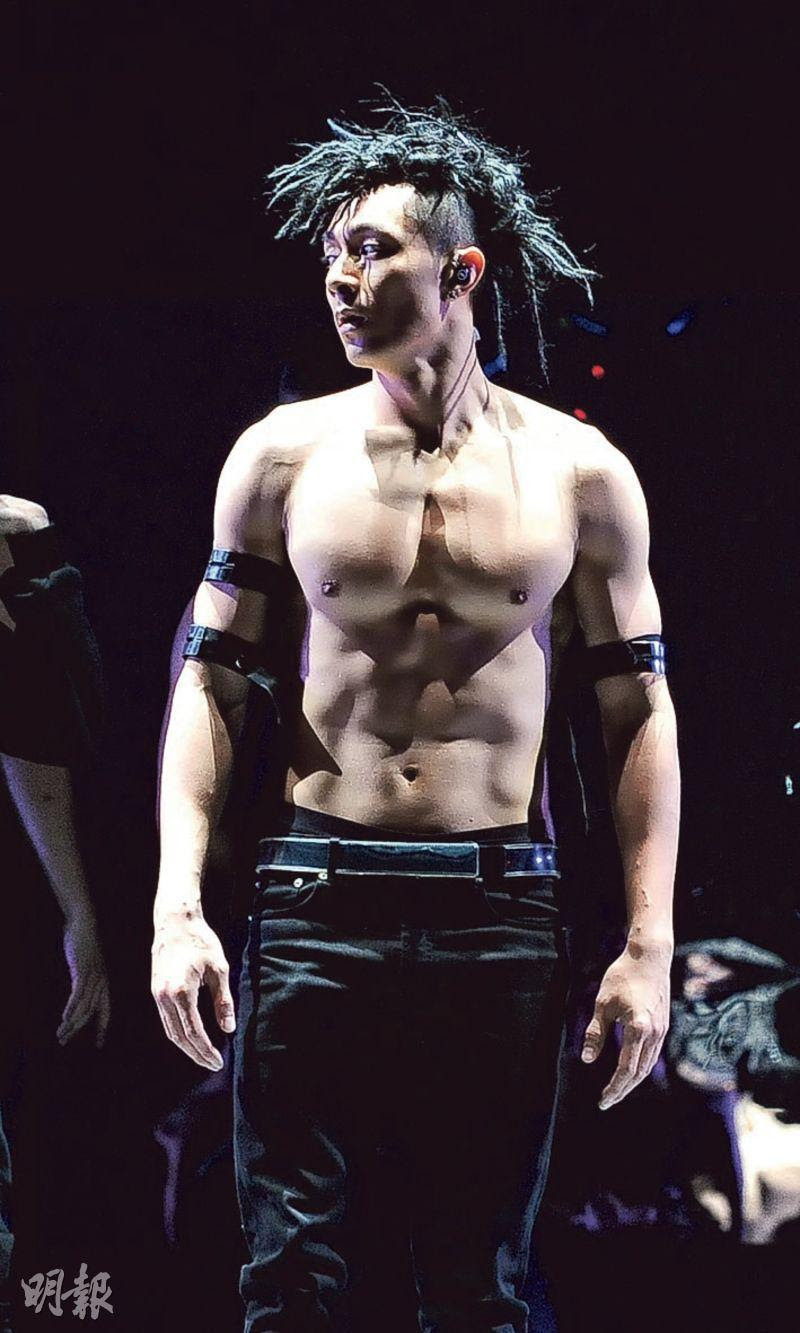 The three show Pakho Chau One Step Closer Pakho Live 2017 concert series ended two nights ago at the Hong Kong Coliseum. Pakho's wife remained low key and did not appear. One of his guests was Charlene Choi Cheuk Yin. Ah Sa said that she had an ulterior motive as a guest, to promote their new film 77 HEARTBREAKS (YUEN LOI TA 77 CHI). As Ah Sa prepared to calculate the box office Pakho said, "You are the best at math. You have so many properties, you are a little rich woman in show business. I don't dare to touch your pearls, I can't afford them." Ah Sa said, "You are such a troublemaker." Ah Sa sad that with 10,000 people at the venue, if each one went to the moves they would bring HK$ 500,000 to the box office. However their math got them more and more confused. Pakho said, "Did you count wrong. People always say I don't know math. Actually I do, but I am performing so I can't. Are you trying to set me up?" As Ah Sa descended from the stage, Pakho joked, "Go, I have been listening to your songs since I was little." Ah Sa said, "Drop dead." The crowd cracked up.
Posted by hktopten at 7:52 PM