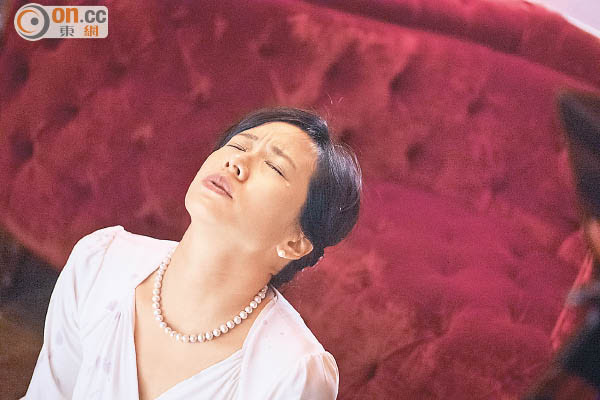 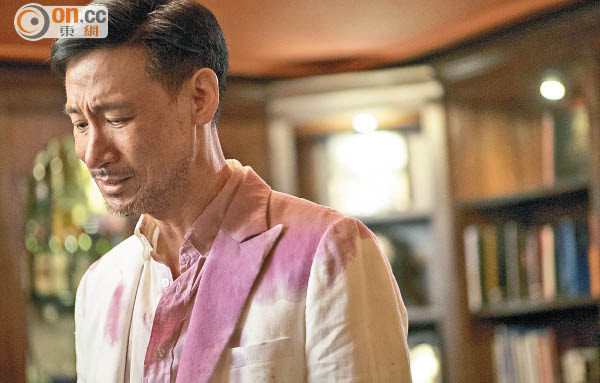 Fresh out of the oven Golden Horse Best Actress Karena Lam Ka Yun earlier worked with Jacky Cheung Hok Yau on the new film THE FRENCH KISS (UM SIK TIN TONG). They worked together 13 years earlier on another teacher student romance film. At the time Ka Yun swept the Golden Horse awards with the film. Working together again, Ka Yun before the release of FRENCH has already won the Golden Horse Best Actress. No wonder her co-star Hok Yau joked that she got good luck from working with him. Playing a pastor in the film, Hok Yau fell for his subordinate Ka Yun in the film and got into legal trouble because of it.

The film is Ka Yun and her director husband Steve Yuen Kim Wai's first film collaboration. This time she even worked her claim to fame about teacher student relationship JULY RHAPSODY (NAM YUN SEI SUP) lead actor Cheung Hok Yau. Many are looking forward to their reunion after 13 years.

Hok Yau and Ka Yun in FRENCH again had an ambiguous relationship. Playing the pastor, Hok Yau was a non profit group's CEO at the same time. He and his subordinate Ka Yun became attracted to each other, but due to their identities they had difficulty with developing a relationship. Hok Yau finally gave in and kissed Ka Yun, who then sued him for sexual harassment. Anthony Wong Chau Sun and Helena Law Lan played their lawyers, and Michelle Wai Si Nga also had a part.

THE FRENCH KISS is Emperor Motion Picture invested and distributed, based on the female stage writer Candace Chong Mui Ngam's 2005 play. The story once won the Hong Kong Drama Awards Best Script and Top Ten Most Popular Programs. At the same time, Ka Yun's husband Yuen Kim Fai directed the film. Making his film directing debut, he shot many make out in the car and look exchanging scenes for Ka Yun and Hok Yau. Ka Yun's performance in the new film was outstanding and had a chance with the assistance of her husband and Hok Yau win another Best Actress award.
Posted by hktopten at 2:11 PM No comments:


The Golden Horse Best Actress Karena Lam Ka Yun yesterday attended a restaurant event. Her family showed their support in secret. Ka Yun revealed that when she tried to breast feed in public things got awkward. "At tea I breast fed under the cover of a cloth, the people around me looked at me strangely. In the end I had to breast feed in the women's room. I wasn't really happy, since breast feeding is so natural."

Did Ka Yun celebrate more after winning Best Actress? She revealed that she got sick as soon as she got home. "I had a fever as soon as I got back, but at 8AM I took my daughter to school as usual." She said that she got many good scripts and that her film with Jacky Cheung Hok Yau will open in March. Speaking the Golden Horse jury after three rounds of discussion only voted once to make Ka Yun the Best Actress, she said, "It depends on the taste of the jury and luck every year. It's fine once it's passed, there is no need to bring it up again."
Posted by hktopten at 2:35 PM No comments:


The PORT OF CALL (DAP HUET CHUM MUI) Golden Horse Award Best Supporting Actor Michael Ning (Bak Ji) yesterday attended an audience appreciation event. Fans surrounded him for photos. He said that people often mistook him for Lam Suet, which improved after he won an award. "It's not important whether they know me or not, the most important is they know the film."

As the band Juicyning's guitarist and a stage actor, Bak Ji said that he would not only focus on making movies. "I still have to work on musicals and music, I want to make movies but for now I haven't gotten any new script. (Did you get a raise?) I haven't thought about it, but I hope people would since we are all working class folk!" Aside from comedy he also hoped to play all the characters of the late veteran actor Roy Chiao (Kiu Wang). "I feel he was an amazing actor."
Posted by hktopten at 2:26 PM No comments: 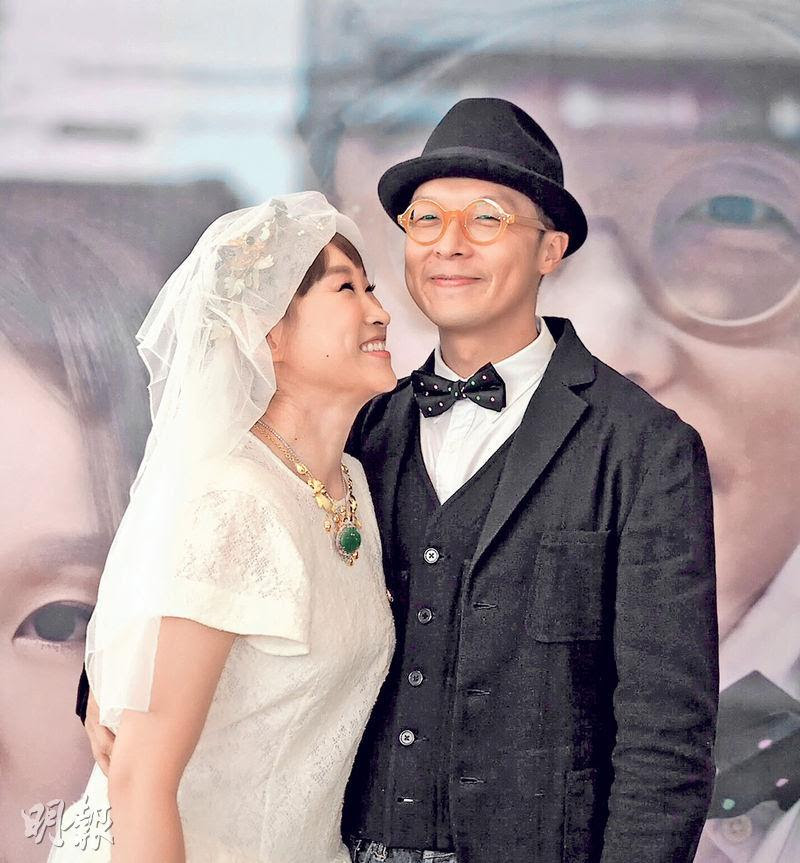 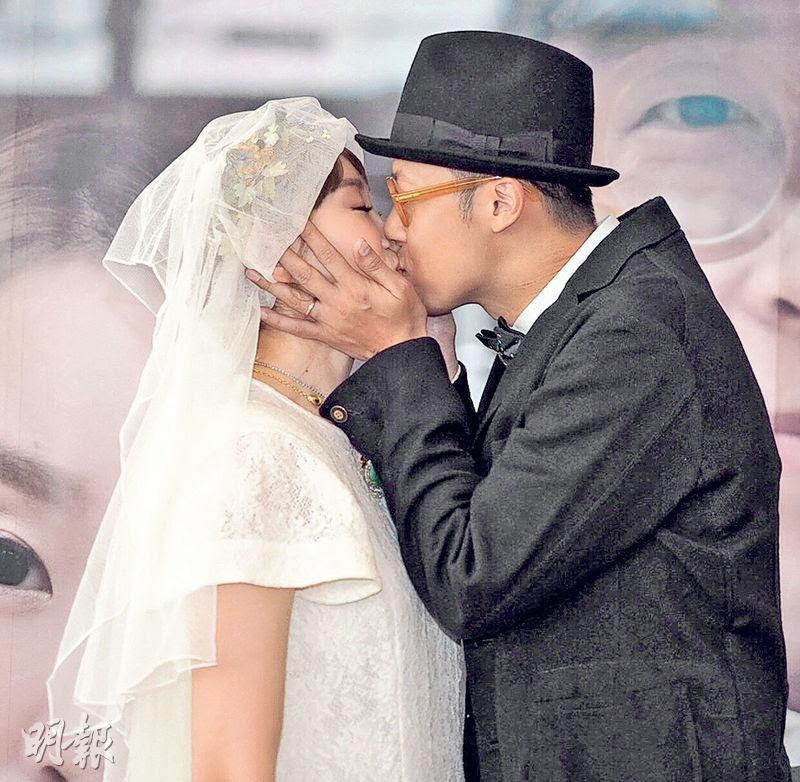 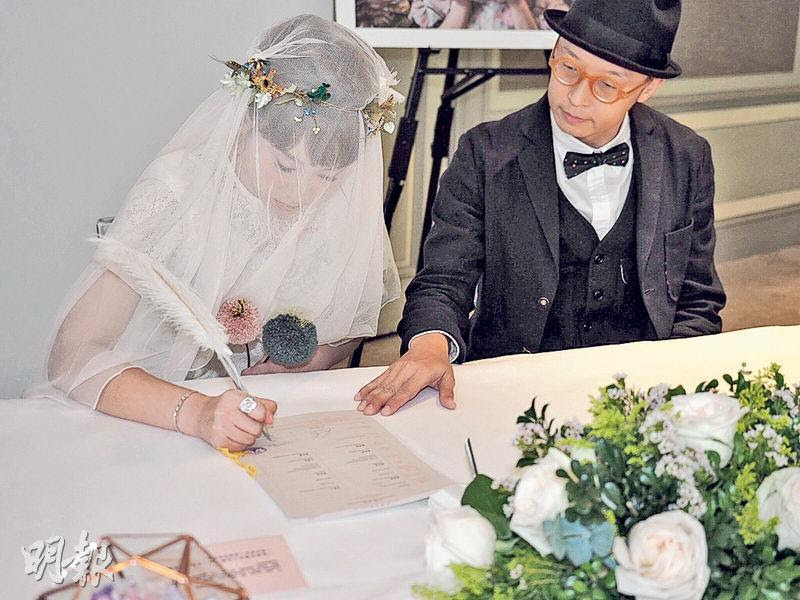 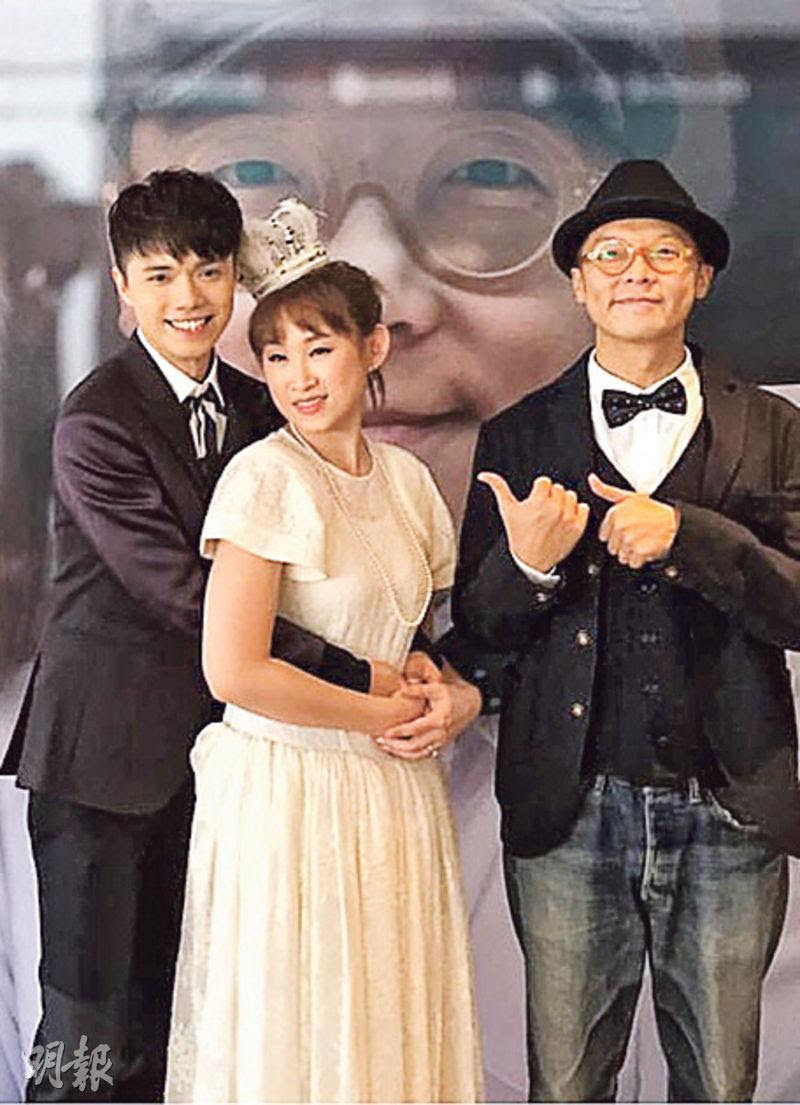 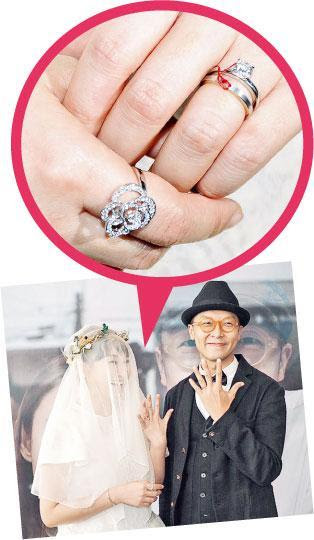 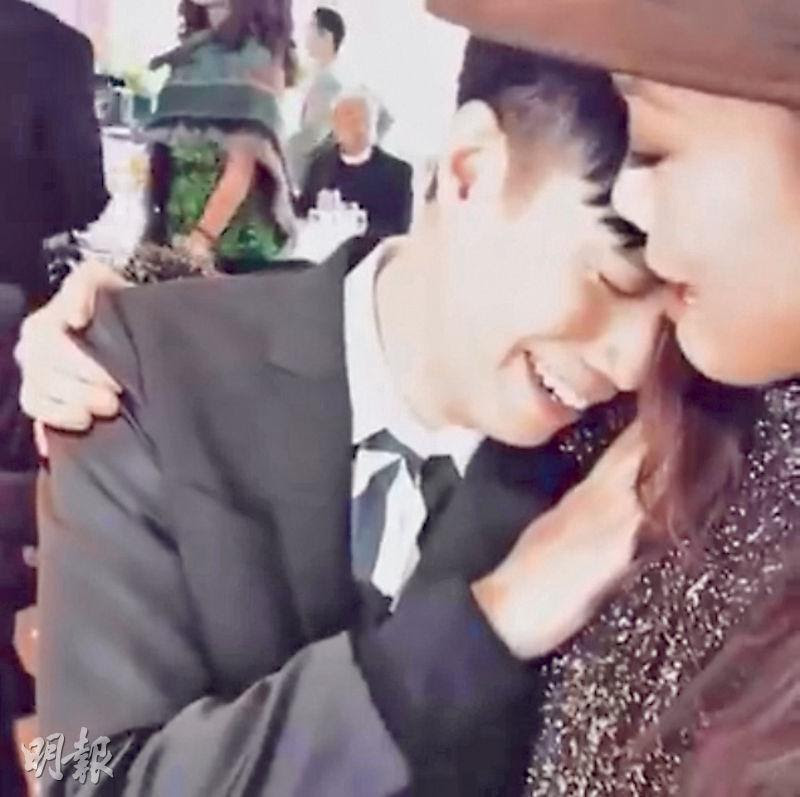 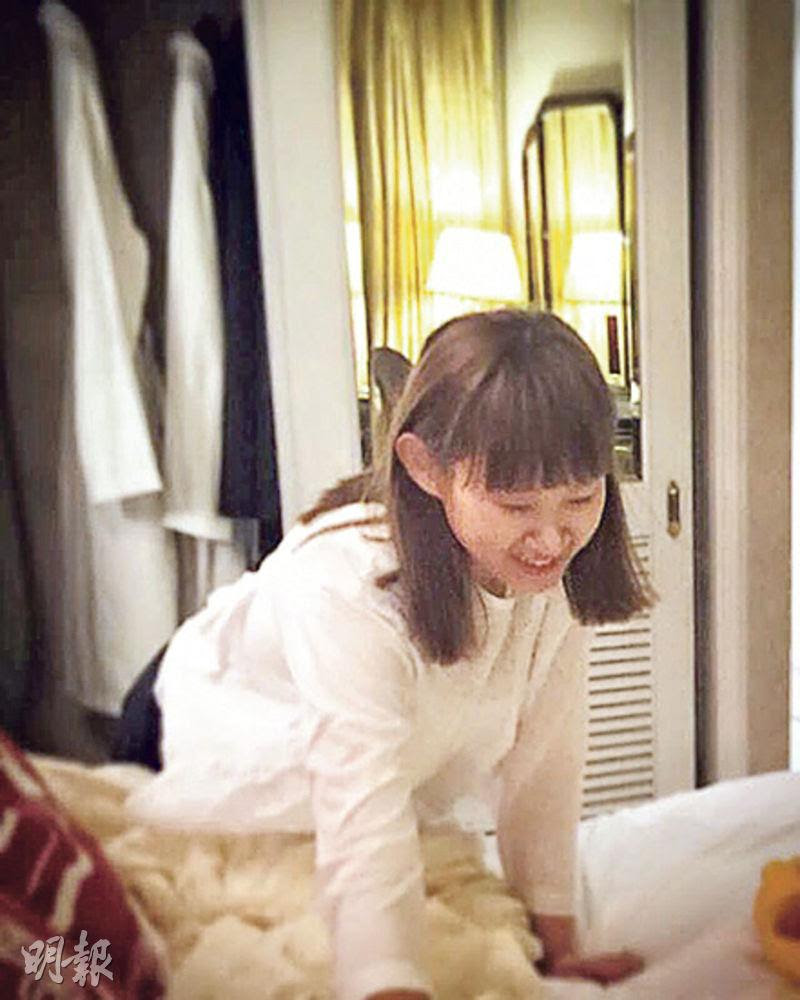 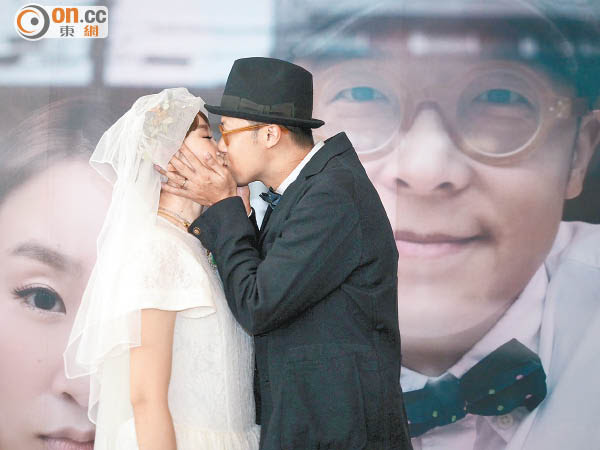 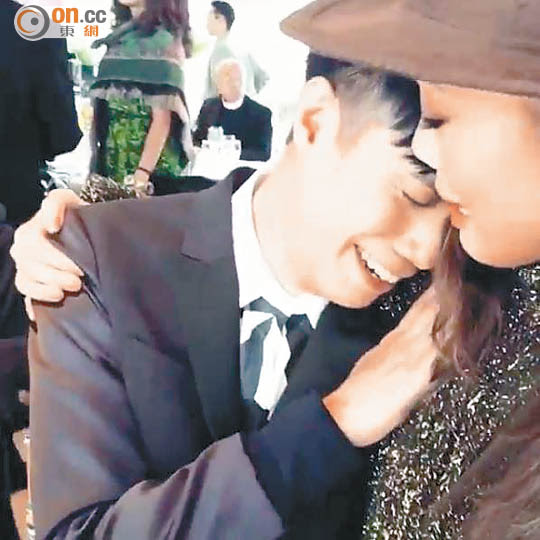 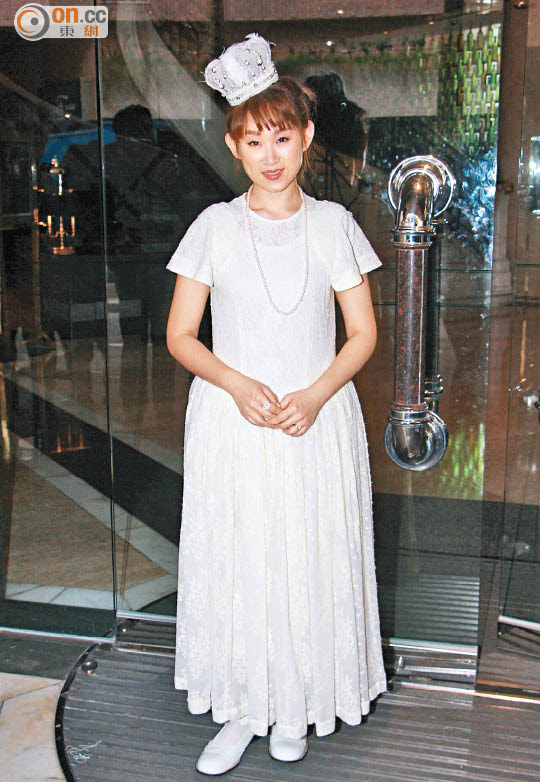 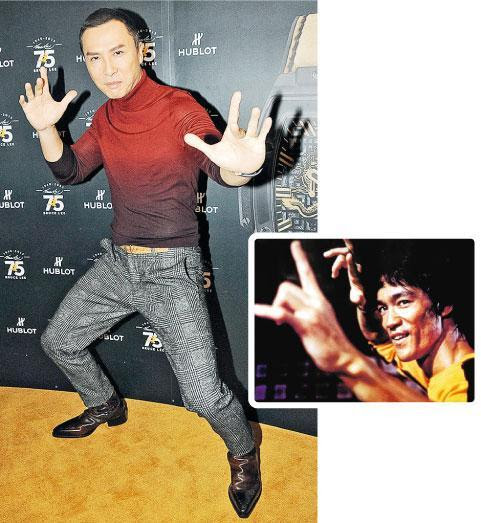 On Chi Kit first knew about Jackie Chan before Bruce Lee, but he admired his kung fu. Speaking of his wife Jessica C.'s pregnancy, he said that his wife will soon go to the U.S. for the birth. After he finishes his film he will fly there to join her, but he did not want to reveal the sex of the baby.
Posted by hktopten at 7:43 AM No comments: