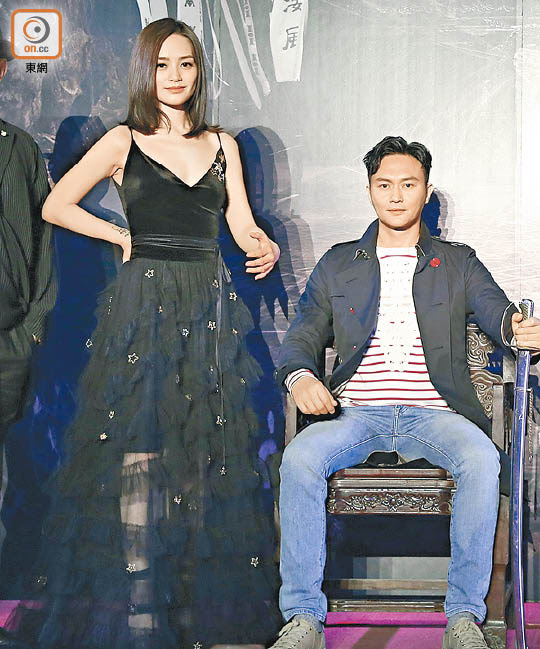 Ah Gil in the film played a pregnant woman for the first time. Without any experience, before the shoot she did her research. Even her co-star Cheung Chi Lam was not spared as she asked about Ah Len (Yuen Wing Yi)'s pregnancy behavior and gestures. Cheung chi Lam did not know whether to laugh or to cry. He said, "I haven't been pregnant either, I am just like her. So I only told her Ah Len's very obvious behavior."

As for the most memorable scene, naturally it was the birth scene. Ah Gil said, "During that scene, a dozen or so people surrounded me. They were all men. At first I really didn't know how to react. Later I realized that everyone's goal actually was the very same -- to get off work soon. So I very quicly gave birth."
Posted by hktopten at 6:11 PM