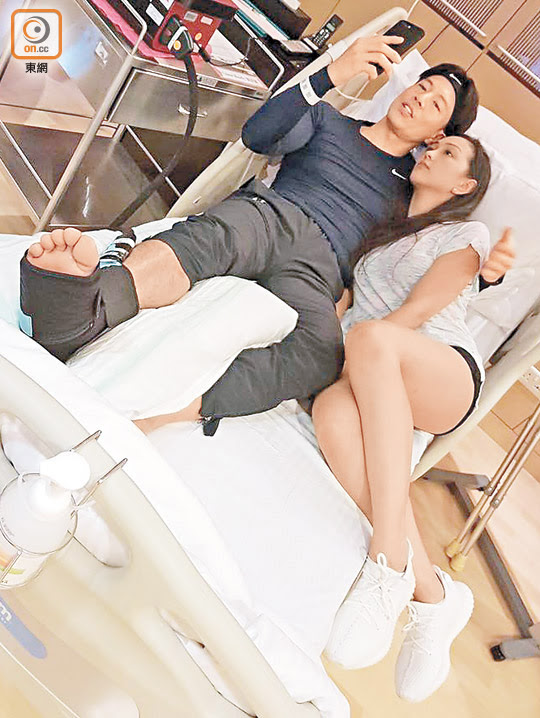 Andy Tien (On Chi Kit) while working on the film GONG FU LUEN MUN (KUNG FU ALLIANCE) in Ningbo on the 19th had to run then stop and turn. The stunt however tore his right ankle. That night he had to be rushed to the Ningbo hospital for examination. The next day On Chi Kit returned to Hong Kong and was hospitalized for x ray and MRI. The doctor finally decided to operate yesterday. Recovery would take several months, but the film has already started production. On Chi Kit might rest for two weeks before he returned to work.

On Chi Kit's management company yesterday said that On Chi Kit's doctor was a expert in the field so he was very well taken care of.
Posted by hktopten at 7:47 PM