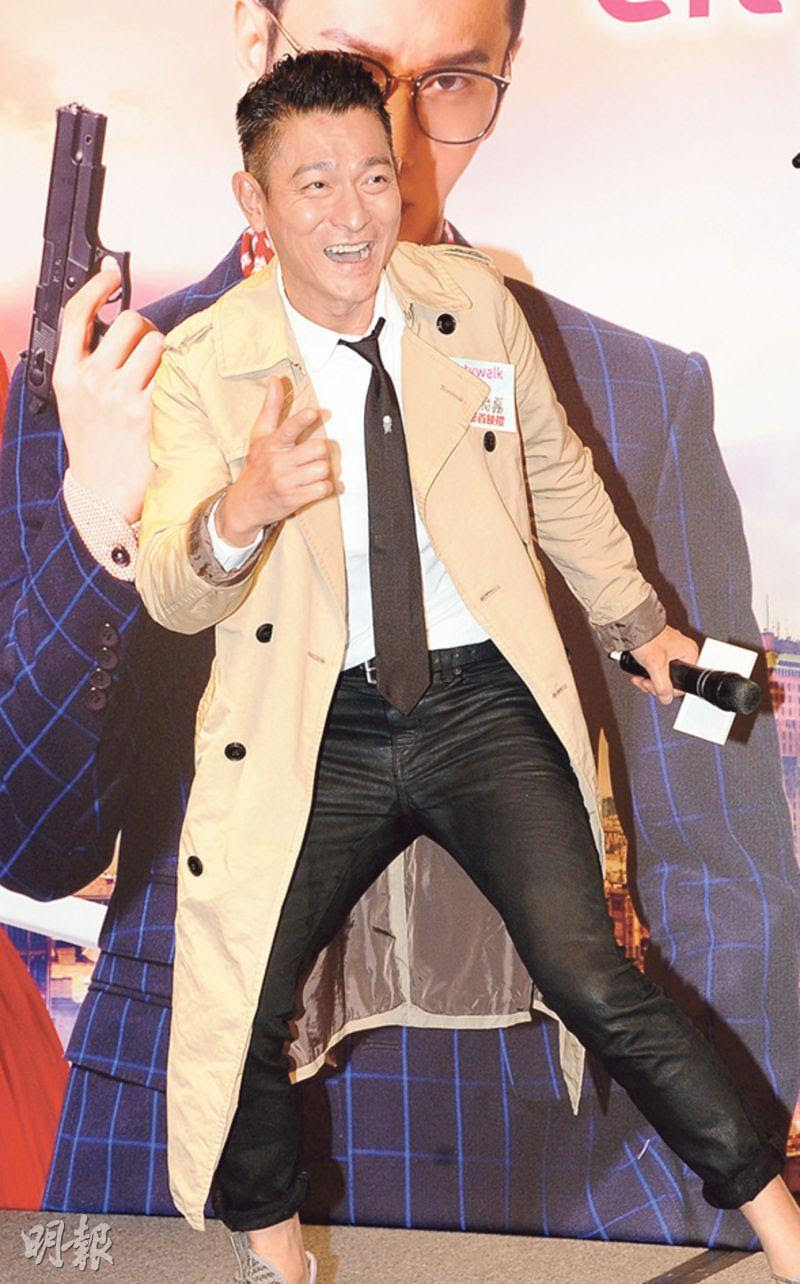 Wa Jai said that working with Huang Xiaoming in the film felt like when he worked with Nick Cheung Ka Fai on PRINCE CHARMING (HAK MA WONG JI). He explained, "I carry the burden of an idol, without any way to perform as wildly as he does. He can go all out, he can do whatever that is asked of him without any baggage!" wa Jai even praised Wong Jing for being very serious on this film. He finished shooting the previous film in Macau and returned to work on the scripts. The team also went to Italy for location shoots. Other than work everyone had a lot of fun. Wa Jai had a small scar on his forehead. He revealed that he accidentally injured himself while shooting in Prague. Did his wife and daughter have heartache from seeing it? Wa Jai said, "It's OK!" Speaking of Sister Bo Bo joking about him being her husband in the film and even had kiss and bed scenes in the film, Wa Jai joked, "They were all cut, I have a family, how can I take off my clothes on the silver screen again!"

Sister Bo Bo thanked director Wong Jing for making her "god" Huang Xiaoming's mother, giving her scenes with Wa Jai and pretty clothes to wear. Thus she happily hug Wong Jing. Sister Bo Bo still happily said that this time she had five costumes that were as elegant as the Queen from head to toe. She said, "I really was dizzy from being so pretty, which I have never done before in my career. Wong Jing really treated me very well. People who asked me to make movies before gave me old and crazy roles. This time I have two hunks with me, I didn't even ask about the salary!" Sister Bo Bo lowered her voice when she talked, which made everyone think that she still was playing the wealthy wife in the film. She explained that actually earlier she had acid reflux so she had to speak softer. She said, "The tender me is rather good, I told the doctor not to cure me too soon. Just let me be gentle a little longer!"
Posted by hktopten at 12:03 AM