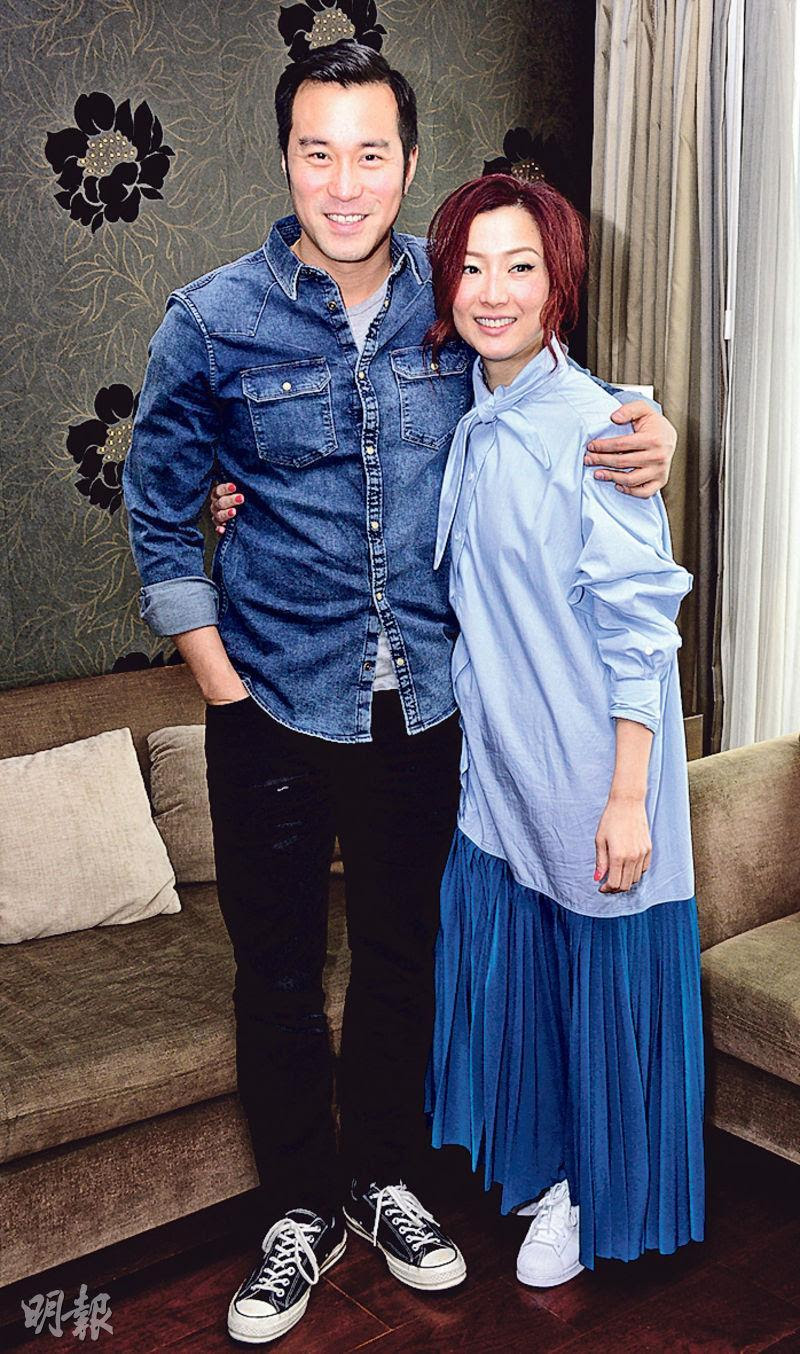 Sammi Cheng Sau Man in the film LOVE CONTRACTUALLY (HUP YEUK NAM NUI) played a female CEO who chose the courier Joseph Chang Hsiao-Chuan to be a sperm donor. After working with many Hong Kong gods, how did she feel about working with a Taiwan god like Chang Hsiao-Chuan? Sammi said, "I feel everyone has a different personality. With every co-star, I not only got to know them but also discovered a fresh me with different performance. Hsiao-Chuan was very kind, warmed up slowly, but this wasn't a problem. It wasn't like passion as soon as we met would be better, we could get to know each other slowly." However Sammi still made fun of Hsiao-Chuan to be able to receive the "slowest to warm up award". Then she thought of another co-star Tony Leung Chiu Wai. They also had to wait until the production wrap to have something to talk about. Hsiao-Chuan was not the slowest!

The film examined the sperm donation subject. Did Chang Hsiao-Chuan and Sammi agree with this method? Hsiao-Chuan liked children. He said, "I feel it's very hard to say whether this works or not, it's a very personal matter. Everyone has their own stories, whether 'sperm donaton' is good or not......I said something like I haven't said anything at all, ha ha! However this is something that is worth discussion." Would he be willing to help a friend? Hsiao-Chuan asked why? Sammi joked, "What if I asked you?" Hsiao-Chuan was stunned. "Then we have to talk more!" Did he plan to have children? Hsiao-Chuan said, "If I get married, I would."

Sammi accepted having children, but she would not. Would she freeze her eggs? Sammi replied, "This is a good question, actually I can. Using my own eggs is a good way for many girls who haven't decided on whether to have a child or not. I haven't decided yet, so I still haven't had one." Would she really freeze her eggs? She said, "Since I am not so sure, of course I haven't. However if I do I have to do it at this age, if I don't I won't get to."

Hsiao-Chuan said that before working with Sammi, he learned about her from her movies and songs. His impression was that she was very cool, did not talk and very hard to get close to. After getting to know her he realized that she was very happy and very warm, really took care of people. Hsiao-Chuan said, "I always felt embarrassed. I warm up slowly, but this time that awkwardness very quickly disappeared, very quickly we found the pace and chemistry. So the production was very pleasant." Was he slow to warm up with each movie? Hsiao-Chuan said, "This is a part of my personality, sometimes before the wrap I still weren't familiar with my co-stars whether they were male or female. Because I would feel that I had to focus on work, I wouldn't have too many personal exchanges." Did Sammi start the conversation this time too? Hsiao-Chuan said, "Our chats were rather natural, we talked about food, exercising, and religion." Sammi followed, "It wasn't deliberate, it was pretty comfortable. Everything was cumulative and wasn't in a second." She also said that the film shot on location in Normandy. The atmosphere was very romantic already. With the beautiful scenery helped with getting into character.

Sammi also praised Hsiao-Chuan as actually being very humorous. Many scenes relied on his inner sense of humor, so all the comedy was focused on Chang Hsiao-Chuan. The touching spots were in the second half. Sammi mostly made romantic comedy but she felt that she has always played neurotic girls and often the victim of Andy Lau Tak Wa and Louis Koo Tin Lok's pranks. This time her character grew as she became a dominant CEO. She admitted that she wanted to play similar characters. After EVERLASTING REGRET (CHEUNG HUNG GOR), was she afraid of playing heavy characters again? Sammi said, "I wouldn't, unless my depression hasn't healed. I would like to try different characters."
Posted by hktopten at 8:10 PM