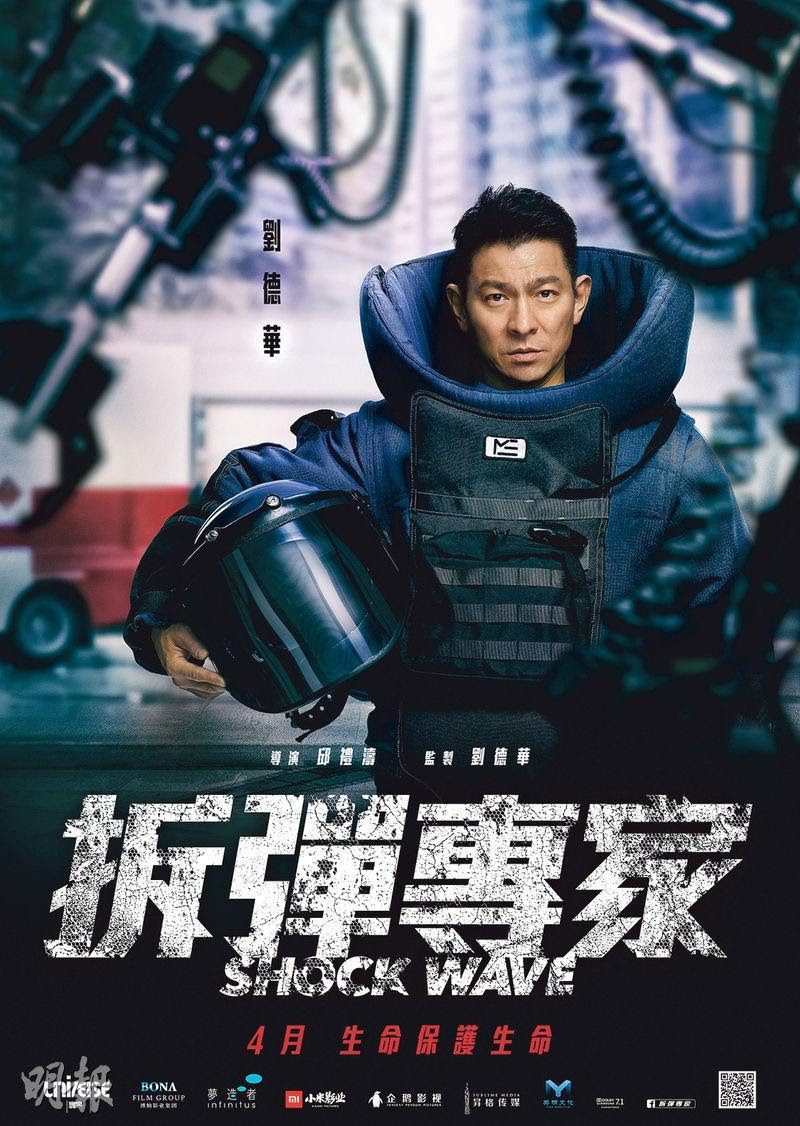 Andy Lau Tak Wa is still being treated at the hospital after falling off a horse during a commercial shoot in Thailand. The film that he made before his injury, SHOCK WAVE (CHAK DAN JUEN GA) will open in April. Yesterday the poster was unveiled. Wa Jai in bomb squad gear prepared to defuse a bomb. Wa Jai's bomb squad gear weighed over 70 pounds. In the film he handled different bomb cases. In one scene a World War II bomb was found at a construction site. He inspected it in close distance and evacuated people nearby. He was responsible for handling and defusing the bomb. Wa Jai and Ron Ng Cheuk Hei for their characters met with a group of bomb experts and listened to their bomb case experience. They also learned basic bomb disposal knowledge and technique, handling procedure, driving a bomb disposal vehicle and other lessons. When a 500 pound bomb from the war was found at a Po Fu Lam construction site, Wa Jai could really relate to the news. He sad that the bomb disposal expert who was responsible for the case was their instructor. With his construction site bomb disposal scene in the film, he understood how difficult the bomb disposal expert's job was.
Posted by hktopten at 3:00 PM