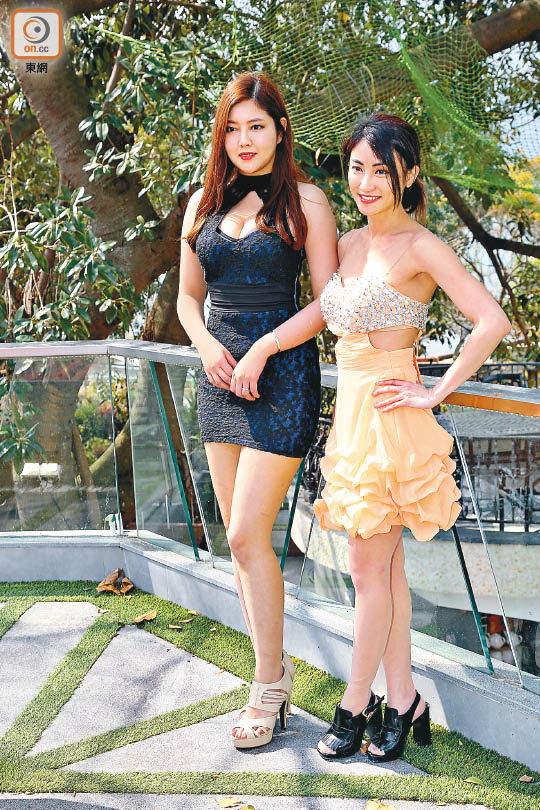 The lead actors dressed in "VIP on top, showing off below" fashion. In the film the trio originally was Wise Guys but stumbled their way into becoming gigolos. Bob revealed that Don was the happiest as he would have a love scene with Wong Ha Wai. Don said, "Before signing the contract I didn't know that I would have a love scene with Aunt Ha Wai. After I found out I wanted to give the money back to the company, because I would do a love scene with Ha Wai BB for free. In my heart 100 girls can't compare to Aunt Ha Wai." He also joked that he would share with his brothers, Chiu Wing Hung would get the kiss and Bob the bed scene. He would just watch from the bedside. After the photo opportunity, Bob again pushed Don to Aunt Ha Wai and told her to kiss Don. Don pretended to enjoy it. Bob was also lucky in the film as several pseudo models would feel him up. Bob said, "They would miss the important area, the important area is left for the old lady to feel."

Joe Lam Jok yesterday attended his first film production ceremony start. He got shy around Gloria Wong Yung and Yumi Wan Chun Hei. Finally the two girls took him by the shoulder for a photo. Lam Jok revealed that in the film he would guest star as a writer. Was this his first time? Lam Jok joked, "Do you have to call it that?" He said that he was not used to having his hair done. Would he need to be slapped in the film? He said, "I haven't read the script yet, it shouldn't be too difficult. I am not the one doing the slapping. (Does Mommy allow?) She probably wants me to make something of myself, so she isn't afraid of any sacrifice I make. I don't have to worry about her." As for his bottom line, he denied that he said that he would accept nude performance. It would depend on his co-star and a lot of factors. Would the co-star be Louisa Mak Ming Sze? He avoided the subject. "Don't say anything more, as soon as we talk about her there would be a lot of ripples." Some claimed that he took advantage of his former girlfriend's comments . Mak Ming Sze replied that as long as it was not physical she was fine. Lam Jok said that he read about it but had no comment.

He also said that no one told him that the film would have so many pretty girls. As far as he knew he would not have any intimate interaction with the actresses. "I should've asked. I wouldn't fought for it. (Were you not afraid that your professional attorney image would be affected?) It was just talk." As for salary, he said that talking about money would very easy make people react. Thus he did not talk about money, as he hoped for a chance to develop a little. He also revealed that he was in negotiation for his next film and would make an announcement when the time would be right.

Wong Yung looked thinner. She explained that because she wanted to try a fitness contest so earlier she kept working out. Her weight has dropped to 90 pounds and she dropped a cup size. She had to new underwear. She also revealed that in the film she would not have any scene with Lam Jok. She mainly would seduce Bob and have physical contact with him. "I would touch him all over, (including the important part?) The story didn't require it, but I want to......the important part I am referring to is his face."
Posted by hktopten at 7:07 PM