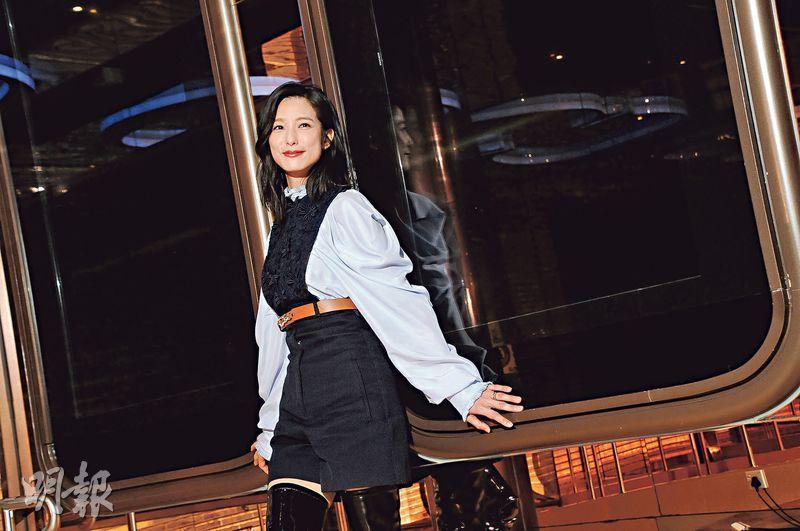 The Taiwan female artist Megan Lai starred GET THE HELL OUT will open on September 3rd. Currently working with Aaron Kwok Fu Sing on the new film DISCONNECT'D in Hong Kong, she took time to promote the film.

Megan Lai has been working in Hong Kong for almost 3 months, during which the pandemic returned. She admitted that she was a little worried that work would be affected, but she still first took care of herself first so everyone would be a little more at ease. While in Hong Kong, she said that she lost 4 kilograms because she had time to exercise and she cooked everyday.

Megan Lai in GET had many action scenes, the production of which indeed was painful beyond description. "We shot it in September last year at its hottest, trapped in a closed conference room that was in ruins without water or electricity. It was already very crazy. We had blood and sweat all over us in a stuffy place while working on a lot of action scenes." She joked that later the team prepared oxygen tanks for the cast. "Because after the action scenes in a closed room we couldn't go outside to take a breath, they were afraid that we couldn't catch our breath. However I tried to rest as much as I could and not to use the oxygen. Instead I made fun of lead actor He Hao-Chen for needing this stuff more than I did!"