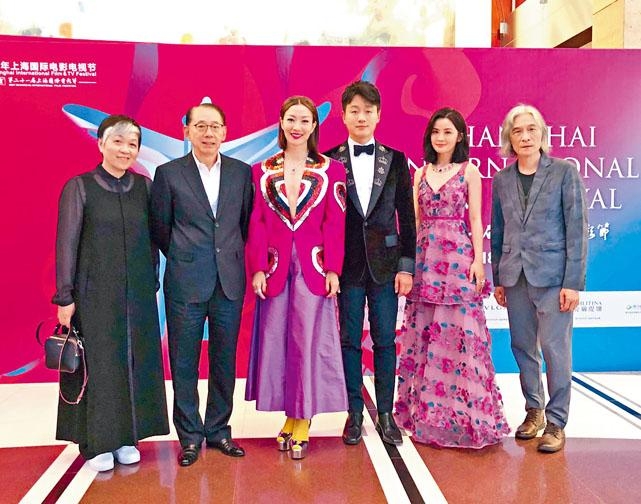 Cheng Sau Man and Choi Chuek Yin worked together again after 14 years on THE FATAL VISIT. Ah Sa said that her performance was not too stressful, Cheng Sau Man and Tong Dawei's parts were more difficult. Because the film was shot in Cantonese, the Northeasterner Tong Dawei stated that before the production began he had to hire a tutor to learn Cantonese. "I was in class everyday, reciting the lines like I was practicing English." The host tested Tong Dawei on the spot and asked him to say Shanghai International Film Festival in Cantonese. Ah Sa immediately whispered to him. Tong Dawei did not disappointed.

Tong Yi attended as the WHEN SUN MEETS MOON lead actress with director Benny Lau Wai Heng. Boss Yeung Sau Sing gave her encouragement and greatly increased her confidence. She said, "For the past few months, director Lau Wai Heng and I have relied on each other for our lives. We were together for all the promotions and audience appreciation events, the more we worked the happier we got. The feeling was a little different from attending the Beijing Film Festival earlier. Because WHEN SUN MEETS MOON has already opened in Hong Kong with decent word of mouth and box office performance, this trip to the Shanghai Film Festival red carpet was particularly pleasant. I look forward to introducing even more people to the 90's Hong Kong nostalgia. Ultimately it is the first time I play the lead, all the film festival selections to me have been hugely encouraging."