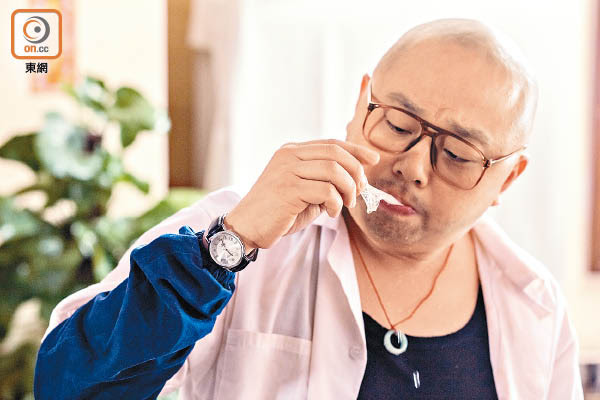 Artist Bob Lam Sing Bun's first lead role with metaphysics expert Mak Ling Ling, Natalie Tong Sze Wing in the Patrick Kong (Yip Lim Sum) produced new film LUCKY FAT MAN (NGOR YIU FAT DAT). In the film Bob often put "odd objects" into his mouth. Aside from the "lobster e mein" made with slipper, straw and mop, he also tried "condom fish maw soup". Bob said that eating condom was not "hard at all" for him. Instead the lottery winning scene got him. "The scene was around several minutes. In it I was watching television, after I won the lottery I was so excited that I lost my mind. I ran back and forth around the living room and screamed." He admitted that after the shoot he completely collapsed and was dizzy!

Playing Bob's wife, Mak Ling Ling also tried something new. She played a "silly lady" with a head full of hair curlers and pajamas, which she rather enjoyed. "I instead don't like playing metaphysics expert characters. I remember when the director introduced the character he hoped that I could be like 92 LEGENDARY LA ROSE NOIRE's Petrina Fung Bobo, dazed and confused for laughs."
Posted by hktopten at 5:38 PM