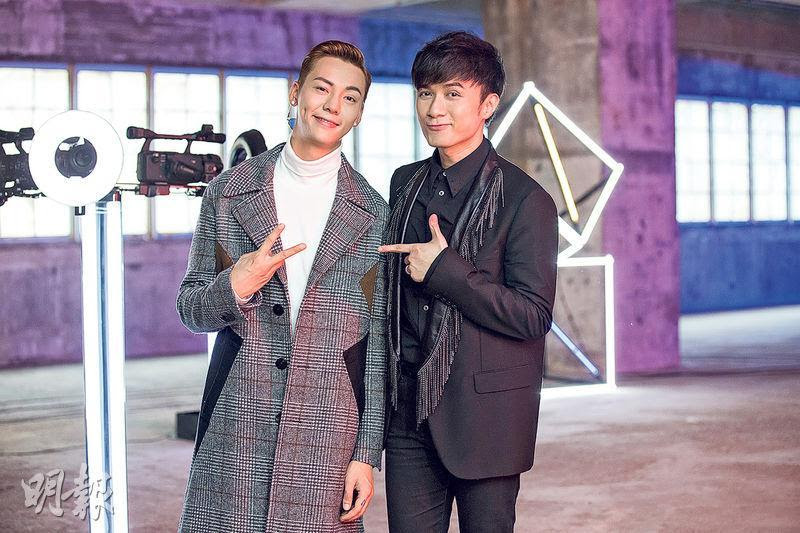 THIS PERFECT DAY was not only the COOK's theme song but also commemorated the Emperor Entertainment 17th anniversary. As the company's first wave of singers Ting Fung was deeply excited. "It's not easy for any company to reach its 17th anniversary, and Hong Kong music has very few group songs like this. It's very rare to see the company so united." Joey agreed. "This time the song brings together the busiest people together like a Lunar New Year family dinner. I look forward to the cheerful atmosphere of the music video very much."

Hak Kun said that he was too uncoordinated so as soon as he arrived he joked that he would only be responsible for stand up singing. Interestingly when Hacken thought that he would be the only one who would stay still, he happily saw someone in his company. "Originally I felt pretty lonely, later I realized that another stand up singing colleague. He happened to be Ting Fung. We got along very well. We didn't really have to dance to be able to set off spark, haha......"

Because the director's stay in Hong Kong was short, they only had one day of real production time. It was rather difficult to bring all eight singers to the same place. The music video at first was planned to shoot on location in Thailand, which changed when the King of Thailand passed away. Finally the Thai team came to Hong Kong to shoot; on the same time they also had to shoot the Mandarin version. No wonder Gei Jai said, "We had to shoot two major scenes in one day, music videos in two languages. The itinerary was jam packed with programs."
Posted by hktopten at 1:39 PM