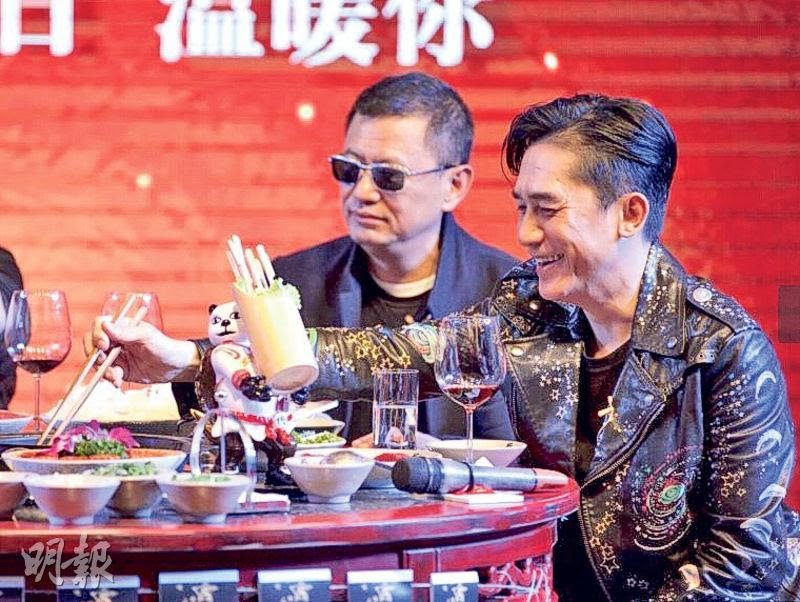 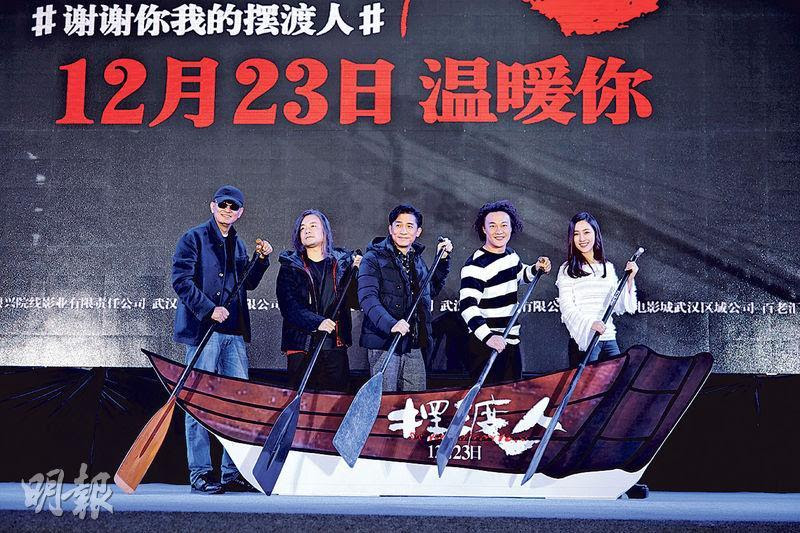 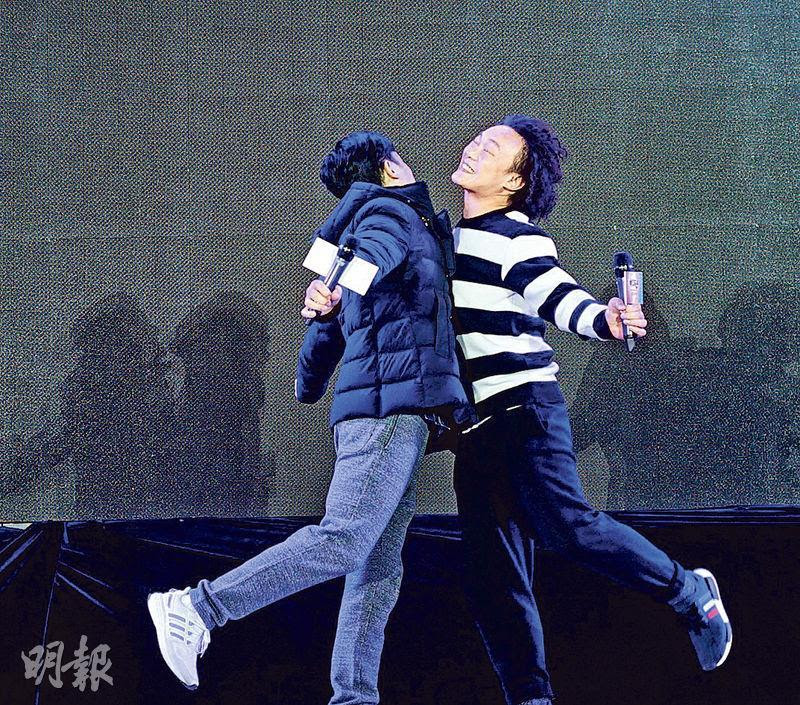 Best Actor Leung Chiu Wai maintained his cool image in front of the camera, but as soon as he saw the spicy hot pot he showed his gluttonous side. He even said even if he would be sweating bullets from it he would be unwilling to stop. Wai Jai kept eating until the event ended. He joked before he left the stage, "The hot pot casserole is very delicious, I still don't want to leave the stage."

Eason also enjoyed this hot pot press conference very much. He was unlike his usually talkative self as he focused on the hot pot casserole, so much so that he could not answer questions in time. He even said that all the eating and drinking on the stage affected his speaking abilities and slowed down his speech.

Angelababy despite her pregnancy still promoted the film in Beijing. She said, "Although I don't know if this film will be able to become my show business milestone, I really have put in a lot of work into this film." She mentioned that because she did not expect to be already with child, when she shot the first snow scene in Shanghai she walked all night in man made rain; in another drinking scene, she drank from the beginning to the end in the long distance shot. Although it was cold water and not real Baijiu, to her it was already very amazing. "Only because director Wong Kar Wai can make everyone believe that he can make good movies, everyone is very willing to risk their lives for him." She did not anticipate any honor that this film would bring her. She admitted that when she took t she did not receive an actual script. She did not know how big her role was and whether Wong Kar Wai would cut it after it was made. She only put an effort into her performance. Speaking of working with Leung Chiu Wa, she called him Mr. Leung and said that he was rather quiet but actually very humorous. They got along when the talkative Eason Chan Yik Shun got everyone talking.
Posted by hktopten at 1:41 PM