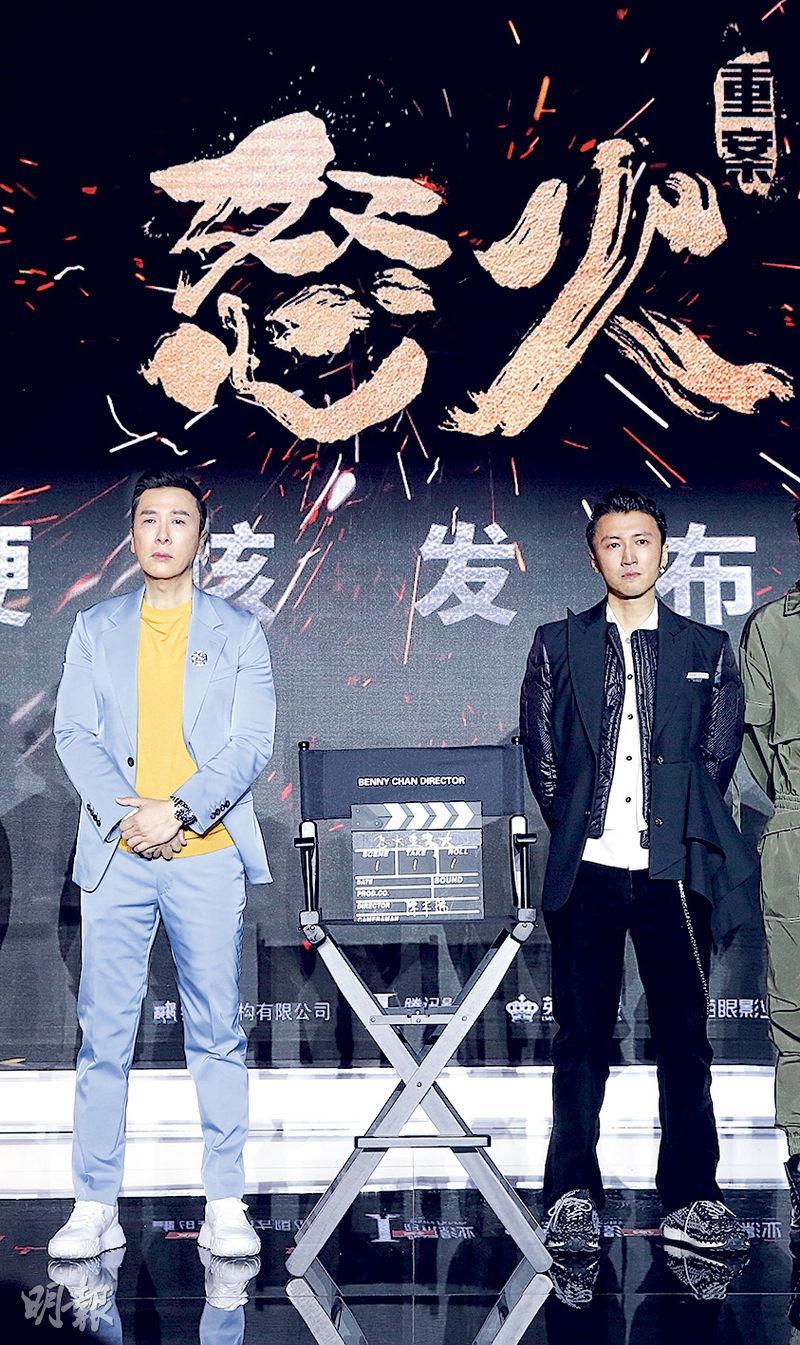 Yesterday Donnie Yen Chi Tan's master class took place at the 24th Shanghai International Film Festival. At the half hour forum, Yen Chi Tan not only shared a variety of experience in his career, but also shared his numerous views and thoughts on action films. In particular when he talked about the examination of Hong Kong action films, he said that personal style was even more flavorful than special effects that money built.

"I feel not just in Hong Kong, human has the power to survive. If we run into the worst trouble, we would try to come up with ways to survive. Without movies to make, how do we live? Without money how do we make movies? Yet Hong Kong at that time made many classic films, all of which were made under the low budget condition." Yen Chi Tan recalled the early Hong Kong action film market and lamented, at that time Hong Kong action divided into different teams. Those who came from different teams would not casually guest star. "It was a little like the underworld." For awhile, the Sammo Hung Stuntman Association and the Jackie Chan Stuntman Association due to Golden Harvest's support made big productions and big hits. "Lord Eight (Yuen Woo Ping) was very troubled, for three years he didn't make any movie, when he didn't make any movie for three years I didn't make any more for three years either." Faced with this situation, Yen Chi Tan after studying action films of Bruce Lee and others suggested, "We don't have money, those were built with money. We will fight with personal style." Since then Yuen Woo Ping's action film styles had the slightest of change. This method extended to when Yen Chi Tan and Wu Jing worked together in SPL (SAT POR LONG). "I remember the producer asked if I needed any prop, I said nothing at all. I only needed to fight with Wu Jing. Two people's style was not something that any prop could replicate."

In Yen Chi Tan's film career were many duel moments with masters, but he admitted, "I have worked with so many people, two people made me focus on the fight. The first was Lee Nin Kit (Jet Li), the second was Mike Tyson."

Yen Chi Tan said, when he made ONCE UPON A TIME IN CHINA 2 (NAM YI DONG JI KEUNG), Tsui Hark asked him to return to play the villain in order to create the strongest pressure on Lee Nin Kit (as Wong Fei Hung). Thus at that moment everyone gave their all, used the fastest speed. "Lee Nin Kit really is very fast, he truly is a strong opponent."

When he made IP MAN 3 with Tyson, Yen Chi Tan was very excited. "Tyson is my idol. I was like a little fan, because since I was little and before I got into the business I have been watching him box." At the same time, Yen Chi Tan warned himself that Tyson did not understand filmmaking. Thus he would not hold back during the fight. "When I was working with him, I told myself to be very cautious and not to think that I was making a movie. I really had to think that I was fighting with him in the ring, in a life and death duel. I couldn't have the slightest carelessness, just a little and not to mention being KO'ed, I would die." In particular Yuen Woo Ping during the shoot would ask all the martial art actions to the fullest. "I couldn't dodge early, I had to wait until he almost reached my head before ducking. You know how dangerous that is, luckily I dodged that punch. At the time I felt the force of his punch, which was like a big truck coming at me at full speed. I sensed that force. Wow, I still remember it in my mind!"

Now the international market recognizes Yen Chi Tan, with many blockbuster offers going his way. Yen Chi Tan stated, without IP MAN, he would not have so many offers of good opportunities, good directors and good projects. He then would not have the chance to elevate himself. Speaking of joining the JOHN WICK 4 cast, he said, "Each time I accept a foreign film role, I feel it is an opportunity for me to show the world the charm of Chinese actors." After receiving and offer, he very honestly yet cautiously confirmed with the film team whether each character and content would respect the Chinese culture. "If not, I definitely wouldn't accept it. The film replied that they really like Chinese culture. After reading the script I felt everything was fine. I also hope that the film would be a 'soft promotion' of Chinese culture and eradicate any stereotypical image."

In addition, Yen Chi Tan and Nicholas Tse Ting Fung two nights ago attended the Emperor Motion Picture RAGING FIRE (NO FOR) Shanghai press conference. Both agreed that they would look for a breakthrough with RAGING FIRE and the greatest determination to go to the next level. After years away from action films, Ting Fung stated that he was itching to punch and kick. After learning that he would work with his idol Chi Tan he was even more excited.

Chi Tan said that RAGING FIRE was the action film that he was the most pleased with in his career. Ting Fung also admitted that he has not have so much fun from fighting for such a long time, and even listed this film as the film that he was the most pleased with in ten years. After years away from the film, Ting Fung really cherished this valuable opportunity. He remembered when he worked with Chi Tan for the first time on DRAGON TIGER GATE (LUNG FU MOON), regrettably they were not opponents. He stated that he "longed to be hit by him". This time in RAGING FIRE, Ting Fung's wish half came true. He pointed out that Yen really accommodated actors, as he would hold back the second before contact. Chi Tan joked, "Ting Fung says to hit hard every time, he really like to get hit! You can't get hurt, if you got hurt, we couldn't make the movie!"

Chi Tan also remembered the final moment of Benny Chan Muk Sing's fight against cancer. He called and said, "I haven't never been in so much pain before, I had several rounds of chemo, I am thinner, I couldn't even eat!" However he sounded very spirited, as the subject never left RAGING FIRE. Months ago Chi Tan got another call from him to tell him that the cancer has spread, but he still passionately talked about RAGING FIRE. In his mind was all about the movie, he never complained at all.

During the group photo opportunity when Chi Tan and Ting Fung saw the empty director's chair that symbolized the past director Benny Chan Muk Sing on the stage, they could not help but turn around and wipe their tears.
Posted by hktopten at 7:11 PM