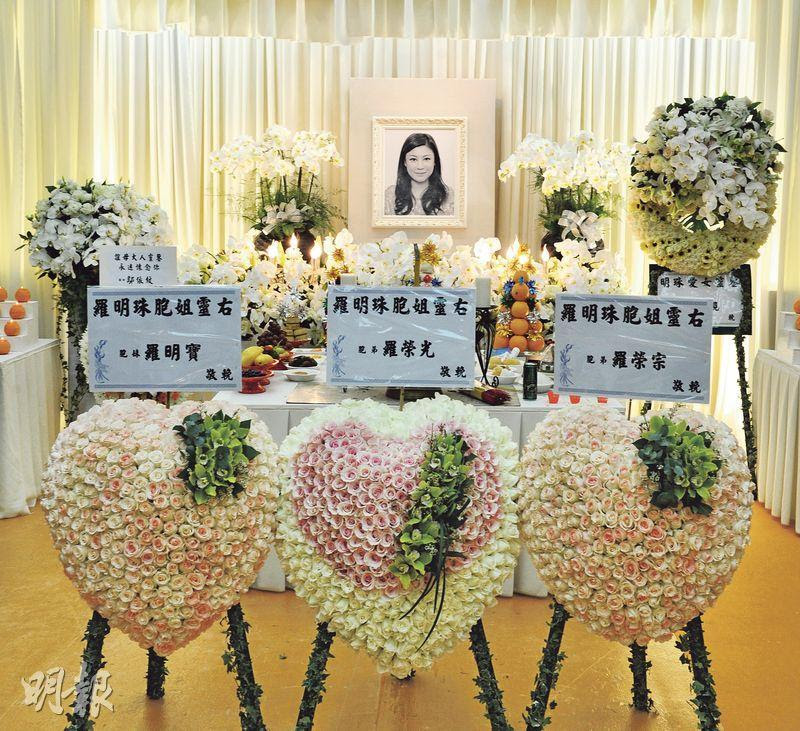 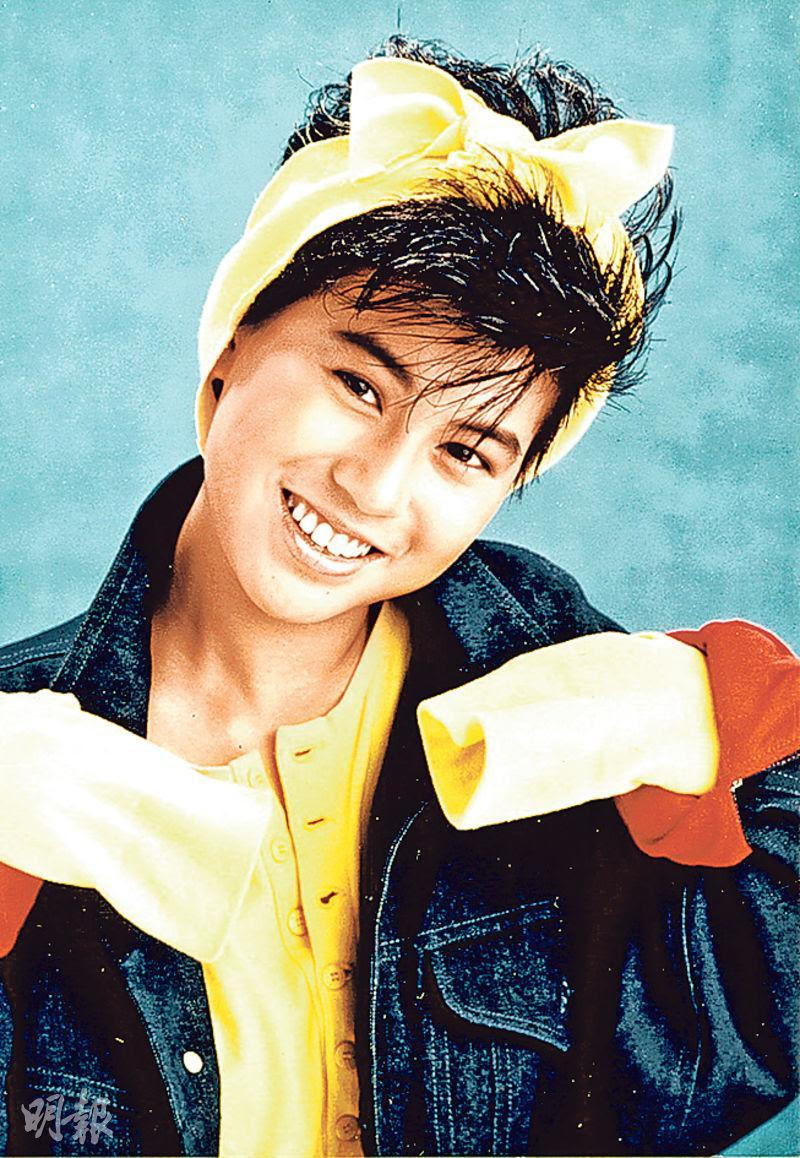 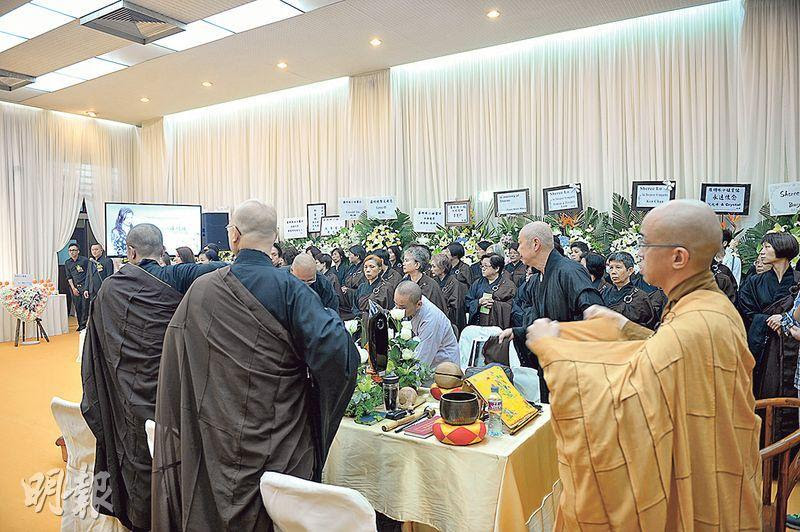 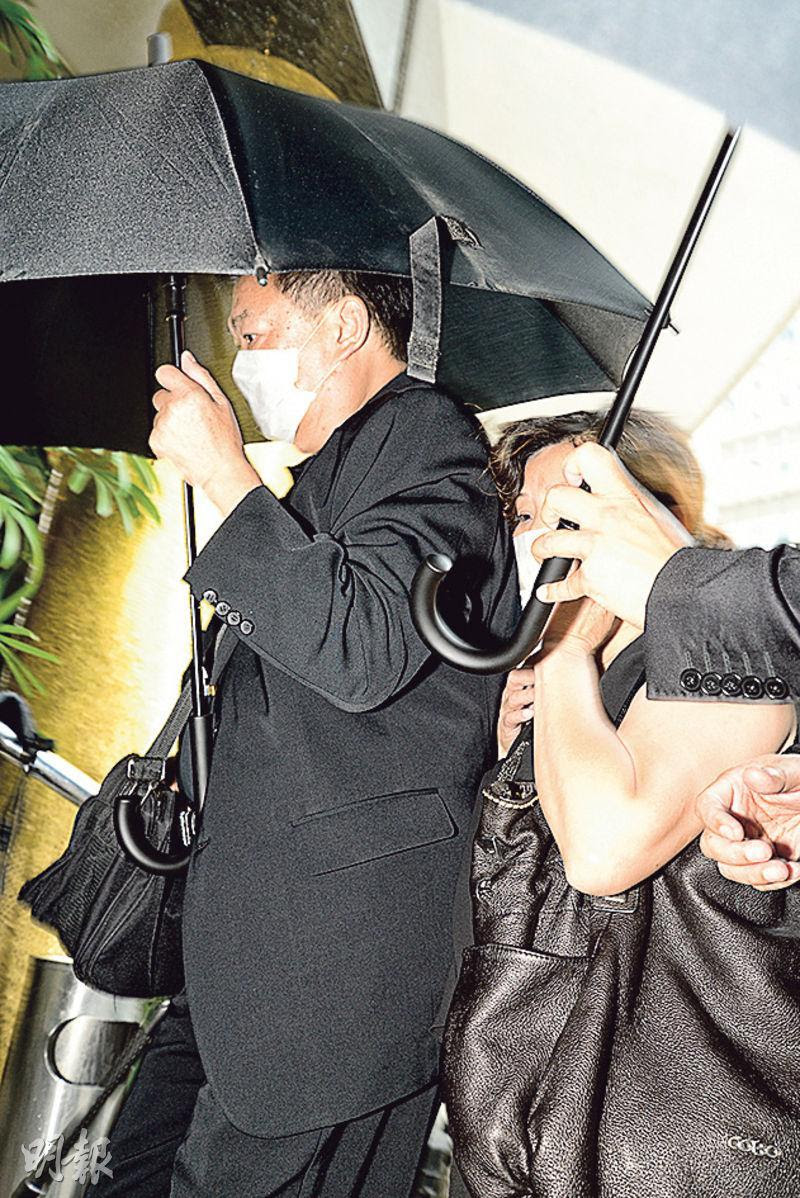 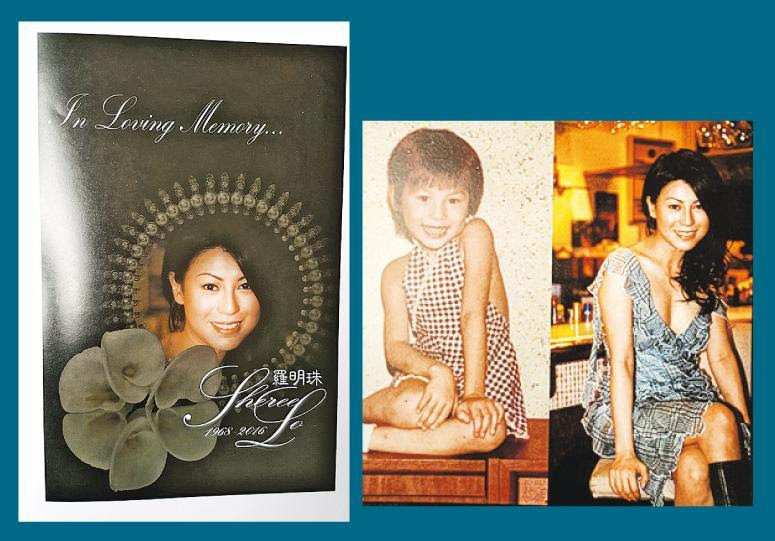 "Happy Girls" first generation member Bonnie Law Ming Chu passed away from heart disease at age 47 year last month. Her services began yesterday at the Hong Kong Funeral Parlor and the funeral would take place today. At 9AM a high monk would conduct a coffin closing ceremony and the remain will be transported to the Cape Collinson Crematorium. Raymond Wong Pak Ming said teary eyed that for over 30 years that he has known Ming Chu she was a happy person. He never thought that she would just go like this. Life was unexpected.

Law Ming Chu's friend and fellow "Happy Girl" Fennie Yuen Kit Ying appeared around 4:10PM. Then Mother Law arrived. Workers set up an umbrella shield formation to block reporters' cameras for her. When the media rushed in the workers kept saying, "That's enough! That's enough!" Because the Law family hoped that the services would take place in a low key matter, the hall closed its doors to the media. Yuen Kit Ying was the only "Happy Girl" on the pallbearer list. Other members did not appear.

Wong Pak Ming who discovered Law Ming Chu and "Happy Girl" member Yuen Kit Ying both came out of the hall to meet with the media. They both looked saddened. Yuen Kit Ying was too heart broken to speak to the media but stayed by Wong Pak Ming's side during the interview.

Wong Pak Ming's eyes were red and swollen as he said on behalf of Law Ming Chu's family to the media, "Ming Chu's famly hoped to handle the services in a low key and solemn manner, so only friends and family were invited. They hope that the media would understand, our mood is very heavy." When he received the news of Law Ming Chu's death he did not dare to believe it and immediately called her phone. However no one answered. Later her family confirmed the news. Wong Pak Ming was stunned. "The last time I saw was two weeks before, when a group of friends celebrated my 70th birthday. We had dinner at a Residence Bel-Air restaurant. At the time she was very happy and talked nonstop. She was very spirited. I never thought that she would just go like that. Life is unexpected." Was Law Ming Chu ill? Wong Pak Ming said, "Supposedly it was heart disease, actually it's unclear. (Was it related to diet pills?) Because someone asked her to work on an internet series, girls like to be pretty. Maybe she wanted to appear at her best. Whether thus her health had problem it would be a speculation. (Did you ask her to make a movie?) She didn't tell me about the internet series. I didn't ask at dinner. At dinner she was all laughs, my impression of her was a happy nut. During the Cinema City era she was already very happy and had a lot to say. For over 30 years that I have known her she was a happy person. I really miss her."

The workers distributed a memorial program "In Loving Memory" to the media. It included a lot of Law Ming Chu's photos and listed her past work. It also included many eulogies from friends. The first page was written by her mentor Wong Pak Ming. Louie Castro, Irene Wan Bik Ha, Kelvin Kwan Chor Yiu, Sam Lee Chan Sam all wrote eulogies to remember her.
Posted by hktopten at 6:35 PM